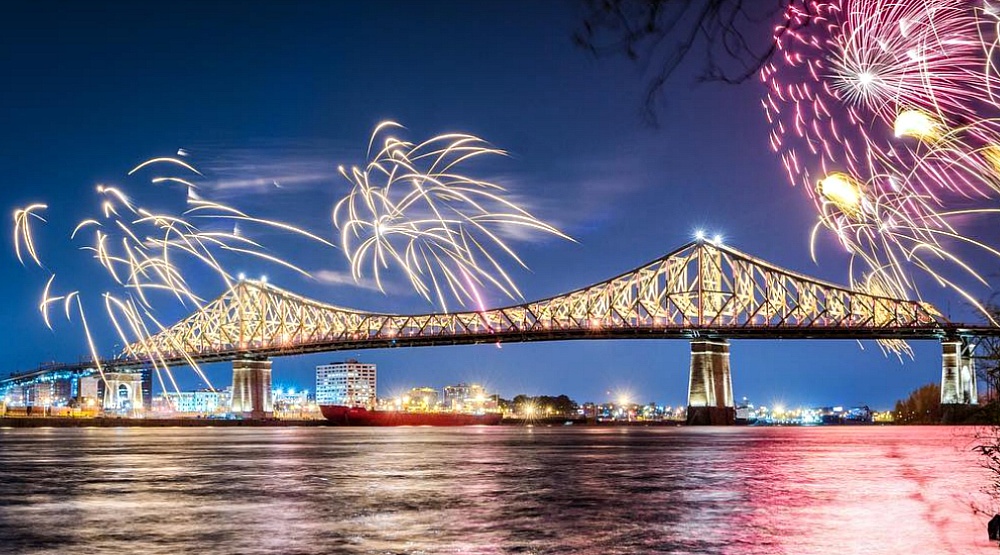 In honour of Montreal’s 375th anniversary, Jacques Cartier Bridge was illuminated last night in a magnificent display of lights and fireworks.

Thousands of people made their way down to the river to witness this moment in history, and it was certainly incredible!

The special inauguration show began at 9:45 pm and lasted 30 minutes. In addition, the bridge was closed between 9pm and 10:30 pm.

Jacque Cartier Bridge’s illumination is part of a bigger project called Living Connections, which aims to emphasize the importance of this historic Montreal landmark. As such, the bridge “will be animated every night by intelligent programming that will evolve to the rhythm of the seasons and the energy of Montreal.”

Thus, if you didn’t see the bridge in all its glory last night, you’ll have many more chances this year!