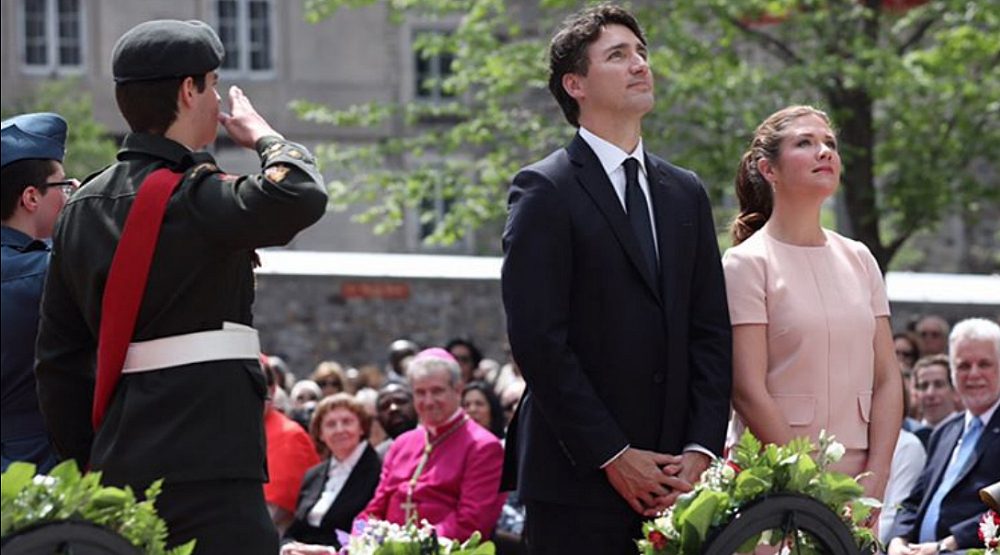 First, he and Sophie met with Montreal Mayor Denis Coderre at Montreal City Hall. From there, the Prime Minister made his way to the Notre Dame Basilica for a special mass where he delivered remarks on the city’s founding and all of its accomplishments since then.

He also released a statement on the anniversary earlier that day, citing many important moments in the city’s past and concluding with, “On behalf of all Canadians, bravo Montréal!”

May 17, 2017 was clearly a historic day for Montrealers far and wide, and between the free transit, dazzling water show in Old Port, and the illumination of the Jacques Cartier Bridge, it is one that will remain in our memories for many years to come.

For those that missed the Prime Minister yesterday, check out 14 photos of Justin Trudeau celebrating Montreal’s 375th anniversary.