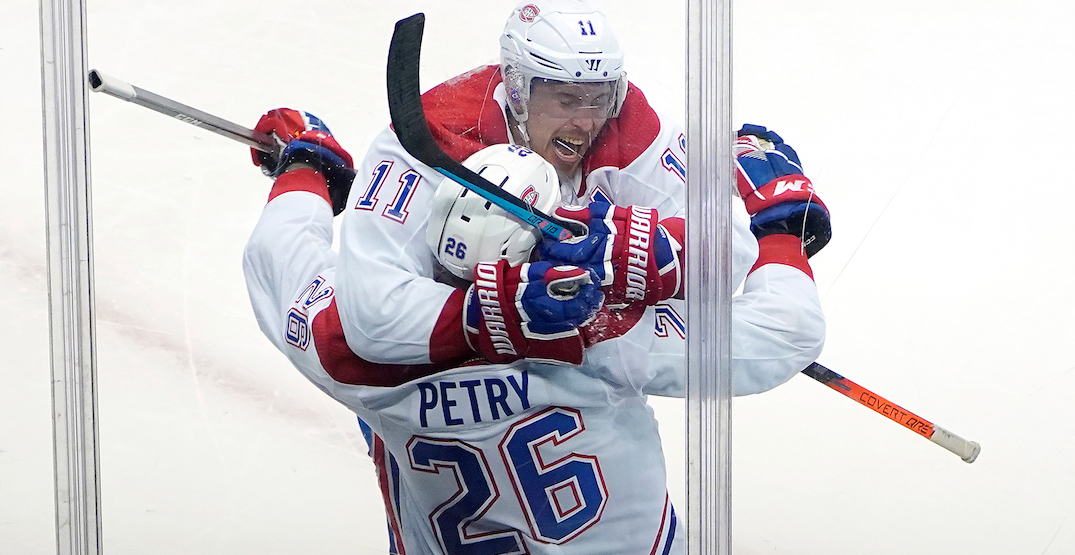 A bigger underdog than anyone in the NHL’s play-in round, the Montreal Canadiens began their quest to shock the world Saturday night in Game 1 of their best-of-five series against the Pittsburgh Penguins.

Things started well for the Canadiens, but the Penguins fought back from a 2-0 deficit to force overtime. But before Pittsburgh could complete the comeback and claim the early lead in the series, Jeff Petry had something to say.

Petry’s snipe past Matt Murray at 13:57 of overtime made the Habs the second 12th seed of the day to take a surprising 1-0 lead in their play-in series, securing a 3-2 win in Game 1.

The game started well for Montreal, as Jesperi Kotkaniemi got a fortunate bounce to open the scoring.

The goal stood up upon review and the Canadiens took a 1-0 lead despite being outshot 17-6 in the first period.

The Habs were only holding onto their lead by a thread, but at 6:53 of the second period, they extended it on a goal by Nick Suzuki off the rush.

Down 2-0, the Penguins began to pick things up.

At 9:55 of the second period, Sidney Crosby got the Penguins on the board on a delayed penalty to Montreal.

Then on the power play just a couple minutes later thanks to a Jonathan Drouin hooking penalty, Bryan Rust tied things up.

After four months, we only have the good kind of Rust.

All of the sudden, it was a brand new game.

Pittsburgh outshot Montreal 8-4 in a pretty conservative third period for both teams — aside from a missed Connor Sheary penalty shot with 3:03 left — and it was off to overtime.

At 6:46 of OT, the much-maligned Drouin had a chance to redeem himself and play the hero after being hauled down on a breakaway. But Drouin’s penalty shot mirrored Sheary’s, as he also failed to register a shot on net.

So, the game continued for almost another seven minutes, until a loose puck squeaked out to Petry — a player many Habs fans wanted to see traded away back at the trade deadline, but was instead tonight’s hero.

The Canadiens have drawn first blood in the best-of-five series, but they still have a long way to go if they’re going to complete this upset of the Penguins. Game 2 will begin at 8 pm ET at Scotiabank Arena in Toronto on Monday.