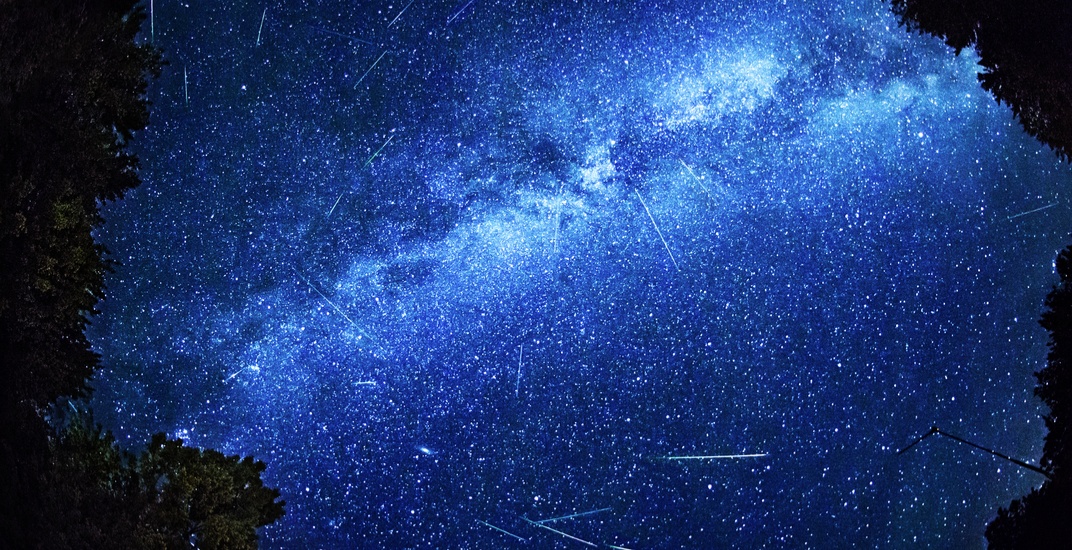 Montreal’s night skies are going to look magical over the next few days.

According to Space, typically there are about 80 meteors an hour, although last year saw between 150-200 meteors an hour. While this year’s peak is expected around 1 pm ET on August 12, meaning the night before and the night after should have good viewing rates, Space recommends the predawn hours of August 12 for the best show.

And while last August saw “an outburst year” when it comes to the shower, this year is expected to be a little more difficult to see due to the presence of the moon, “which will be three-quarters full and will rise shortly before the shower hits its peak around midnight local time,” reports Space.

The display is also very weather dependent, as views may be hindered by cloudy skies. Here in Montreal, the Weather Network is predicting a risk of a thunderstorm on August 12, so just be cautious of weather conditions prior to departure.

The Perseid meteor shower will peak this weekend! https://t.co/OxDAgnZ0YH pic.twitter.com/7InopzgHqR

Time: Watch the spectacle between midnight and dawn on the morning of August 12. NASA recommends about 45 minutes for your eyes to adjust to the darkness.

Place: Darkness is required for optimal viewing, which is pretty tough in the city. But try one of the local parks, such asParc du Mont-Royal. Your rooftop may not be the best solution, (you need to get as far away from light pollution as possible).

If you’re willing to take a road trip, we recommend heading to Quebec’s designated Dark Sky Reserve. The Mont-Megantic International Dark Sky Reserve is about a 2-hour drive from Montreal. The park is far a way from light pollution, giving you the best sky conditions for the meteor shower.