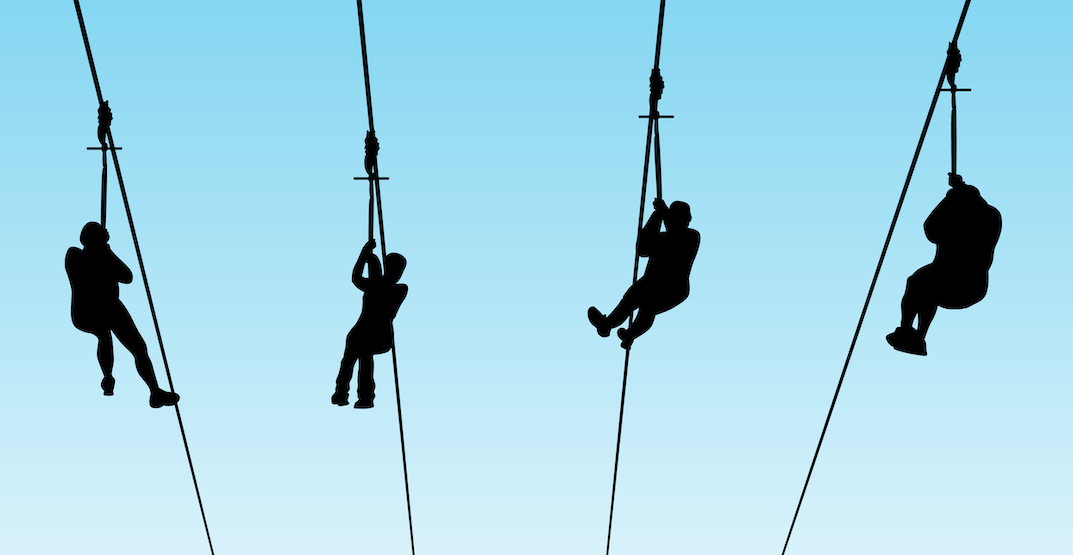 Driving into another province is so last year.

Starting in the summer of 2020, people will be able to soar from province to province along the world’s first interprovincial zipline, connecting Ottawa to Gatineau.

The innovative zipline, Interzip Rogers, will start and finish at Zibi, a 34-acre site that sits on the border of Ottawa and Gatineau.

The 1,400-ft-long line will offer “unparalleled 360-degree views” of downtown Gatineau, the Chaudière Falls, and Ottawa’s Parliament Hill, according to the company’s press release.

Interzip Roger will soar 120 ft in the air above the Ottawa River and the attraction is estimated to be used by over 30,000 people from both sides of the river.

“I salute the creativity of the promoters and their partners for this out-of-the-ordinary concept, which will impress and bring a unique experience to visitors from here and elsewhere,” says Caroline Proulx, Quebec’s Minister of Tourism.

Though renderings of the  groundbreaking Quebec to Ottawa link have yet to be released, a bilingual teaser of the project can be found below.