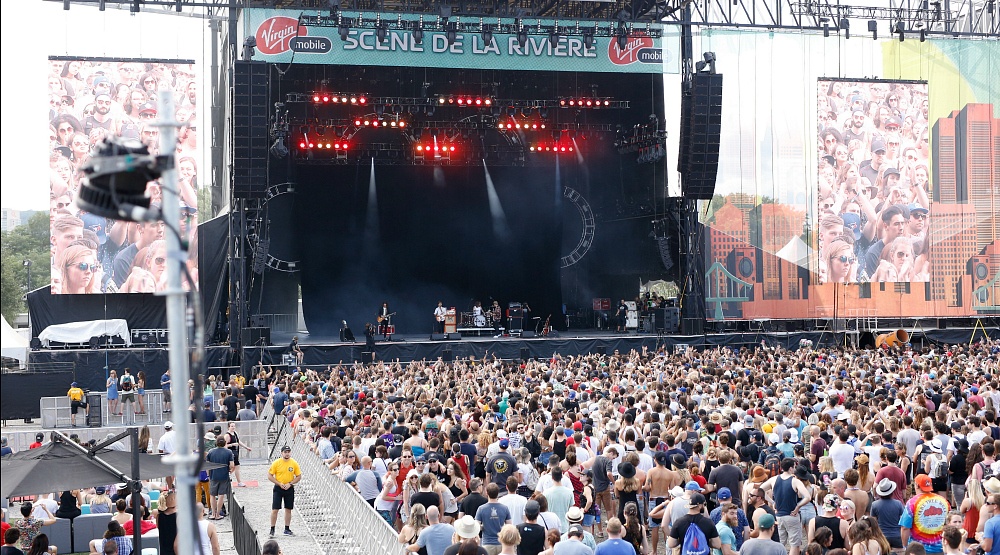 This past week I met with Melanie Doucet, during the course of a radio interview for CJAD, where she reiterated her disturbing story about being slipped a date-rape-drug during Osheaga, a Montreal-based music festival organized by Evenko.

Despite attempting to warn Osheaga’s security staff about the presence of a potential rapist on site, she was dismissed and victim-blamed.

Doucet explained that, at no time when she revealed to Osheaga security that she had been roofied at the festival, did she receive confirmation that they would look into it (they did follow up with a brief generic statement promising to investigate the matter after she went to the media, but nothing since).

“The woman I spoke to seemed stressed and very busy. It didn’t seem like they had added any resources compared to previous years, even though the festival has grown,” explains Doucet. “My concern was mostly being stuck inside a crowd. Anyone who would have been in any sort of medical crisis, who would have had a seizure or a heart attack, they would have been in real trouble that night I was stuck in the crowd. Even the witnesses who tried to help me said they couldn’t find any security, or a medic, or even a beer vendor to flag down for help, so they are also confirming that lack of security.”

Erin Leigh, executive director of the Ottawa Coalition to End Violence Against Women (OCTEVAW), who also joined us by phone for the radio interview, spoke of vital projects like Project Soundcheck, that can help reduce incidents like these. The project launched in 2015 to address sexual violence at large gatherings, and specifically focused on music festivals. It focuses on training music festival volunteers in bystander intervention.

“Project Soundcheck is focused on the prevention component, so we work with staff and volunteers, and in Ottawa we’ve worked with over 20 festivals. And there is no resistance. Everyone is on board to do what we can do to prevent sexual violence,” Leigh tells us.

Most importantly, the City of Ottawa is on board. “We’re supported by the city,” Leigh adds. “There’s a lot of leadership from the city on this issue. Crime Prevention Ottawa funds us to go and deliver free training to festivals, to volunteers primarily, who are the eyes and ears on the ground. […] “I think this is an opportunity for the City of Montreal to fund training like this, and also, Osheaga doesn’t just get to have a festival. They have to get a permit from the city, so what can the city do to incorporate safety measures?”

One would think that, given how the festival has grown by leaps and bounds over the years and the tourist dollars it brings Montreal, that both Osheaga organizers and the City would welcome every opportunity to reduce the likelihood of a sexual assault taking place on site. Laying low and waiting for Doucet’s complaint to hopefully blow over is not the responsible or proactive way to tackle such an incident – particularly when Doucet has no intention of letting this go.

Last week, she sent a registered letter with the following basic eight recommendations to Evenko.

“It’s not rocket science and they don’t have to start from scratch either,” Doucet told me during our radio interview, and looking at the list of recommendations, one would be inclined to agree that most of these suggestions are common-sense and not all that costly.

And even if a little bit of a financial investment would be required to make the festival safer, so what?

The three-day festival has a 42,500-person capacity per day. It consistently sells out every year. Considering that tickets range from $225 for day passes to $550 for weekend Gold Passes, a lot of money is being made here. Why shouldn’t a fraction of that profit be diverted towards increasing safety on site?

Osheaga founder Nick Farkas said that festival organizers are “always focusing on the lineup, and making it better than last year.” Isn’t “safer” a huge component of “better”?

As of Monday, Doucet had not heard from Evenko, although they signed and received the registered letter. If Doucet doesn’t hear back from them by Thursday she intends to launch a petition addressed to the City of Montreal, who grants them their permit. This story isn’t over.