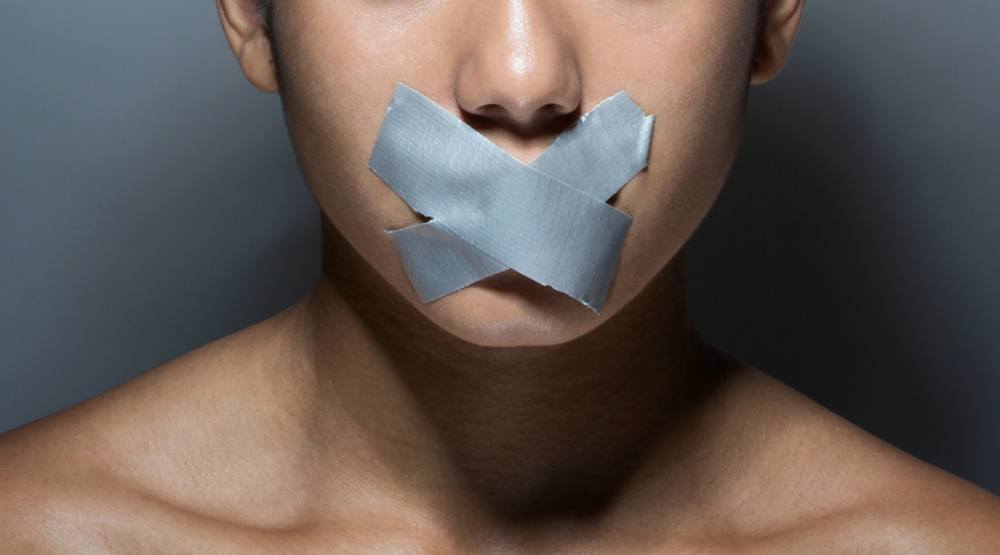 This week I found out that French-language journalist Judith Lussier was ending her seven-year run as a columnist due to the constant barrage of online attacks. Via a very candid Facebook status, she confessed to being emotionally exhausted and in need of some peace of mind. Immediately afterwards, another popular French-language blogger and on-air personality, Manal Drissi, stated that she was also considering doing the same. Two other well-known feminist writers, Marilyse Hamelin and Geneviève Pettersen expressed similar fatigue in a video interview with Le Devoir. Most of these women write about a multitude of topics, but because they are branded as feminist writers, they get the brunt of online trolling.

As a writer, columnist, and on-air contributor who often discusses feminism and women’s rights I’m not a stranger to online harassment. I’m not exaggerating even in the slightest when I say that not a week goes by when I don’t get attacked with the most incoherent, badly written, vile messages of those who seem to think that standing up for women automatically translates to putting men down.

Most of the time I ignore them. The “mute” button on Twitter has become my best friend. Occasionally, when I feel like a sincere question is being asked (out of a desire to learn and not to derail), I try to educate. A few times, when the threats have taken a scary turn, I’ve reported them to the police; only to be met with indifference and the shrugging of shoulders. The SPVM, like most police departments, continues to remain woefully untrained in dealing with cyber harassment and online threats.

When Lussier walking away from her column made the news, I immediately saw the ridicule, passive aggressive snickers, and scorn appear on certain people’s social media threads.

“She’s just looking for attention”, “She can dish it out, but she can’t handle the criticism”, “If you spit in the air, expect that it’ll hail in your face”, “Let her run to her safe space”, and the usual, misguided torrent of “Just ignore it and get on with your life.”

Those who compare the daily barrage of hate that female columnists receive to the hate male columnists get are living in a world of ignorance and indifference. It’s what male privilege is, after all; being completely unaware and uninterested in something that will never personally affect you. Side note: it’s extreme privilege for any male to “counsel” a female writer to ignore rape threats when rape is so much more of a possible reality for women than it is for men in this world.

Online harassment directed at women is rampant and relentless. It’s exhausting to have to deal with, even when you attempt to ignore it. It affects our work as female journalists and writers, and it’s allowed spineless misogynists to hide behind the comfort of their laptops and spew all kinds of micro-aggressions and vileness in the name of “free speech”.

What happened here, of course, is not unique to Quebec. It happens everywhere to women with alarming regularity. Well-known Guardian columnist Jessica Valenti was forced off Twitter after rape threats were issued against her five-year-old daughter. Outspoken feminist writer for the GQ and the Guardian, Lindy West, also walked away from Twitter not too long ago.

“I talk back and I am ‘feeding the trolls’. I say nothing and the harassment escalates. I report threats and I am a ‘censor’. I use mass-blocking tools to curb abuse and I am abused further for blocking ‘unfairly’. I have to conclude, after half a decade of troubleshooting, that it may simply be impossible to make this platform usable for anyone but trolls, robots and dictators,” she wrote.

Lindy West is no stranger to abuse. In her years as a feminist columnist she’s been called a stupid bitch, a fat bitch, a Feminazi, and a cunt. She’s also been cast in different rape scenarios, and other hideous stuff. But the worst and most hurtful thing she ever had happen to her was an online troll creating a fake account and pretending to be her dad, who had just recently passed away.

If you think that your five-year-old kid getting rape threats or someone harassing you while taking on your dead dad’s online persona is still “par for the course” for being an outspoken writer, you’re lying to yourself. You simply don’t have a clue what it’s like to receive such misplaced, corrosive hate and you don’t want to take the time to consider both the origins of it and the ramifications of silencing women in the public space. Because to do so, would mean having to acknowledge both the rampant double standards and a problem you would rather not see.

While there’s no question that the cyberworld can be a particularly vicious place, and that men, too, are often the targets of online hate, the difference lies in how gender-based those attacks are. Men are attacked because of their opinions, never because they are men, while women are routinely attacked because of their gender, with the goal of putting them back in their place or forcing them off the internet entirely. You don’t threaten a writer with the rape of their child simply because you have a difference of opinion on gender parity.

While many accuse female columnists of being too thin-skinned (“If you can’t handle the heat, stay out of the kitchen!” is a time-honoured classic) most women who write about feminism and gender equality are already tough as nails, patient beyond belief, and well-aware that it comes with a price. The price of being subjected to relentless online vitriol because they’re in possession of a vagina and talking loudly while having a vagina. After all, women have been historically silenced for centuries, and so this new form of digital silencing is just one more attempt to reverse or slow down progress. Homer, who wrote that “speech is the business of men” in 750 BC, would be tickled pink to see that many still secretly believe that to be true.

In 2013, brilliant feminist writer Laurie Penny said that “A woman’s opinion is the mini-skirt of the internet. Having one and flaunting it is somehow asking an amorphous mass of almost-entirely male keyboard-bashers to tell you how they’d like to rape, kill and urinate on you.”

In 2015, I joined forces with other like-minded Quebec feminists to co-write a letter published in French-language daily Le Devoir, imploring for the adoption of new editorial policies, better online moderating practices, and better legal tools to tackle online hate speech. It’s almost exactly two years since that letter was written and absolutely nothing has changed. If anything, I see fewer women writing opinion pieces and fewer women on radio airwaves and on TV screens discussing issues of importance to us.

Women continue to be subjected to mansplaining, personal attacks, slut-shaming, fat-shaming, doxing of personal information, attacks on their physical well-being, rape and death threats. If we denounce it, we are mocked as attention seekers, if we walk away we’re seen as weak, if we stay on and tackle it we still lose, because we’re expending valuable time, effort, focus, and peace of mind when we could be writing, analyzing, editing, researching, and contributing to a public conversation that is in desperate need of marginalized voices.

If there’s any modicum of advice I can offer to young women who are tentatively finding their online voices and starting to stand up and be counted, here’s what I know to be true:

Also, a final word to those who dismiss online harassment as a convenient attention-seeking conversation subject matter for female writers. If we keep writing about it, it’s because it keeps happening. None of us are sitting around hoping to be called a cunt so we can gloriously whine about it on social media.

Online harassment and misogyny is only going to get worse in the years to come. As women start to gain more power and take up more public space, the backlash against them will get fiercer as the fight to retain the status quo continues unabated.

Don’t let it get you down. Stand tall. Speak your truth. To paraphrase Gloria Steinem, “this is a fight against the future. But the future is going to happen anyway.”