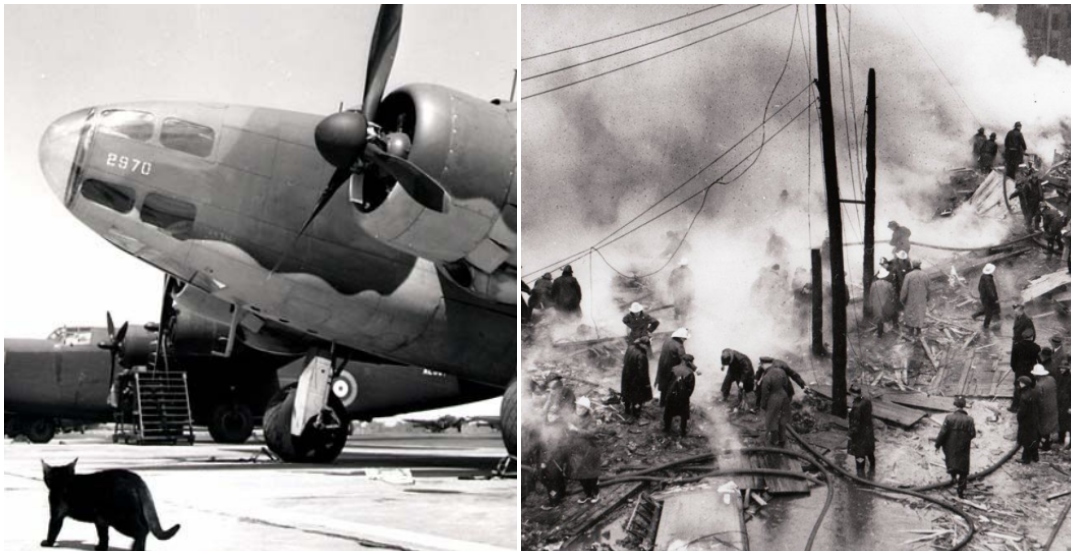 In a city so rich with history, it’s easy for certain infamous moments to get lost in the timeline. The Griffintown plane crash, which occurred 78 years ago today, is one of those often-forgotten chronicles.

In 1944, the Second World War was being fought on all cylinders, and Canadian forces were a key contributor to the Allied Powers’ fight in Europe.

On the morning of April 25, minutes after taking off from Dorval Airport, around 10:30, tragedy struck. A Royal Air Force Liberator en route to Britain through Gander, Newfoundland crashed into the heart of the Griffintown district in downtown Montreal.

According to Griffintown city archives, the fighter plane, containing over 9,000 litres of gasoline, crashed into a pair of three-storey houses on Shannon Street just south of Ottawa Street six minutes after taking off.

The incident was caused by structural breakdown of the tail portion, according to the Ministry of Defense study. Part of the tail was seen detached by witnesses in the Sun Life Building as it flew at low altitude, apparently trying to reach the river to ditch. 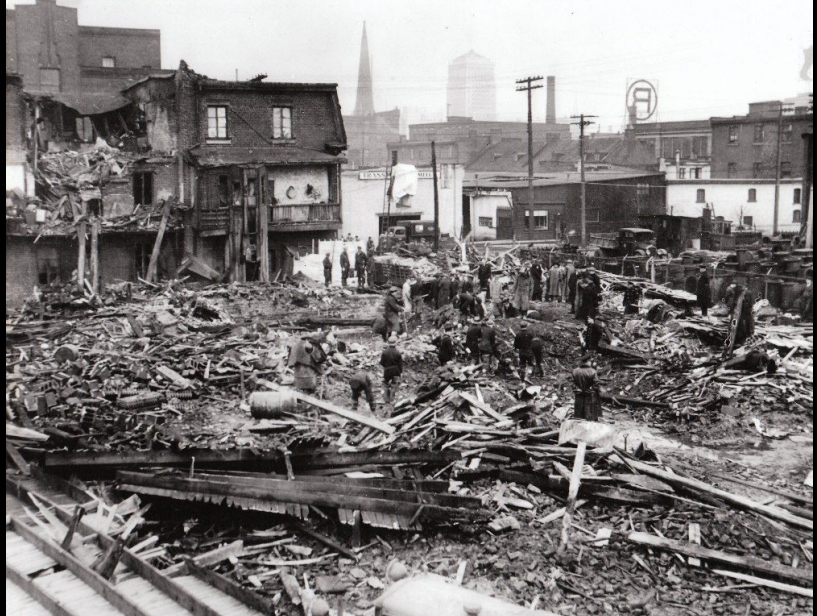 “I heard a great noise from the plane’s engines and looked up and saw the big bomber going into a steep dive,” eyewitness Doris Kirk of the Bell Telephone Company told the Montreal Daily Star the day after the crash. “It seemed to blow up almost immediately, but actually it must have been when it hit the ground as the smoke is still coming from there, but it happened so quickly that the dive and the explosion seemed to come almost together.”

After missing the Sun Life building, the aircraft’s entire five-person crew was killed, along with 10 residents on the ground. At least 10 dwellings were destroyed by a massive fire caused by the crash. The bomber pilot was on his way to join the war effort.