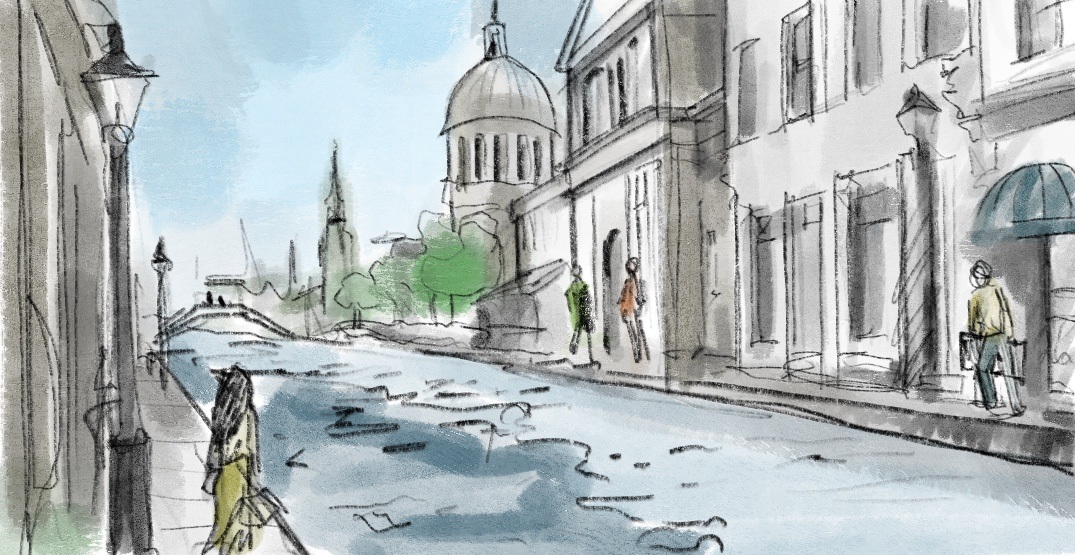 Artistic rendering depicting the concept of a canal waterway through a street in Old Montreal. (Old Port of Montreal Corporation)

A new report released today by the Old Port of Montreal Corporation (OPMC) contemplates the unique idea of turning roughly two km of Old Montreal’s stone streets into canal waterways to help provide the district with a new tourism boost.

‘Revitalization – Old Montreal: From Pavement to Water,’ created by IBI Group and commissioned by OPMC, outlined a potential concept of turning portions of the roadways of Rue de la Commune, Place Jaques Cartier, and Notre Dame St into a new canal network.

The waterway would connect with Bonsecours Basin, and a system of canal locks along Place Jacques Cartier would link the Rue de la Commune canal with the Notre Dame St canal.

“At the edge of the great St. Lawrence River, Old Montreal was the beating heart of Montreal and it flourished from its waterside location, eventually giving birth to contemporary Montreal,” reads the report.

“Canals on select streets could further enhance the Old Montreal experience, which is already the defining tourist experience in the city. By bringing in the waterway inland, such a concept could provide the historic area with a much-needed revitalization.”

It is anticipated every 300 metres of canal will cost approximately $150 million on average, bringing the total to over $1 billion in 2018 dollars.

Such costs include removing and relocating buried utilities such as power lines and sewage and water pipes, excavating streets to depths of 15 to 20 ft, new canal retaining walls, new sidewalks, new street furniture and lamp posts, new pedestrian and vehicle crossings that provide enough clearance for small watercraft, and water pumps for the canal locks.

A small fire boat, operated by the Montreal fire department, may also be required to ensure fire access is retained for all buildings fronting the canal. 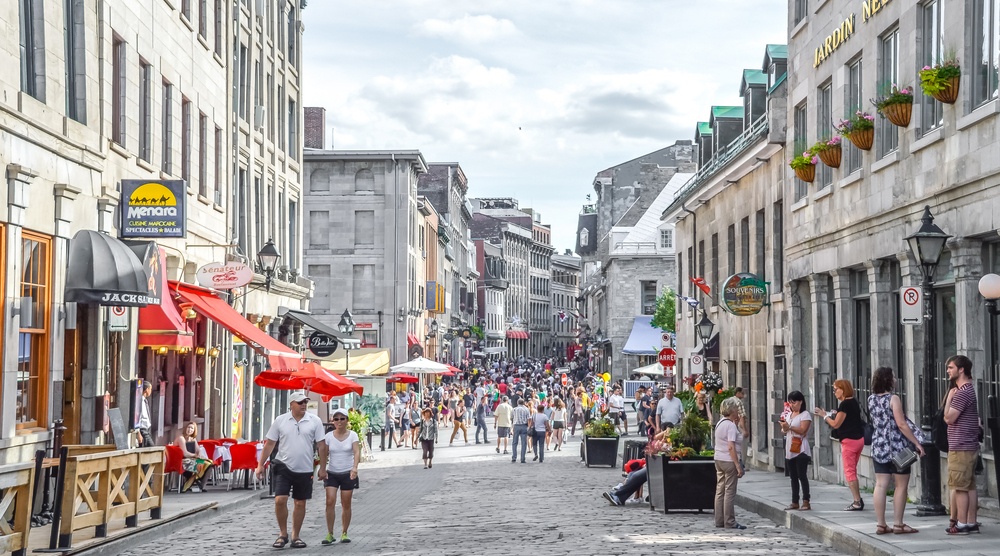 A further $300 million has also been included as a contingency fund for any unexpected costs, particularly with excavation, the shoring of structures, and archaeological preservation costs given that centuries-old artifacts are likely to be uncovered.

Archaeological discoveries dating as far back as the 17th century could halt work and extend the construction timeline, potentially adding to costs significantly.

The report did not examine the potential impacts to existing local businesses during construction, but it did note that further mitigation efforts — in consultation with the affected businesses and property owners — would be required to limit the impact.

Furthermore, an extensive environmental assessment and geotechnical study would be required to determine whether the concept is technically feasible.

Another issue identified by the report for this concept is the impact on the event-hosting capabilities of these historic streets, given that traditional events held on pavement can no longer be held.

But it identified opportunities for new water-centric events and activities, including parades held on a fleet of pontoon floats, water cycling, water bumper boats, and canoe and kayak. During the frigid winter months, the waterways will become frozen, allowing for a new wintertime ice skating opportunity. 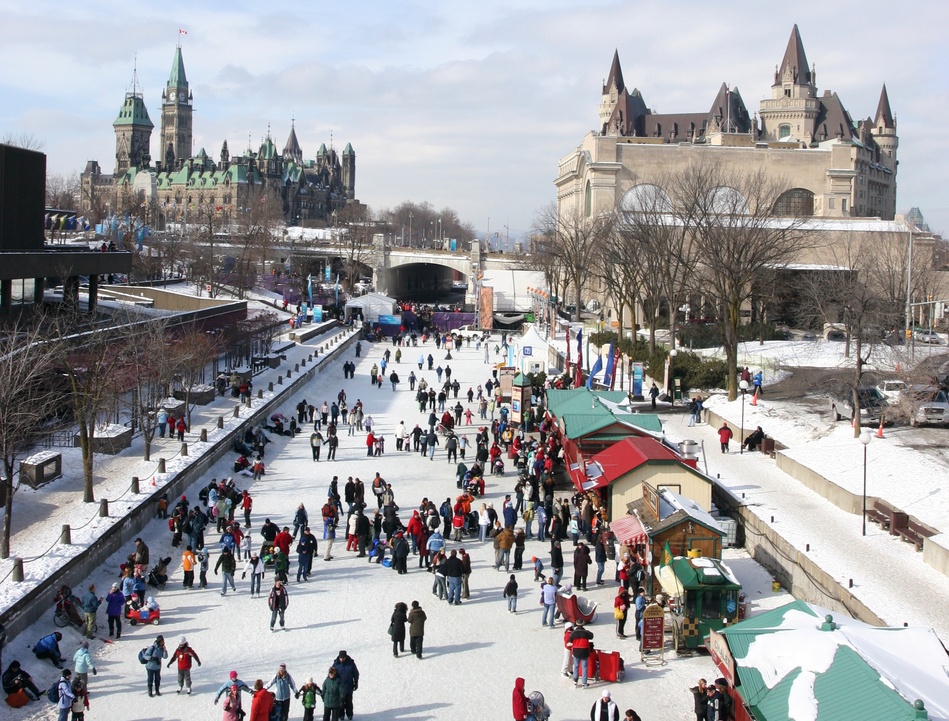 Ice skating on the Rideau Canal in Ottawa. (Shutterstock)

Interestingly, the report also highlighted the potential impact these street canals could have for major events held on the Old Port of Montreal riverfront that draw in excess of 100,000 people, including the Montreal International Fireworks Competition and New Year’s Eve.

The canal conversion of these key streets through Old Montreal could have a major impact on the ingress and egress of crowds from the riverfront.

While urban canals are most often associated with Venice, the report extensively cites the River Walk in San Antonio, Texas as the eminent example of the successful application of a contemporary urban canal system that has become a hotspot for local residents and tourists. 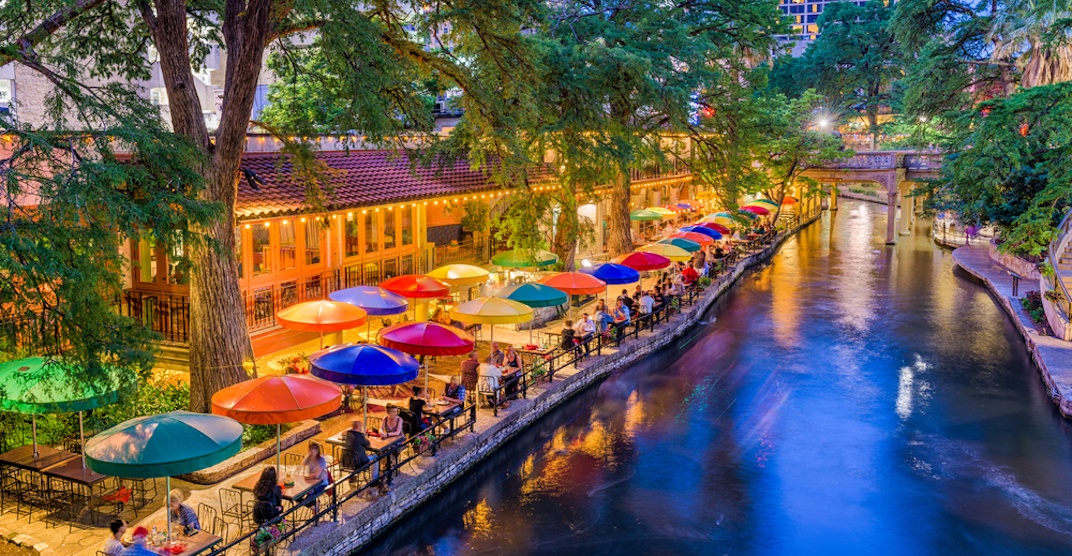 According to tourism officials in San Antonio, about 11.5 million people visit the four-km-long River Walk every year, with the vast majority being tourists. Visitor spending within the River Walk creates an overall economic impact of $3 billion annually and influences 21,000 jobs in San Antonio.

Currently, visitation in Old Montreal is estimated to be about seven million people per year.

One alternative and far less ambitious option to provide Old Montreal with a catalyst for revitalization is a UNESCO World Heritage Site designation.

In its World Heritage Site program, UNESCO (United Nations Education, Scientific and Cultural Organization) selects landmarks or areas that have a cultural or historical significance, and such sites are legally protected by international treaties once formally designated.

Sites with a UNESCO designation generally see significantly increased tourism, but the application to receive such a distinguished designation is highly complex. Major hurdles would have to be overcome, the application process would take a minimum of 10 years, and there is no guarantee for success. 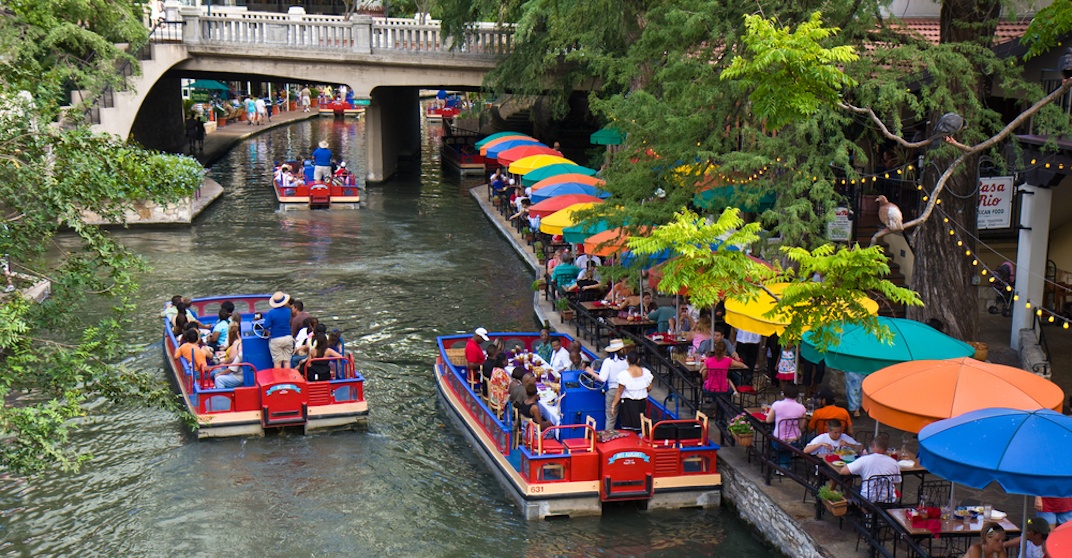 Canada currently has 18 UNESCO World Heritage Sites, with the majority being natural sites such as national parks and geological formations. Urban sites include the Historic District of Old Quebec City and Nova Scotia’s Old Town Lunenburg – one of the best surviving planned British colonial towns in North America.

The City of Vancouver and the Government of BC are currently in the process of exploring the feasibility of a UNESCO World Heritage Site application for Vancouver’s Chinatown.