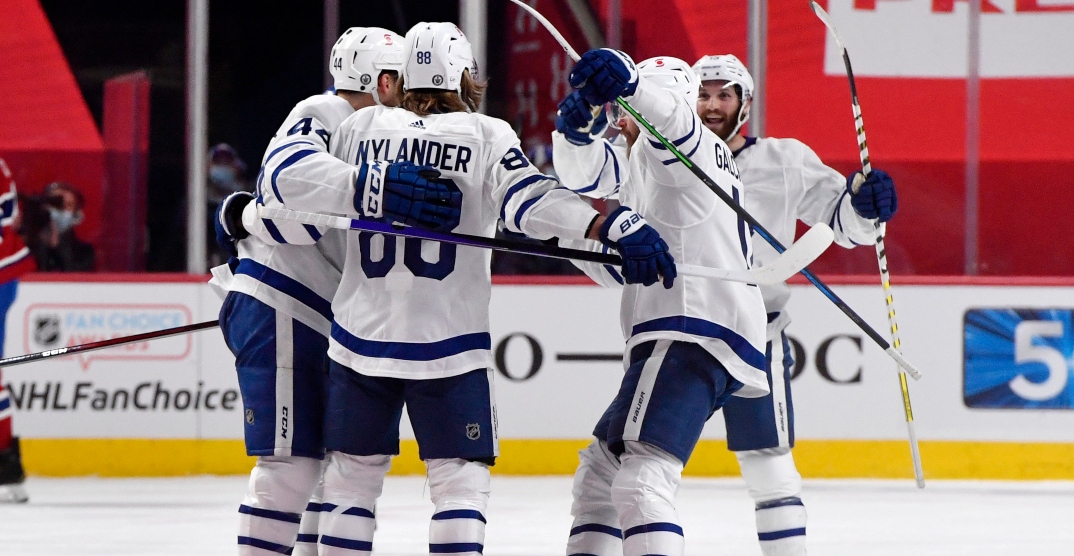 Jack Campbell stopped 25 of 26 shots, helping the Toronto Maple Leafs to a 2-1 win over the Montreal Canadiens in Game 3. The Leafs now hold a 2-1 series lead.

After a scoreless first period, Willam Nylander opened the scoring at the 7:18 mark of the second. His shot deflected off the skate of Ben Chiarot and in as Nylander scored for the third straight game.

Later in the second period, Nick Suzuki tied things up for Montreal.

After a back-and-forth second period, Montreal was unable to tie things up on the third as Toronto successfully steered the one-goal lead home, despite a 15-2 edge in shots for the Habs in the final frame.

If there’s a silver lining for the Canadiens, it’s that it’s looking like Carey Price is going to do all he can to steal this series.

Those were among the highlights of the 27 saves Price finished the night with. As well as he played, though, the Habs aren’t giving him many goals to work with. They’ve scored just four goals through the first three games of this series.

The Habs inserted Cole Caufield into the lineup to make his postseason debut in place of an injured Eric Staal. He finished with three shots on goal, plus a shot off the crossbar on a power play in the first period, in 15:13 of ice time, but wasn’t able to find the scoresheet.