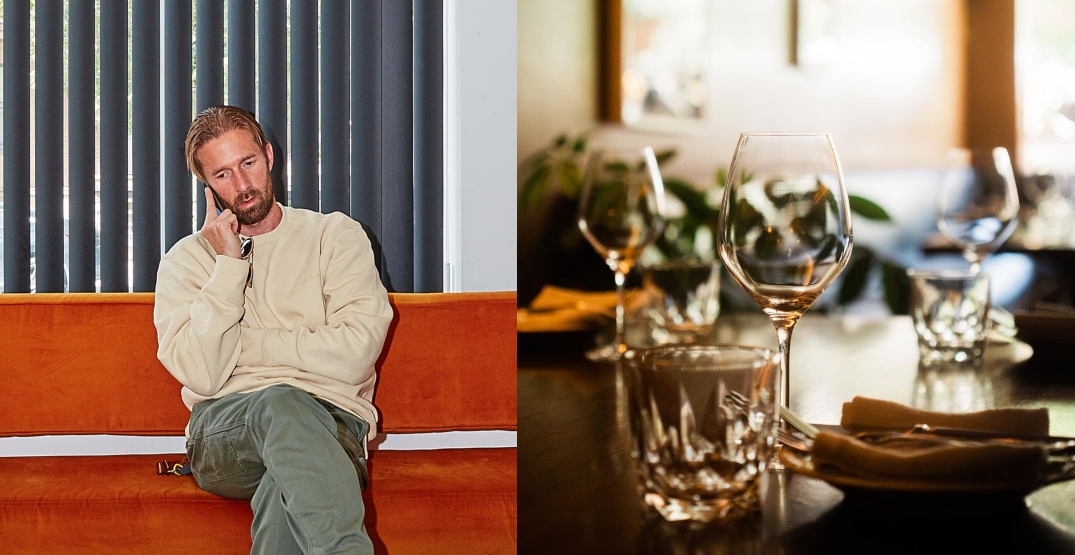 As one of Montreal’s most celebrated restaurateurs, Ryan Gray co-owns and operates three of the city’s most popular eateries in Nora Gray, Elena, and the newly opened Gia Vin et Grill.

When Quebec imposed a province-wide curfew ahead of New Year’s Eve, Gray, like hundreds of other business owners across the city, had to — once again — promptly close his doors and lay off staff despite cooperating with all COVID-19 guidelines and enforcing the province’s vaccine passport.

After two years of following the provincial government’s ever-changing measures that have forced him to close and reopen multiple times only to close once again, Gray says he is tired of being “kept in the dark about the decision making” that is hurting his industry.

“We’ve had to adapt as quickly as possible to then be able to stay afloat throughout the lockdown. It’s completely exhausting, and honestly, incredibly demoralizing,” says Gray, who believes that gourmet restaurants, whose service is an integral part of the dining experience, have not been given a fair amount of time to adapt to new restrictions.

The restaurateur was given only nine days’ notice the last time he reopened his dining room after being forced to close for six consecutive months. Better communication, he says, could help ease tensions between suffering business owners and the government. “It’d be really, really helpful if the government had a real dialogue with us. We can’t just flip on a switch. There is an actual supply chain where people really do depend on us purchasing from them.”

In a January 13 press conference, Quebec Premier Francois Legault announced that schools would reopen and that the curfew would be lifted on January 17. The Premier provided no details about the reopening of restaurant dining rooms.

“The provincial government has basically given us nothing since the start of this thing, except uncertainty. We’re not necessarily opposed to the lockdowns. We just need better communication,” says Gray.

While some of the city’s other restaurants have recently opted to defy the rules and open their doors to customers despite not being allowed, Gray, who has once again made the switch to take-out, says he will wait patiently despite the growing frustration among him and his peers.

“We’ve followed every single mandate. We’ve complied and complied and complied. They’ve got to let us open because we’re being squeezed from every side,” explains Gray. “In an ideal world, it’s either they keep us closed, and the government pays our staff like they did last time, or let us open because, truly, it doesn’t make sense to do anything else.”