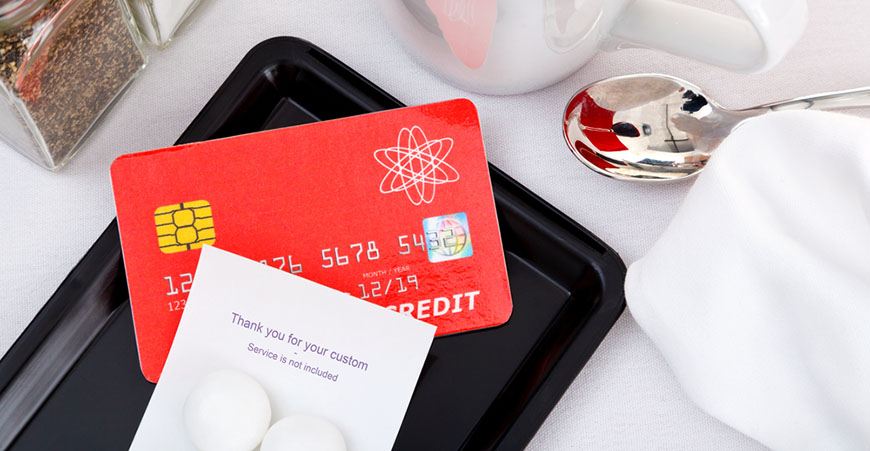 The social custom of tipping continues to plague Canadian dining. Unlike in other countries, such as Australia where customers either tip or they don’t, diners in Canada are expected to tip just about everywhere.

While many diners are keen to reward their servers for a job well done, it’s the enforced tipping (of 15 to 20% of the total bill) that really grinds peoples’ gears, so much so it seems that Canada is a nation divided over this longstanding tradition.

According to a new public opinion poll carried out by the Angus Reid Institute (who conducted an online survey from May 30 to June 6, 2016, among a representative randomized sample of 1,505 Canadian adults), “slightly more Canadians tilt towards maintaining the status quo than ending the tradition of leaving a gratuity.”

With an increasing amount of restaurants across the country implementing a no tipping policy onto their bills, the poll finds two-in-five Canadians (40%) say they would like to move to a “service-included” model for restaurants, rather than keep the current tipping model (46%). Roughly one-in-seven (13%) have no preference for either system.

Just this week, Earls67 (an offshoot of Earls – a Canadian casual dining chain) in Calgary made waves for piloting a no-tipping policy in lieu of a 16% hospitality charge for diners. This change will see 16% added to every bill regardless of the size of party or whether diners wanted to tip more or less.

Earls believes this new model will help them redistribute compensation to the right people, with 100% of the 16% going directly to the cooks and servers – a change, they hope, that will result in a better guest experience as it promotes teamwork.

However, some have argued that the hospitality charge is misleading, and is just an alternative to tipping. To counter this, a number of restaurants around the country have raised the price of food in order to pay their staff higher wages.

In Vancouver, Nevada Cope, owner and operator of Ritual (BC’s first certified living wage restaurant), previously implemented a no tipping policy. Removing gratuities from the menu, Cope aimed to influence the culture of the restaurant industry.

However just prior to publication, Ritual reversed their no-tipping/living wage policy.

A message on the restaurant’s Facebook page reads: “The costs associated with a living wage were impossible to bare with our high rent and other expenses. Menu prices have been lowered as such to reflect the change in labour cost. We still believe in making the work environment fair for all employees so now any tips received are equally distributed between front and back of house. We thank you for your on-going support during this time. We still fully support the concept of a living wage for employees and wish that we could carry on with these values. It is simply unsustainable given the high overhead.”

In theory, a tip is a way of acknowledging and rewarding good service, however, the poll also showed that three-in-five people (61%) agree with the statement “Tipping is no longer about showing appreciation for a job well done.”