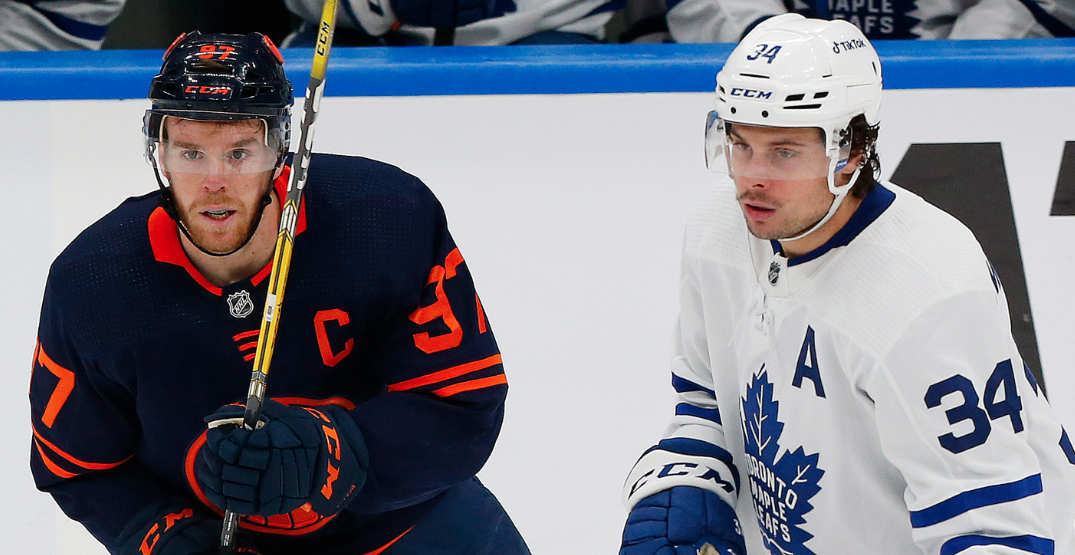 Connor McDavid leads the NHL in points, so it should come as no surprise that he leads the Pacific Division in votes for the NHL All-Star Game, too.

But he’s not the overall leader in All-Star votes, the NHL revealed ahead of Saturday’s voting deadline.

McDavid is the frontrunner for the 2022 NHL All-Star Game captains vote from the Pacific, garnering 7.2% of the overall fan vote. He has a 28.7% share of Pacific Division votes, a 17.6% edge on the division, besting teammate Leon Draisaitl for the honour.

The 24-year-old Edmonton Oilers captain has 53 points (19 goals, 34 assists) in 33 games to pace the NHL this season, topping Draisaitl by one point. His 1.61 points-per-game is also tops in the league. His 34 assists is first, and his 19 goals ranks tied for fifth overall.

He and Draisaitl are considered potential frontrunners for the Hart Memorial Trophy, awarded “to the player adjudged to be the most valuable to his team.” Draisaitl has 52 points (25 goals, 27 assists) in 33 games.

The voting is close! Who do you want to see as the captain for your division?

Auston Matthews of the Toronto Maple Leafs leads Atlantic Division voting with 17% of the overall share, a 6% lead on Steven Stamkos of the Tampa Bay Lightning.

Matthews, who has a 4.2% share of the overall vote, is 17th in league scoring with 33 points (20 goals, 13 assists) in 28 games. He’s tied with Sebastian Aho of the Carolina Hurricanes in goals, and trails only Draisaitl and Alexander Ovechkin of the Washington Capitals.

He was named the NHL’s First Star of the Month for December with 14 points (10 goals, four assists) in seven games.

Ovechkin leads McDavid in the overall vote. He has a 7.7% share of total votes.

Nathan McKinnon of the Colorado Avalanche is fourth at 3.5%.

The 2022 NHL All-Star Game will be a three-game, 3-on-3 format again this year, with the Vegas Golden Knights hosting the mini-tournament as part of All-Star Weekend at T-Mobile Arena on February 4-6.

Full rosters will be announced January 13.