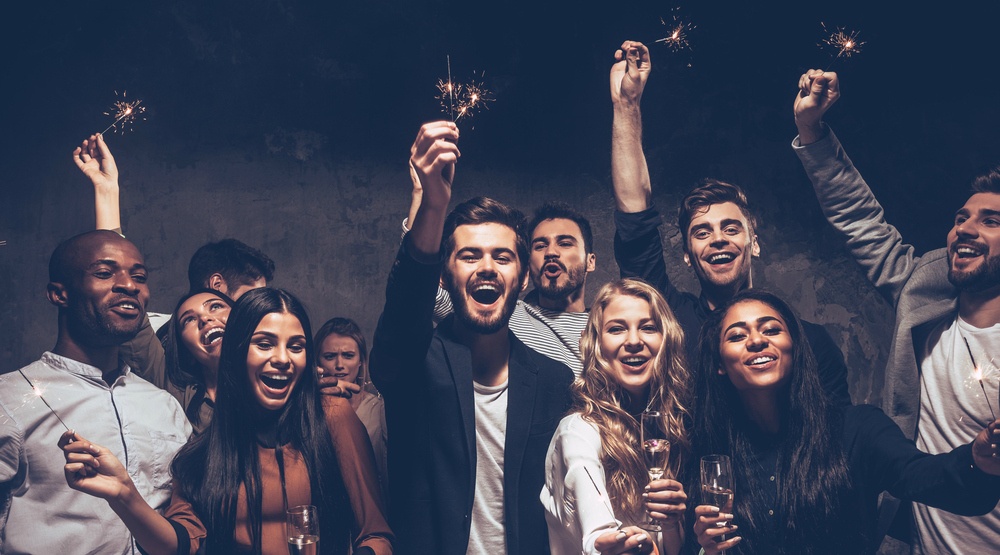 We know Christmas is only a week away, but that means that New Year’s Eve is less than two weeks away so it’s probably time to start planning the ultimate night of partying.

Lucky for you, Montreal’s nightlife scene is top-notch all year round which means on New Year’s, the city goes all out.

Check out 15 New Year’s Eve parties to attend this year in Montreal.

Want to keep it casual and fun? Then this is your jam. Join this NYE house party in the New Old Montreal with DJ Kelly Nunes, beer pong, and whole lot of good time as only Santos know how to do.
When: December 31, 8 pm
Where: Santos
Tickets: 150$ Open Bar / includes canapés

All you need to know is that the club will be covered with gold balloons, entry is $25, and you can buy a bottle service for $10,000! Don’t worry other options are obviously on the menu but this party will be off the chains. If a modelling agency is involved, you know the crowd will be top notch.
When: October 31, 9 pm
Where: École Privée, 1 Rue Milton, Montreal
Tickets: $25 entry – a few packages are available for bottles

Enjoy a classy New Year’s Eve cocktail party at Mayfair Cocktail Bar. There will be complimentary bites from 9pm until 11pm and a popping of the champagne ceremony at midnight.
When: December 31, 7pm
Where: Mayfair Cocktail Bar, 451 Rue Rachel Est
Tickets: $30-$50

An exciting dance party on St Hubert that is not to be missed! Featuring music from warm and tropical regions like South America and the Caribbean, get ready to for a night of salsa and merengue.
When: December 31, 9pm
Where: Nestor Bar Private Lounge, 2nd Floor, 6289 Rue Saint-Hubert
Tickets: $20

Enjoy the VIP treatment at Montreal’s own Club Facul-T. There will be a live countdown, balloon drop, and champagne toast. The event also features 5 DJs, a laser show, and an impeccably decorated dance floor.
When: December 31, 10pm
Where: 3556 Boul St-Laurent
Tickets: $49.99-$99.99

Saint Laurent’s Muzique is set to be transformed this New Year’s into a glittery paradise complete with red carpet, themed rooms, and flowing booze. Plenty of special VIP packages are available.
When: December 31, 8:30pm
Where: Muzique, 3781 Boulevard Saint Laurent
Tickets: $35

For the fifth year in a row, Chateau St-Ambroise is hosting one of the most exciting New Year’s events in the city. Located in trendy Griffintown, party-goers can expect an open bar, DJ CRK, and a room of guests dressed to the nines.
When: December 31, 10pm
Where: Château St-Ambroise, 4030 St-Ambroise
Tickets: $50

Club Le Cinq is hosting their annual pre-New Year’s Eve party. In case you want to ring in 2017 with a whole weekend of partying hard, head to Le Cinq for VIP bottle service and DJs playing everything from Top 40 to house music.
When: December 30, 10pm
Where: LE CINQ, 1234 Rue de la Montagne
Tickets: $10-$20

NYE Enchantment Under the LAB

With the theme of “Back to the Future Tux & Prom Party,” you’re guaranteed to have a blast at Montreal’s Le Lab in the Plateau. Each ticket guarantees you entrance, three cocktails from their special New Year’s Eve menu, some bubbly for the countdown, and alcohol-infused treats.
When: December 31, 9pm
Where: Lab, Comptoir à Cocktails, 1351 Rachel Street East
Tickets: $65

This unforgettable New Year’s party treats guests to three stages: a 5-course meal made by chef Devon Latte, a midnight celebration featuring champagne, oysters, and a heated terrace, and finally, the partying portion which includes an in-house DJ and bottle service.
When: December 31, 8pm
Where: 1101 Rue Bleury
Tickets: $150

Playing the most popular music from Top 40 to R&B, Copacabana will be crawling with party-goers come New Year’s Eve.
When: December 31, 9pm
Where: Copacabana, 1469 Crescent St.
Tickets: $49.99

Hosting an all-inclusive open bar party since 1999, Saint Laurent’s Club Soda is a Montreal institution. No need to worry about tipping, enjoy a night of free drinks ranging from spirits to cocktails.
When: December 31, 9pm
Where: Club Soda, 1225 Saint-Laurent
Tickets: $89.99