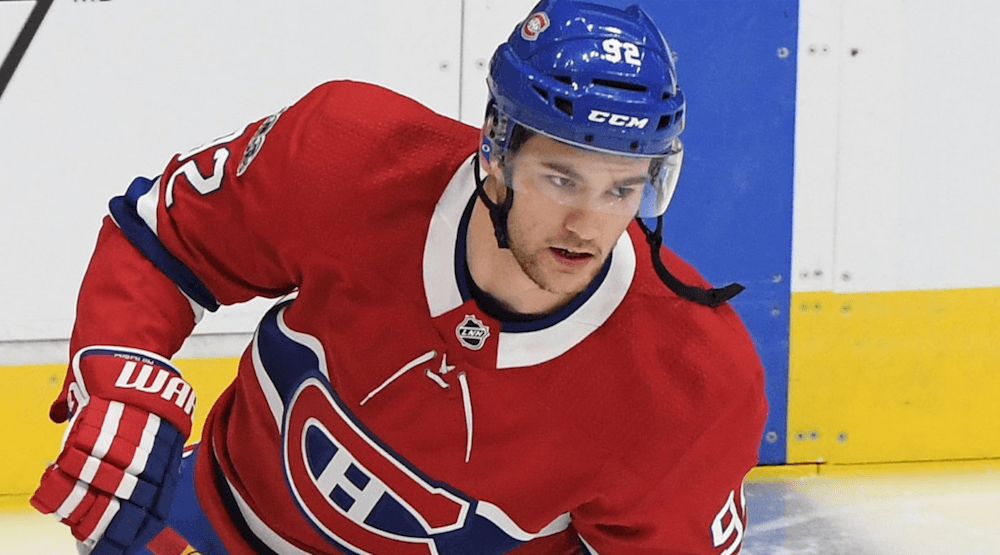 Coming off an Atlantic Division title, the Montreal Canadiens will aim to remain Canada’s top team in 2017-18. Only this time, they’re going to want more than a first-round playoff exit.

A lack of scoring was quickly identified as the main issue. Montreal managed to score three or more goals just twice in six playoff games against the New York Rangers. They won both of them, but failed to score more consistently, and consequently lost the series 4-2.

With that, general manager Marc Bergevin’s pursuit of scoring help came as no surprise – especially considering that Alexander Radulov, the club’s second-best scorer last season, signed with the Dallas Stars as a free agent.

Especially the top-line centre position has been a frequently talked-about issue ever since the Canadiens decided Alex Galchenyuk wasn’t the one. They gave up top prospect defenceman Mikhail Sergachev to land Jonathan Drouin, who might solve some problems. Montreal’s been rumoured to be in on Colorado’s Matt Duchene as well – but he will likely come at the cost of Galchenyuk among other assets, if a deal gets done.

On defence, things got quite messy over the summer. In addition to Sergachev, Andrei Markov, Alexei Emelin, and Nathan Beaulieu are all gone. The Canadiens tried their best to make up for it, adding five new d-men to the system.

But is that enough to be a Stanley Cup contender?

Here’s a look at every player the Canadiens added this summer, and what they can provide for the team.

Drouin was always looked at as a skilled and speedy winger who might be able to transition to centre one day. He will get his chance to prove he can do that in Montreal.

So far, things are looking good. Drouin recorded a goal and five points in three preseason games at centre. If he turns out to be the Canadiens’ long-term solution on the top line, he was worth giving up a top prospect.

Drouin fakes the slap-shot and feeds it to Hemsky who lays a perfect sauce pass on Pacioretty's tape. #Habs pic.twitter.com/n3y3WzVQ8t

The Canadiens lost winger Alex Radulov to the Stars and signed Ales Hemsky from Dallas in return. What sounds good in theory is certainly a downgrade.

Hemsky turned 34 in August and was limited to just 15 games last season thanks to a hip injury that kept bothering him. He had four goals and seven points in those contests, but will be a bit of a mystery box going into 2017-18. Can he rebound?

Victor Mete isn’t technically a new acquisition, but he seems likely to be the biggest surprise of training camp.

Claude Julien on Victor Mete's camp: "He did it all."

No-one expected him to make the big club this year, but the 19-year-old just keeps on impressing. In fact, he’s not just around – he spends his time paired with veteran Shea Weber on the top defensive pairing.

Selected 100th overall in 2016, the 5-foot-10 rearguard used his three years with the OHL London Knights to develop a strong two-way game. He tied for fourth in Canadiens scoring in five preseason games, recording a goal and four points, and looks poised to provide offence from the backend.

What do you do when you can’t find the right players to boost your offence? Right, you find players to support your elite goaltender. Karl Alzner signed a five-year, $23.125 million deal, and at 6-foot-3 and 218 pounds, he is not one to mess with.

With the emergence of Mete on the top pairing, Alzner is expected to skate on the second unit with Jeff Petry.

Canadiens acquire defenseman David Schlemko from Las Vegas, in return for a 5th round pick in 2019. DETAILS -> https://t.co/fVcJsv3m70.

Journeyman David Schlemko has established himself as an NHL defenceman, but it took him eight years to get there. His first full NHL season came in 2015-16, as a 28-year-old.

So you can rest assured: Schlemko is used to battling for his spot, giving his best every day to prove he belongs. The Canadiens acquired him for a draft pick from the Vegas Golden Knights, and even if you don’t count Vegas, Montreal will be his sixth club in the last three years.

Schlemko missed the entire preseason with a hand injury, but he is likely to jump on the third pairing with Jordie Benn once recovered.

Mark Streit spent the day with the Stanley Cup not too far away from the Canadiens Hockey School in Switzerland. pic.twitter.com/B4D4TnYvc9

Also battling for a spot on said third pairing is Mark Street – Stanley Cup champion Mark Streit, that is. A veteran of 784 regular-season games in the NHL, Streit brings some experience to the team. Given his age-related decline over the past few years, Streit is mostly a depth option for the Canadiens, but a good one at that. He is the kind of guy who can jump in when called upon and contribute in all three zones of the ice.

The Canadiens have agreed to terms on a one-year, one-way contract with free agent defenseman Joe Morrow for the 2017-18 season.

Once a point-per-game player in the WHL and a major piece of the trade that sent Tyler Seguin to the Dallas stars, Morrow ended up being the prospect who never quite panned out. Going into the season with Montreal, he will have to show up in practice every day and make sure he uses every chance he gets. For now, he’s just another depth option.