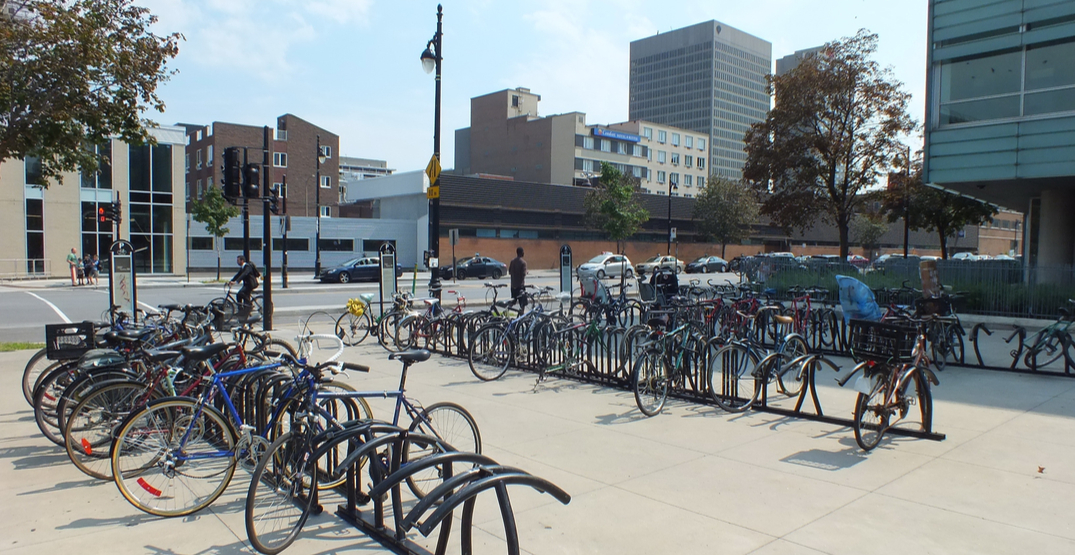 Commuting with a bicycle to and from downtown Montreal will soon become a lot easier.

The city of Montreal, specifically the Ville-Marie borough, has announced plans to add close to 1,000 new bike racks to downtown streets.

According to Radio Canada, approximately $500,000 has been delegated to funding the project, coming straight from Ville-Marie’s parking fund.

At this point in time, the Ville-Marie area only has 400 bike racks and there have been countless requests for additional units in the past few years.

Mayor Valerie Plante hopes that the addition will “convince more citizens to opt for this alternative mode of transportation… to get to work, school, university, or shopping.”

The addition seems to tie in rather well with the recent announcements of an overhaul to St. Catherine Street.

Locations, renderings, and a timeline for the project have not been determined yet, however, will be decided and made public in the near future. More details to follow…