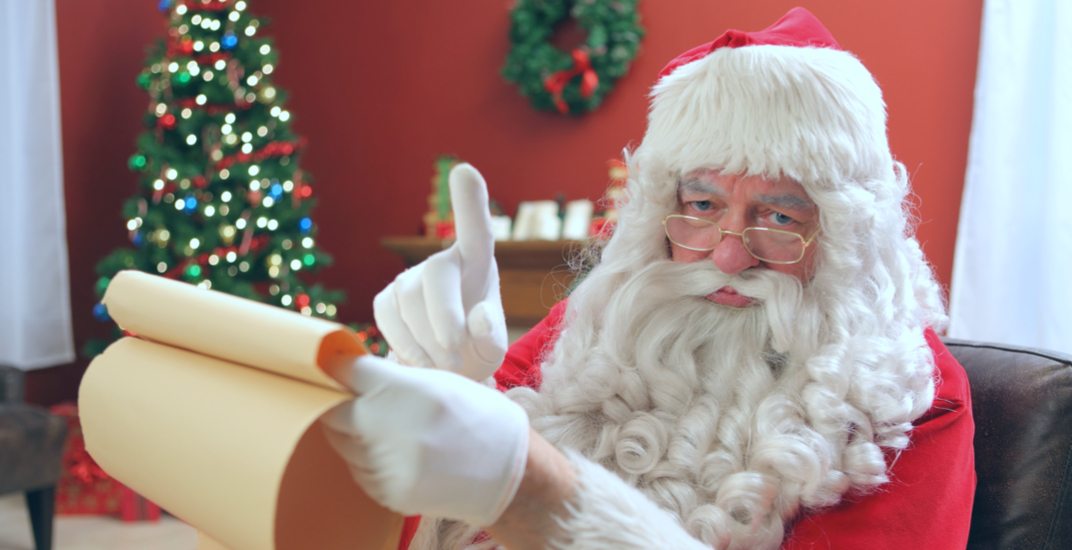 The Santa Claus working CF Fairview Pointe-Claire has officially made it to the naughty list.

The Santa was fired after visitors complained he was rude and unwelcoming.

According to the Montreal Gazette, the firing comes after shoppers left negative reviews on the mall’s Facebook page last week.

Feeling super upset and sad….. was at fairview today and my 7 year old daughter wanted to take a picture of santa with her new camera from the sidelines. So I told her go ask him (he wasn’t busy at all. Was there around 11am) he looked at her with mean eyes and shouted “do you have a reservation? She said I just want to take a picture of u to put in my memory book. He told her in a mean voice go wait in line. The poor thing was all choked up. She came to me saying I just wanted to take a picture of him. My heart is broken because she really believes in santa and that so called “Santa” was rude as hell. The only thing that I was able to tell her as an explanation was he’s under a lot of stress and he’s very busy. He didnt mean to hurt u.

The administration needs to do something because I would hate for another child to go through this. Now I have to do damage control and hops to God that my child didn’t get scared for life after this traumatic experience.

While it is recommended that visitors book an appointment online to see Santa at the mall, it is not mandatory.

Fairview Pointe-Claire has now introduced a new Santa for the remainder of the holidays.And in case you’re looking for some jolly Santas to visit in Montreal this holiday season, we recommend you check out this handy list.