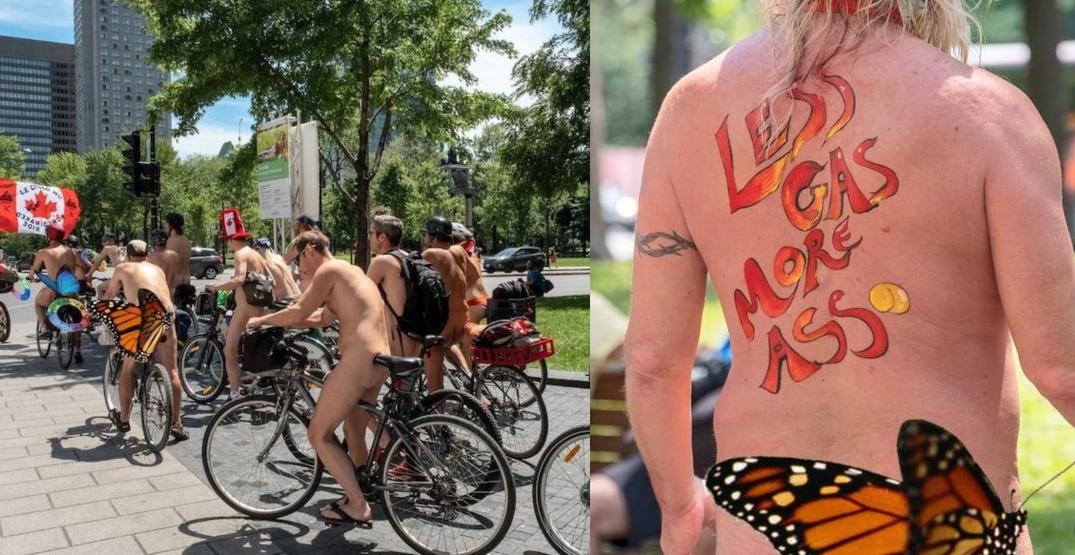 If you live in Montreal, you’ve probably seen (or at least heard of) the annual naked bike ride that takes place downtown. If not, it’s exactly what it sounds like.

Dozens of people letting it all hang out, coasting on two wheels through the city streets.

But contrary to popular belief, the nude event is not organized for the sake of evening out tan lines. It’s actually a protest. 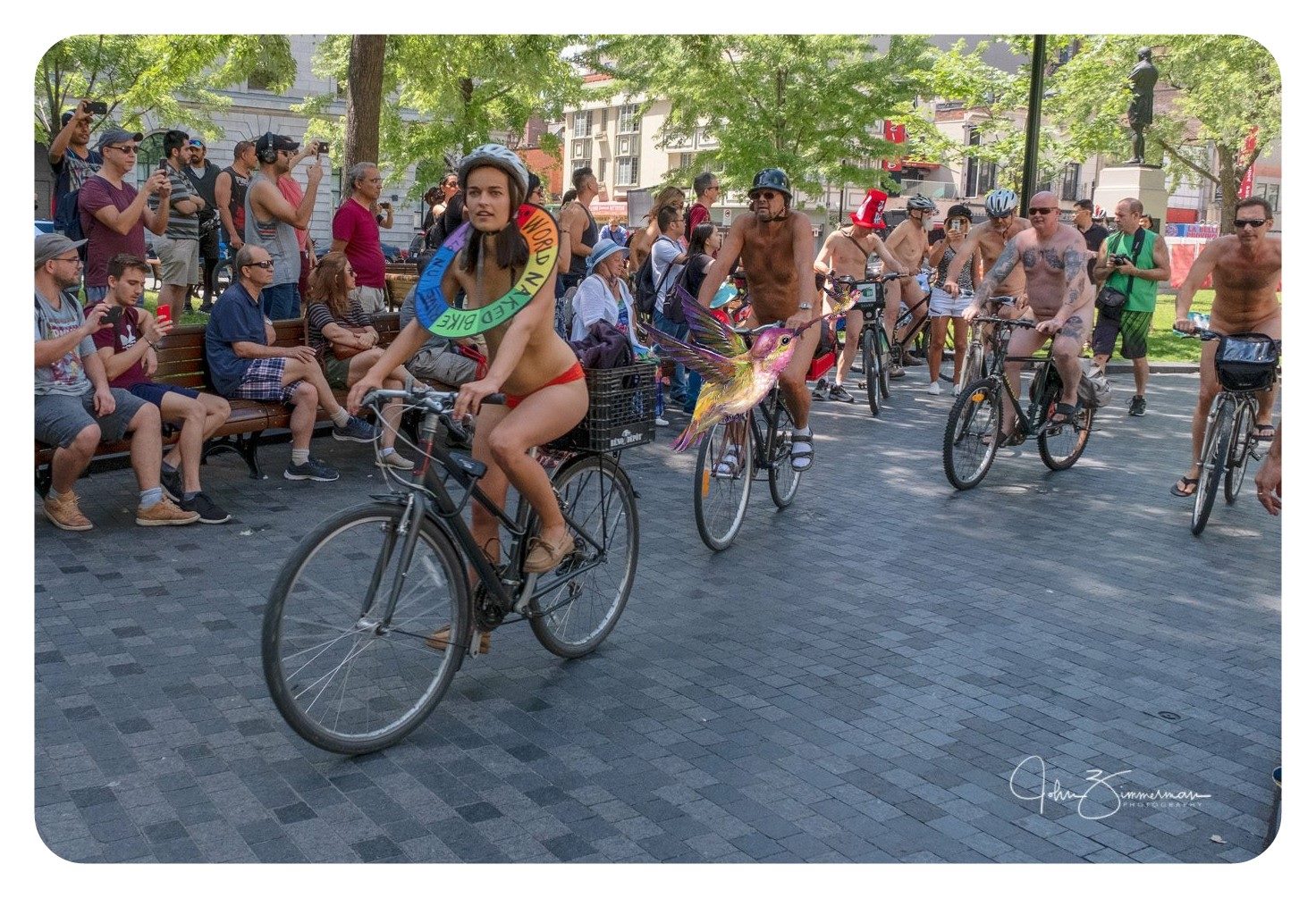 According to the World Naked Bike Ride (WNBR) website, the purpose of the event is to “put a stop to the indecent exposure of people and the planet to cars and the pollution they create.” The event has evolved over the years to include other causes, including gender and racial equality.

The first organized nude ride took place in Canada back in 2004. Since then it has spread to many cities across the globe, including Montreal.

This year, bikers around the city will meet at Dorchester Square on Saturday, July 16 for an afternoon and evening ride. The cheeky event is free to attend; you just need a bike. All are welcome to join, and nudity is optional.

For more information, you can check out Le Cyclo Nu Montreal Facebook event. 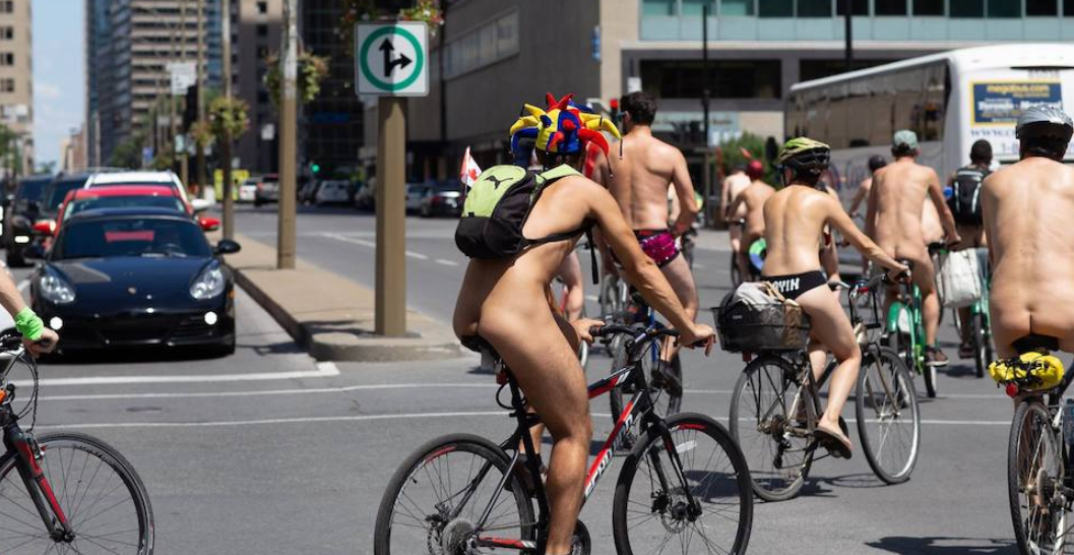 When: Saturday, July 16
Time: 1 pm and 8 pm
Where: Starts at Dorchester Square