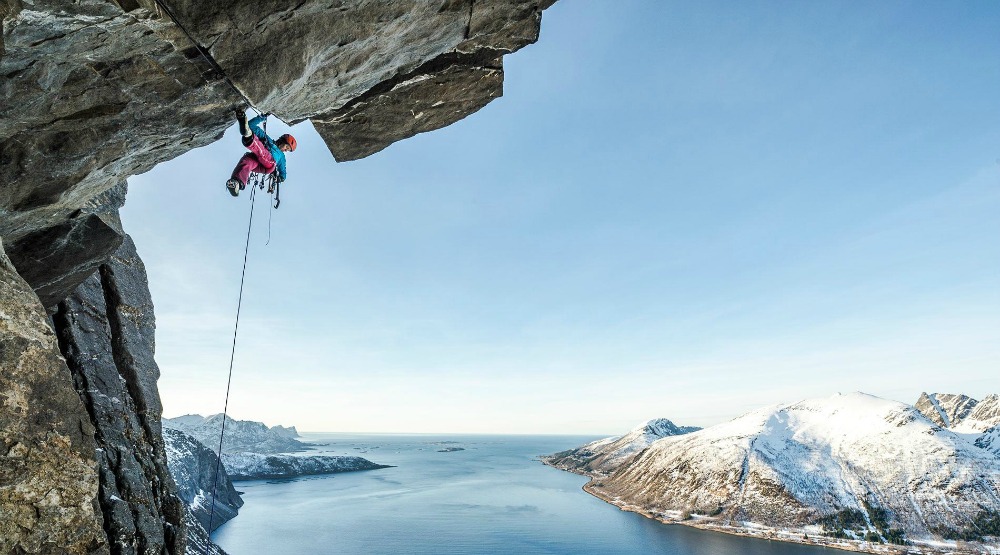 Despite the unseasonably mild weather we’ve recently been having in Montreal, it’s the middle of winter, which means another cold snap is just around the corner. What do you do if, like me, you want to fight your urge to hibernate inside until April? How can you still be social, participate in interesting activities that somewhat broaden your horizons, but stay indoors as much as possible?

I’ve got just the ticket! A movie ticket, that is.

And I’m not talking about Hollywood blockbusters. You don’t need me to tell you where to find those films. I’m talking about something a little less mainstream.

I’ve written about Cinema Politica before and I will continue to write about them until you get off your lazy butts and actually go check out these super interesting and thoughtful documentaries at Concordia University’s downtown Hall Building.

When it comes to artistic, independent, politically engaged films that can inspire, inform, often show a non-mainstream point of view, and provoke change, it doesn’t get much better. Cinema Politica is a Montreal-based media arts, non-profit network of community and campus locals that screen independent political film and video by Canadian and international artists throughout Canada and abroad. It’s volunteer run, campus based and all the screenings are by donation. That means you pay what you can, if the Holidays put a serious wrench in your finances.

On top of being affordable, the choices are sincerely good.

Whether it’s a look at the G8 Summit and the Black Block, the relief effort in Haiti after the devastating earthquake in 2010, in HAITI: Where Did the Money Go?, or the role and current status of feminism in Canada in Status Quo: The Unfinished Business of Feminism in Canada (a documentary I’ve seen, by the way, and highly recommend), you’ll walk away having learned a little bit more about the world around you.

On January 23, Hooligan Sparrow, the story of activist Ye Haiyan (a.k.a Hooligan Sparrow) is told, as she and her band of colleagues travel to Hainan Province in southern China to protest the case of six elementary school girls who were sexually abused by their principal. Marked as enemies of the state, the activists are under constant government surveillance and face interrogation, harassment, and imprisonment. Sparrow, who gained notoriety with her advocacy work for sex workers’ rights, continues to champion girls’ and women’s rights and arms herself with the power and reach of social media.

If you’ve never attended the Banff Mountain Film Festival, you’re simply missing out on some serious fun of the vicarious kind. I’ve been attending these sold-out screenings for years and it’s the most adrenaline-packed fun you can have without burning a single calorie or placing a hair out of place.

For four decades now, the directors of the world’s best adventure films have gathered in the heart of Banff National Park, submitting the filmed records of their spectacular expeditions to the Banff Mountain Film Festival jury. A touring selection of the best entries is then presented in some 40 countries. This final selection of short and medium-length films constitutes the line-up for screenings held in the middle of winter all across Quebec. Films are screened in their original version with French subtitles to preserve their original atmosphere.

While it’s abundantly clear that the majority of the people in the audience are climbers, hikers, and outdoor enthusiasts, nothing prevents the average couch potato from joining the viewing fun. The films are extremely well shot, the cinematography is stunning, many if the films have a healthy sense of humour, and they’re highly entertaining.

You can sit and watch adrenaline junkies go on death-defying adventures from the comfort of your plush seat at the screenings, without risking absolutely anything. Trust me, I do it every year. Who knows, it might even inspire you to have a little outdoors fun this winter as well, even if it’s of the milder, meeker kind, like cross-country skiing Montreal’s municipal parks, skating in Old Montreal, or just walking up Mont Royal on a nice winter afternoon.

For information on the exact dates and times (Jan. 24-28) of the screenings taking place at Cinema Imperial this year, and how to buy tickets, you can go here.

If you really don’t want to leave your house, have exhausted all your Netflix options, and would still like to watch something both interesting and extremely informative, CBC’s Fifth Estate has you covered. It’s most recent documentary on Canada’s pharmaceutical industry and why we pay more for prescription drugs than almost any other country in the world is both eye opening and downright depressing.

While our healthcare system may be a source of pride for us as Canadians, we’re also the only country in the world that has universal healthcare but no universal drug coverage. As a result, rising drug costs are taking a serious toll on people across the country.

You can watch the entire 45-minute documentary here.