There will be a certain faction of the audience for Assassin’s Creed that will be ready to defend it to the core. They’ve played all nine (?!) main iterations of the video game series the film is inspired by. They’ve got the collectibles, and the posters, and the (admittedly) cool apparel. And they frankly probably couldn’t care less about quality filmmaking, or character development, or perhaps even the basic fundamentals of storytelling – not at least when it comes to one of their favorite heroes.

Those folks can proceed at their own risk, because Assassin’s Creed is a painfully bad movie for everyone regardless of your connection to its insanely popular namesake. 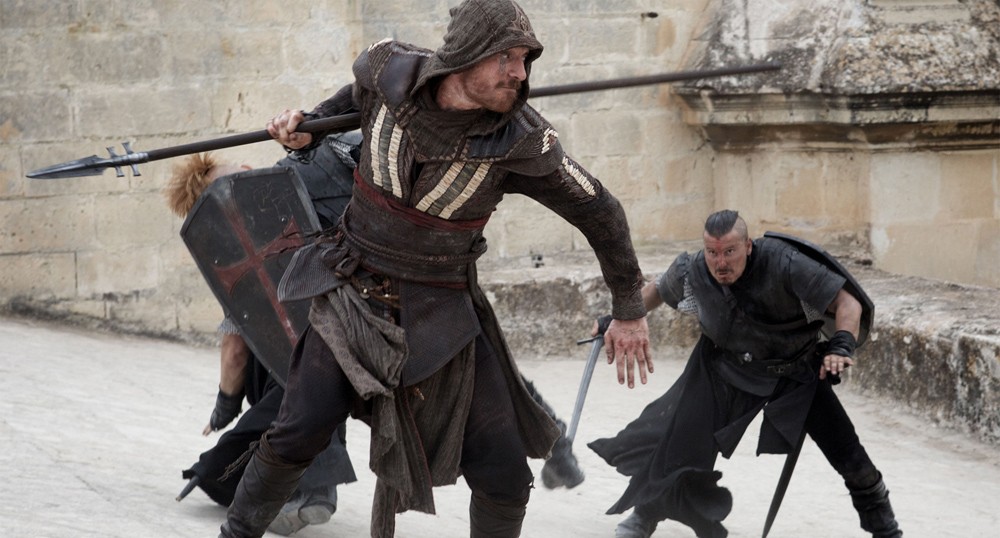 It’s probably not a surprise to anyone that Assassin’s Creed does absolutely nothing to buck the trend of bad video game to movie adaptations. At best it’s got some sweet fight moves and action choreography that elevate it to “mildly entertaining” levels, but at worst it’s an incomprehensible nightmare. Scenes don’t lead into each other so much as they just simply exist and are placed one after another. Good luck trying to understand what’s happening, because not even the highly talented actors on screen look like they have any clue what they’re supposed to be doing here. 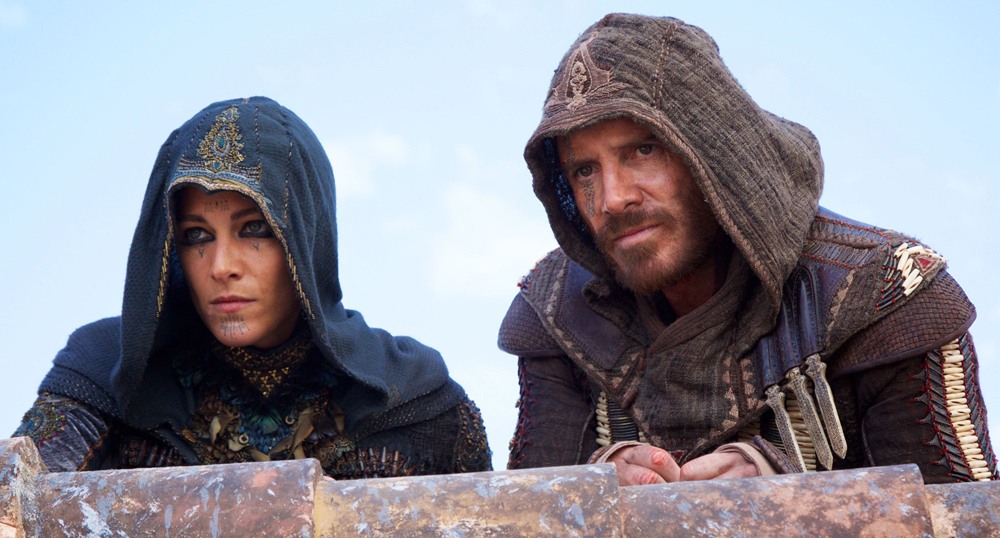 The general concept of the film is that there have been two warring groups throughout all history – the Templars, who want to force complete control over all people, and the Assassins, who stand for free will and individuality. Or something. It’s never really made clear why these two sides are sparring. But anyway, a long time ago they had a spat over a mystical object called the “Apple of Eden,” which apparently contains the power to shatter all free will across the world and as a result make violence extinct. Naturally, the Assassins fought to keep the apple from the Templars, because what else are you going to do but fight during the Spanish Inquisition?

In the present day a violent rogue named Callum Lynch (Michael Fassbender) is rescued from death row by the mysterious Sophia Rikkin (Marion Cotillard) and her crew of modern Templars. Sophia has spent years creating a nonsensical machine called the Animus, which can tap any person into the memories of all their former lives. In a previous lifetime Callum was an Assassin called Aguilar, who is also believed to be the last person to gain control of the apple. The knowledge embedded deep within his DNA (seriously) is of great importance to this group of evildoers. 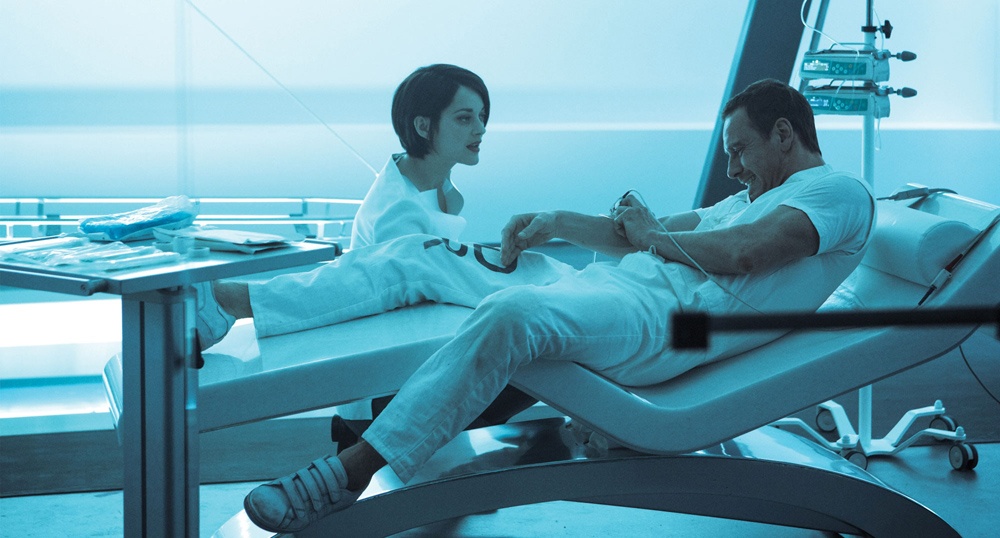 Sophia hooks Callum up to the Animus and forces him to relive moments from his past all in the hopes of revealing where Aguilar hid the apple. Naturally, Sophia’s father (Jeremy Irons) has ulterior motives for the Animus and the apple, and before long it’s up to Callum to channel his life as Aguilar to stop the 2016 Templars from controlling the world. Or something. It’s skeptical that even Callum knows why he decides to do what he does. But such is the emphasis on logic decreed by the board of businessmen who ponied up over $110 million to bring the game to the screen. 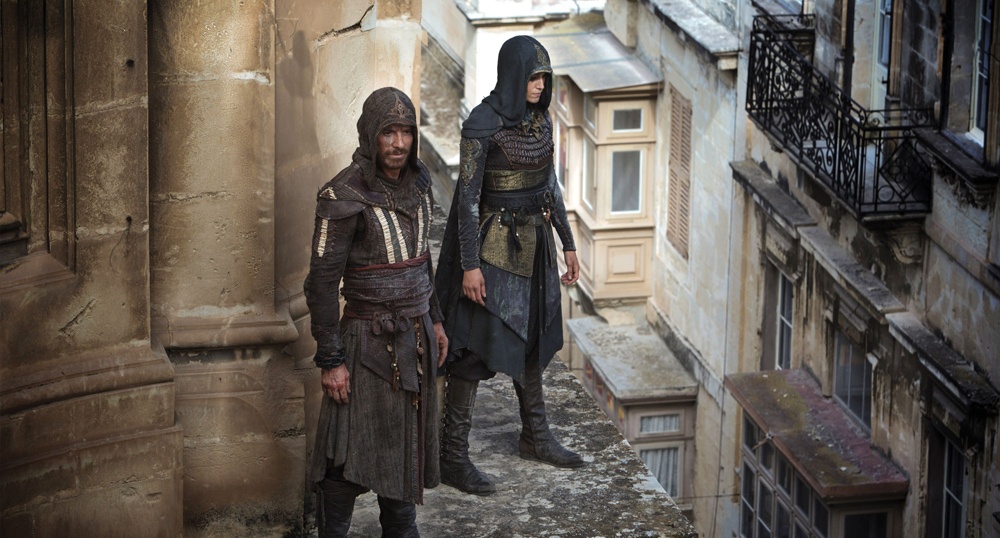 When Callum is hooked up to the Animus it allows him to flail around as if he’s actually making the movements that are being replayed in his head. So at times the audience watches Sophia watch Callum who’s basically just watching an action sequence in his head. This is four times worse than just observing your buddy jump around and shank people on your video game system at home. Every time you’ve ever wanted to snatch the controller for yourself and take action is painfully amplified because not even the characters on screen are able to take control of their own actions.

Even when the story is viewed during Aguilar’s time the events are really just flashbacks so all stakes are vanquished. Somehow a team of collaborators agreed upon this cold approach to a potentially enjoyable concept. It can’t be easy to translate a game into a two-hour narrative, but there’s got to be better ways to pull it off than this. Suddenly the Uncharted movie doesn’t seem like such a great idea. 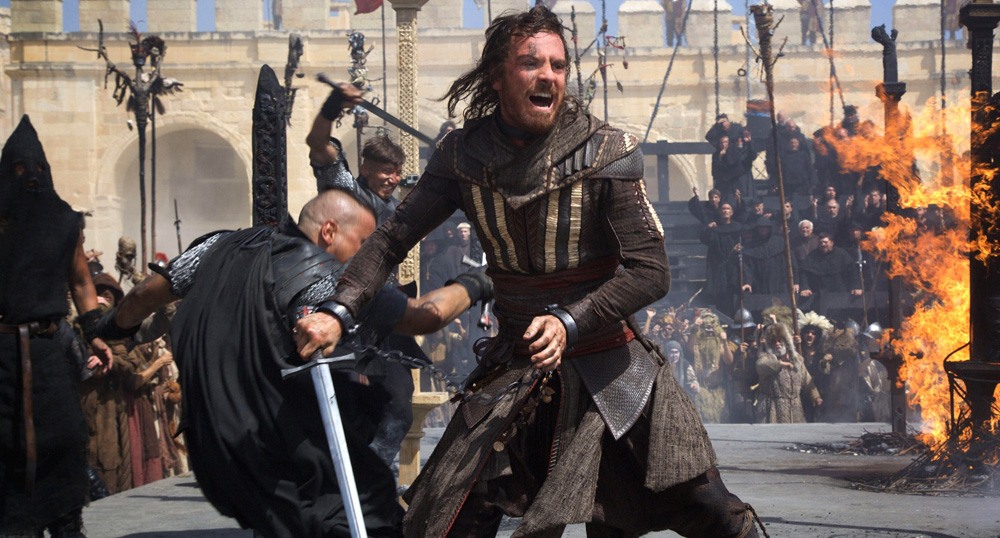 The ties to Assassin’s Creed’s digital forbearers should weigh lightly on one’s general enjoyment of the film. Because whether you love the games or have never picked up a controller in your life Assassin’s Creed the movie will bore you to tears. This highly caffeinated critic nodded off three separate times during a screening of the film and gave up trying to justify anything when it became clear that the filmmakers didn’t give a damn about trying to make the movie into something good. A proper nap would’ve been more memorable. 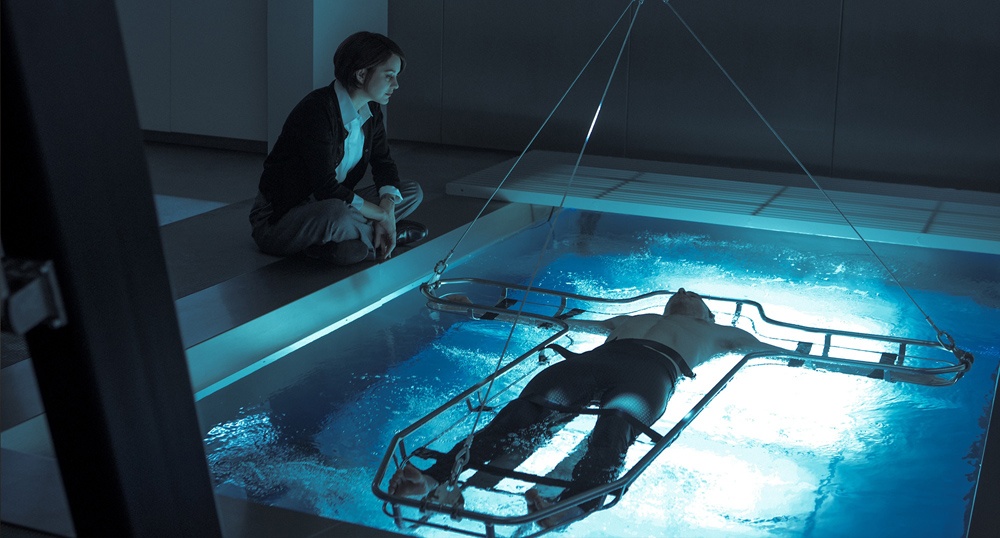 Instead director Justin Kurzel and his team (which includes Fassbender in his first behind-the-camera gig as a producer) basically just try to shoehorn in sweet Parkour moves and mildly gritty violent content between long, dry passages of confusing dialogue from bland characters. There’s no good reason presented for why either Aguilar or modern day Callum would give a damn about this apple. The apple’s function as a McGuffin aside, if the characters can’t invest in their journey then the audience sure isn’t going to be interested in tagging along for the ride.

The crusades-era production design is competently standard, and the makeup does add a little extra to characters’ identifying features amidst all the sand, dust, and flying daggers. Michael Fassbender and Marion Cotillard are both amazing performers but aren’t guided towards meaningful performances; director Kurzel seems at times completely disinterested in staging, motivation, or trying to wring any real meaning or emotion out of any given scene. An Oscar-nominee and a past winner show up on screen together and both give poor performances; one can’t heap the blame solely on Fassbender or Cotillard for these sins against the art of acting. 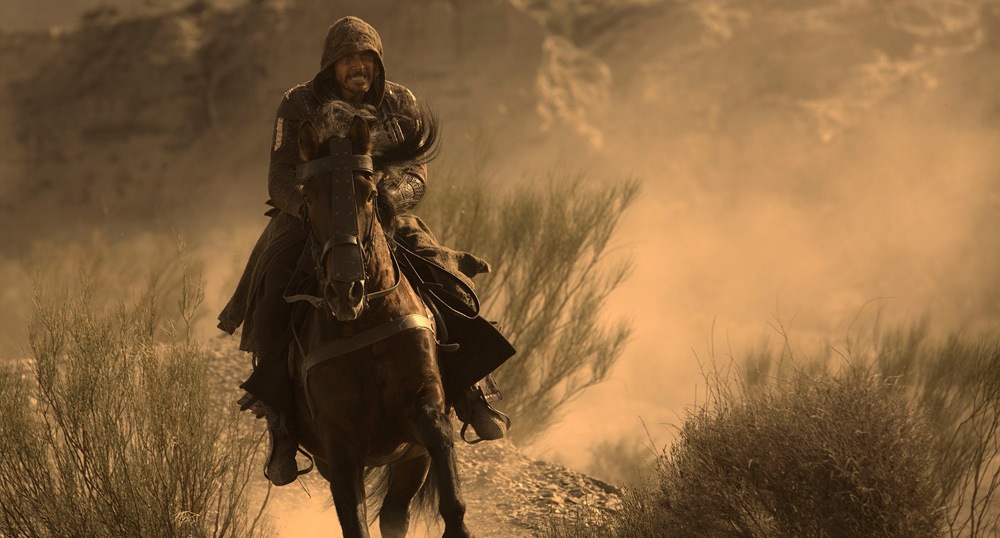 And then there’s the elephant in the room, the film’s sure-to-be-legendary bad ending. If 35mm prints were still the norm you would honestly think a reel had gone missing in the projection booth. The film lacks a climax and ends mid-scene. You’re expecting a final resolution or at least some sort of exciting catharsis for the numbing two hours that preceded, but nope. Nothing. The film just ends and the credits roll as if we should all join in and applaud the artists and technicians responsible. Bullshit. People are going to wise up to this “franchise” form of filmmaking very soon and a lot of companies are going to lose a whole lot of money banking on audience devotion that will never materialize. 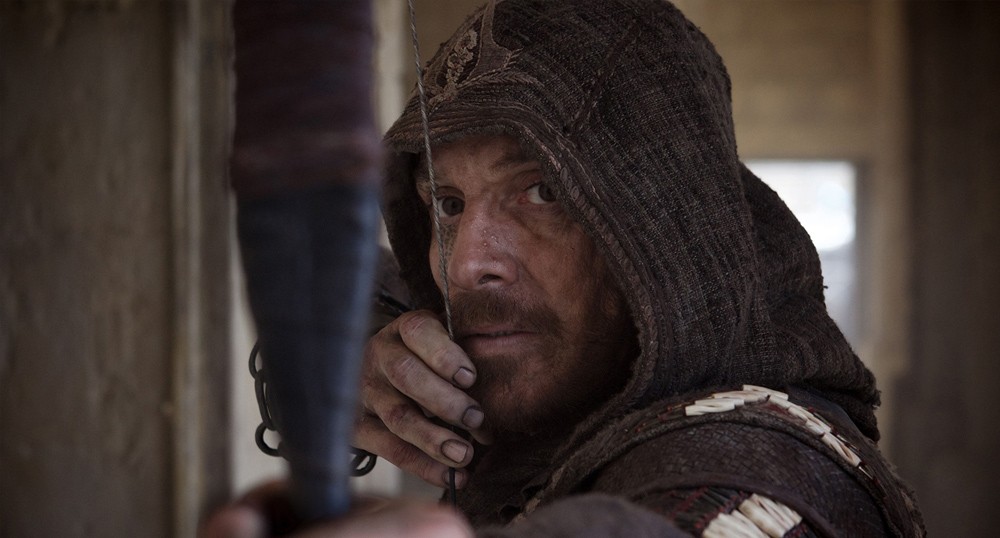 The unforgivably bad screenplay certainly sinks the ship before it leaves the harbor but Kurzel doesn’t attempt to save anything onboard. The final picture is dull, lifeless, poorly acted, incomprehensibly plotted, and needlessly ugly. There’s nary a redeemable quality that would make Assassin’s Creed worth your time, let alone your money.

One magical apple out of five!