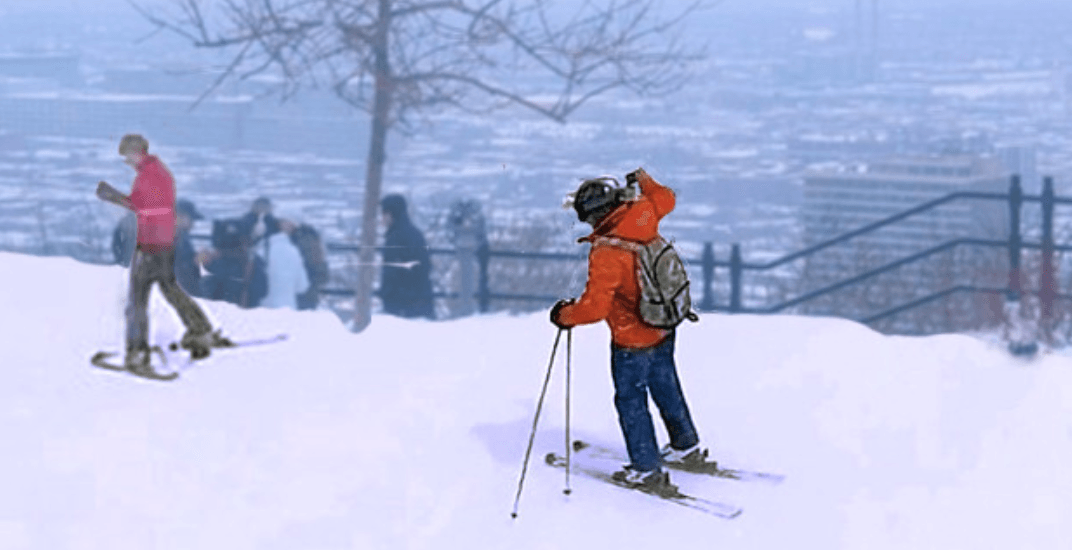 Camilien-Houde road on Mount Royal could be converted into an urban ski hill, according to one Montreal transportation blogger.

Anton Dubrau recently posted a pitch for the idea on his website, Catbus.

According to Dubrau, partial closure of the road during winter months could make way for a bus line to the mountain on one side, and a downhill ski trail on the other side.

“It’s kind of a lot of trouble to go skiing (outside of Montreal) if you dont have a drivers license and if you dont have a ride,” Dubrau told Daily Hive. “So I thought ‘Why are we spending so much time get up there if we have the mountain in the middle of the city?'”

Dubrau worked out calculations and some renderings that prove that the road could be turned into an alpine ski trail.

“Some cynics like to call Mount Royal a ‘hill’ and might think it is a bit small for skiing. It turns out that our hill is much bigger than the best-known tracks of Dubai and Copenhagen,” Dubrau states in his article. “Mount Royal is also bigger than the nearest slope: Mont St-Bruno! There are of course higher mountains in the area, but you have to drive much further for that.” 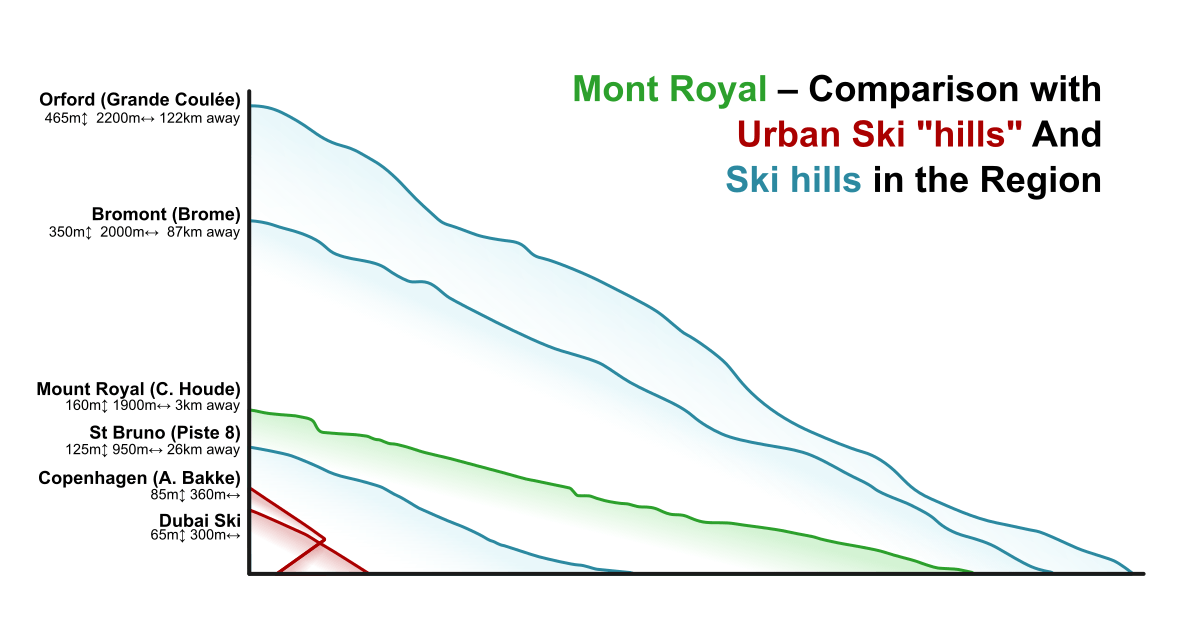 Dubrau says that the height of the mountain allows for a gentle slope, which would be the perfect track for beginners.

He also created renderings for Camilien-Houde road and how it can be used to accommodate skiers. 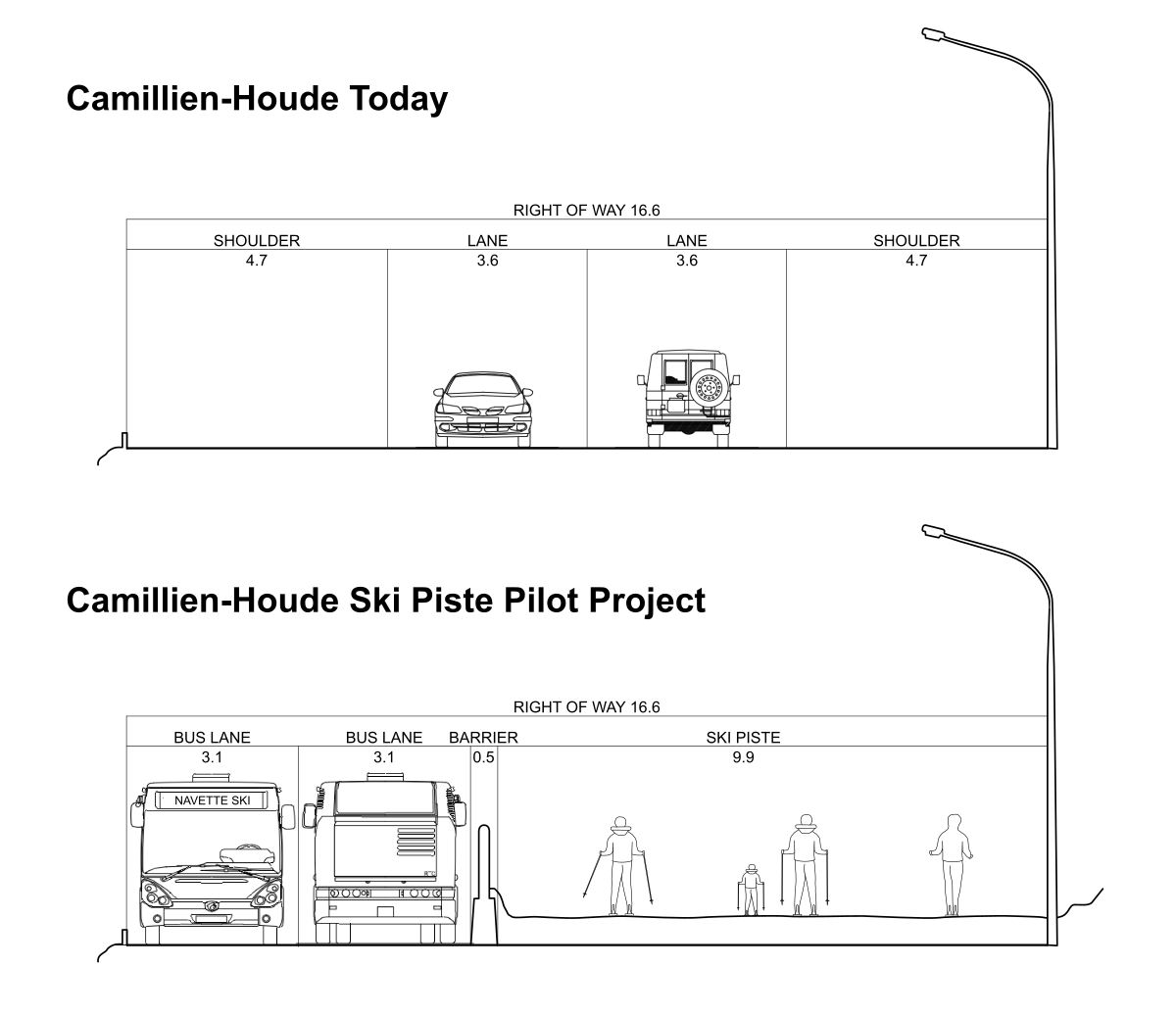 “For the skiing experience, it’s a bit narrow, but as the slope is very soft, there should not be any major safety concerns. With only a few buses, fences, and a single groomer, you could start the winter activities right now!” writes Dubrau.

“Eventually, one could even build a permanent cable car up the mountain, which would improve access for people with reduced mobility and families throughout the year.”

Although Dubrau knows that cross-country skiing is already an option on Mount Royal, he feels that a downhill option would be a great addition for families and novice skiers.

“It definitely is possible,” he told Daily Hive. “It’s mostly the political issue and now the question is if people are willing to give up this road for a few weeks in the winter.”