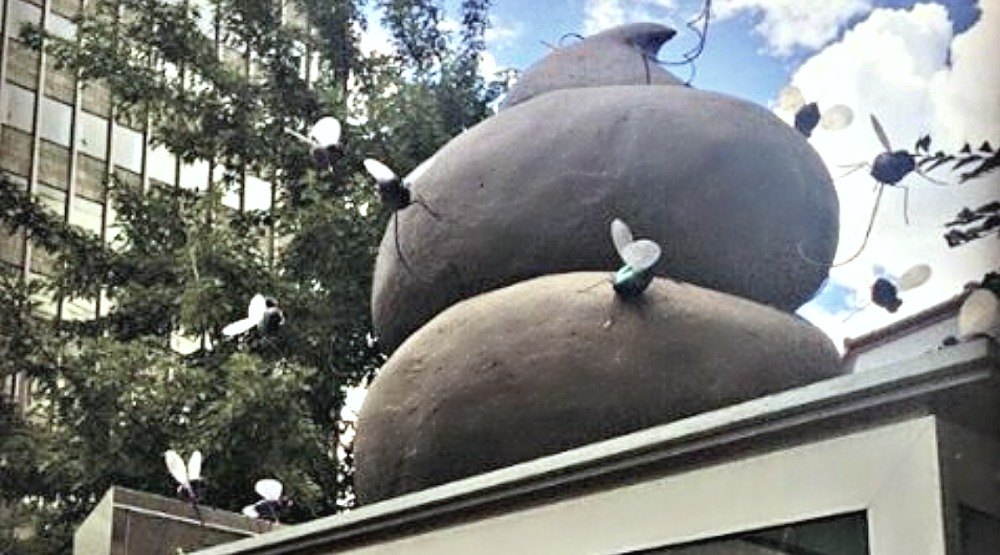 Each year the City of Montreal spends millions of dollars cleaning up litter and graffiti in the city.

In an effort to combat littering, the City of Montreal recently launched a rather unorthodox cleanliness campaign.

As part of the campaign, the city has installed five large sculptures on different bus stops around Montreal. One sculpture features a spray paint can with graffiti, while another unique sculpture is of a big pile of dog poop, complete with whizzing flies. 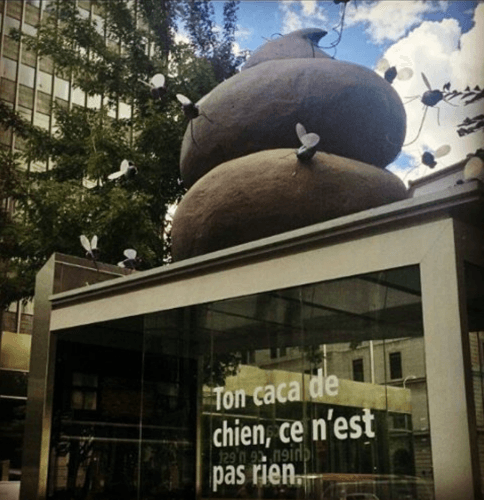 The sculptures are just one element of the $900,000 cleanliness campaign that also features posters, billboards, and videos.

The campaign is aimed to improve the city’s cleanliness, and more specifically to encourage Montrealers to think twice about leaving dog poop behind, throwing cigarette butts on the ground, or spraying a building with graffiti.

Montrealers are torn over the perceived effectiveness of the campaign and the crudeness of the material (especially the dog poop sculpture), but one thing’s for sure, Montrealers and tourists alike are taking notice.