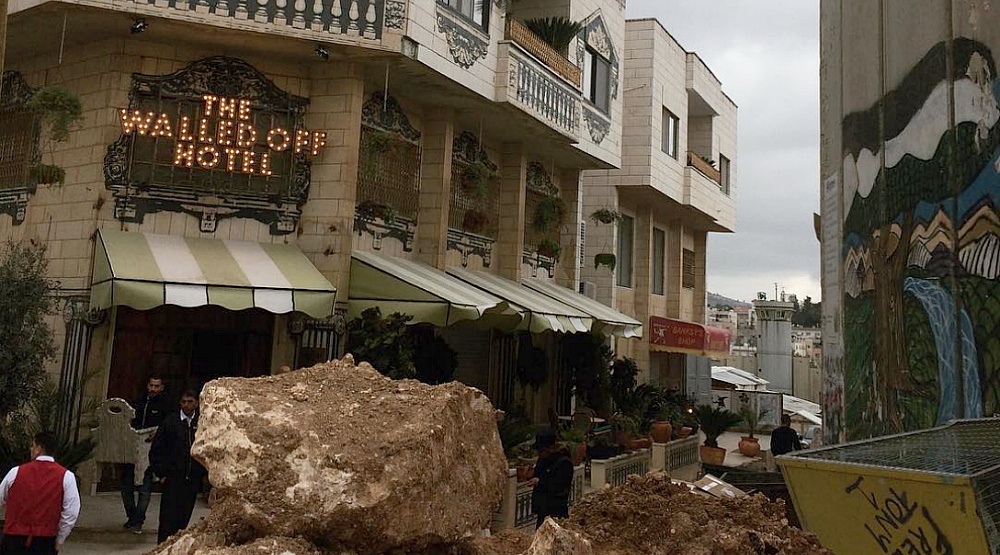 Located in the West Bank city of Bethlehem, the anonymous artist most famous for such work as “Grin Reaper” and “Naked Man,” did not work alone.

Rather, he had the help of several international artists, one of which was none other than native Montrealer, Dominique Petrin.

Petrin is an installation artist who couldn’t quite believe it when she was first approached to be a part of Banksy’s latest political project.

Petrie told the CBC, “For the longest period, I was very skeptical, I thought it was another prank. But at some point, the more there was details, I believed it.”

The Montreal artist began working on the Walled Off Hotel last summer, a project that was intended to tell the story of the wall from every perspective.

As a way of doing so, every single room in the Walled Off Hotel features a view of the wall.

Upon first glance, the room is bright and fun, however a closer look reveals something else. Strange design details include xanax pills on the wallpaper and a period painting that contains a drone.

Petrin had designed the room without actually knowing the location of the hotel, something she found out just one week before she was set to fly to Israel.

Luckily, it all worked out.

To see Room #4 designed by Montreal Artist, Dominique Petrin, check out 7 photos from the Walled Off Hotel, all published by Petrin herself.