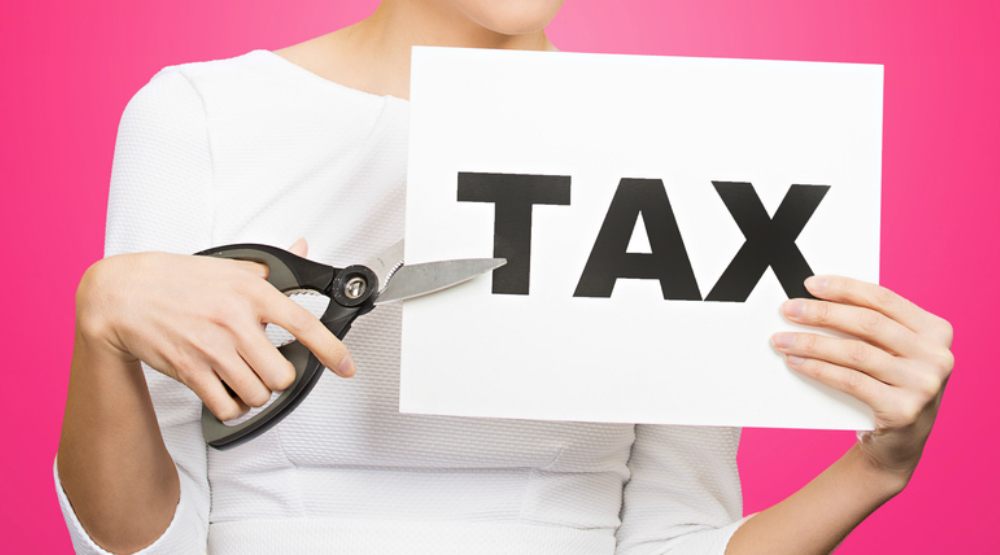 Montreal entrepreneur and mother of three, Aviva Maxwell, filed a class action motion in Quebec Superior Court against eight major corporations on Tuesday morning, with the goal of ending a discriminatory measure that disproportionately affects women.

The pink tax refers to the extra amount women are charged for certain products or services. Numerous studies have concluded that women in Canada pay a “pink tax” premium of anywhere between 10 and 43 percent over what men pay; particularly when it comes to personal care products.

In essence, the pink tax is nothing more than gender gouging, a gender-based mark-up that takes advantage of consumers’ lack of awareness and/or pervasive gender stereotypes that allow some people to think it justified that women are charged more. The difference is most noticeable in personal hygiene products like shampoo, conditioner, razors, shaving cream, lotions, soap, and clothes. And no, there are almost never any additional costs incurred for companies making products geared to women, so let’s just pre-empt that “justification”.

The practice of being charged more for almost identical products is particularly egregious when one considers that most women also make systematically less throughout their lives (with many older women living dangerously below or near the poverty line). The pink tax is profoundly unfair and costs women almost $2,000 more a year, or close to $100,000 over the course of a lifetime.

Reached by phone, Aviva Maxwell explained that it wasn’t one particular incident that compelled her to take action, but a series of incidents that made her reach the “Enough already!” stage.

“Simply being able to make people aware that this is happening is a big part of why I’m doing this,” says Maxwell. “This is something that can easily be rectified. If we can fix a whole lot of small things, it can add up to a lot in the long term. I wanted to at least get the ball rolling on some things that have really been affecting me personally for years.”

As a business owner, Maxwell definitely believes in a company’s right to make money, but it should be done under fair circumstances.

“We prosecute people for unfair business practices, so why are these companies being allowed to milk more money out of female consumers? It makes no sense to me. And why would they even want to be perceived as companies who charge one segment of the population more for similar products? How is that a positive image for them?”

Michael Simkin, the legal counsel with Legal Logik, the law firm representing the plaintiff, hopes that something positive can come out of this.

“Class action suits are a way to make companies do things they don’t necessarily want to do and this is definitely a perfect example of that,” says Simkin.

“We haven’t heard from any of the companies yet, but the phones are ringing off the hook from consumers. We’re trying to set up the infrastructure to receive people who want to be part of the class action suit, so that seems to have generated quite a bit of interest and it’s helping us understand what the scope of the lawsuit really is, how many people are affected, etc. We’re not just talking about one product here; we’re talking deodorant, shampoo, conditioner, hand cream, shaving cream, razors, electric razors, children’s toys, pens, etc.”

Simkin makes it clear that the lawsuit isn’t specifically for female consumers. It’s for anyone paying too much because the products are marketed in a gendered way. That’s where the discrimination arises.

“The next step is to seek authorization from the court,” says Simkin. “That could take up to a year before it’s even heard. We’re still at the early stages, but I think it’s complementary to the general media up-swell that has at least raised a public debate. Whether it’s a winning legal case or not, the fact is this is an issue and it affects millions of people – not just Canadians. I personally think we have a solid case. It’s clear-cut discrimination.”

Public outcry in the past has led to legislative changes or lawsuits, helping move things forward. When more Canadian women became aware that, not only did they spend an additional $4,000-5,000 in their lives for essential products for their periods, they were also taxed on these products, they demanded better. How could Twinkies and Pizza Pockets be tax-free, but essential items like tampons were taxed? After a nationwide petition, the government abolished the GST on these essential products last year. While the QST on them remains, it’s still a move in the right direction.

A bill to block price discrimination on the basis of gender was introduced in Ontario in 2005, but apparently never made it past the committee stage. It’s also often difficult for governments to legislate because manufacturers make small feature changes and claim they’re not the same product, like adding a suction cup to a woman’s razor. The States of California and New York, however, have recently enacted legislation making it illegal to charge more for gender. In Quebec, though, despite media attention from both French-language and English-language media, no attempts had been made to rectify the situation. Until now, that is.

Legal Logik lawyers are requesting reimbursement for the price difference on products members of the class action have purchased, plus damages and interest for moral damages.

“What’s fair is fair,” says Maxwell. “At the end of the day we should stand up for fairness and equality and this is hopefully something that we all rally behind. It’s not that controversial; it’s deodorant. Let’s tackle the things we can tackle and hopefully the little things add up to a lot.”

The total of damages, considering the number of victims who have been discriminated against, could reach millions of dollars.