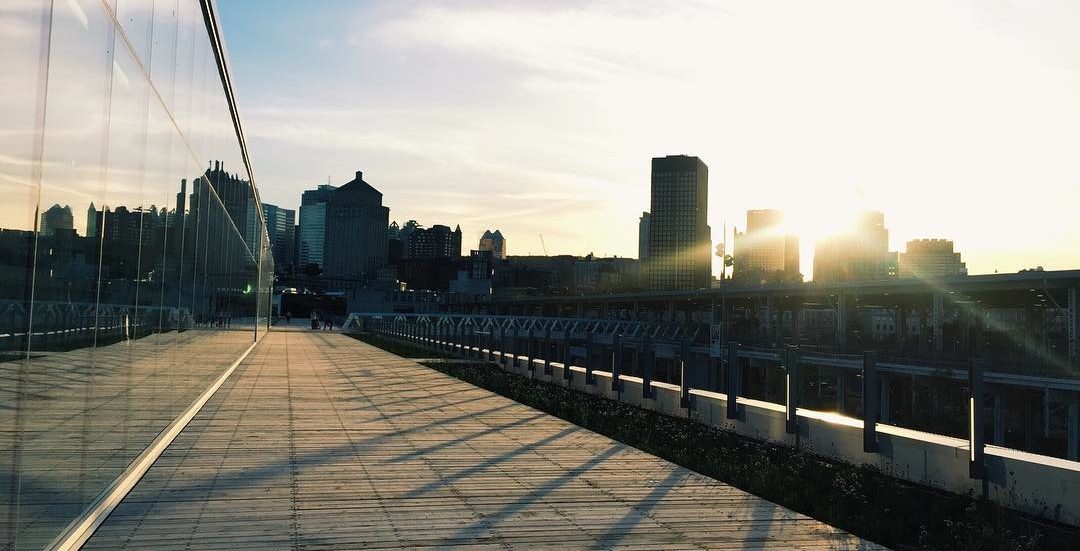 Hopefully, you enjoyed your workweek and can be rewarded with a very eventful weekend here in Montreal from August 17 to 19.

From an adrenaline-fused festival, to a plethora of food and ZZ top, the city’s got you covered in what is slated to be a sunny weekend.

Here are 32 things to get you started. 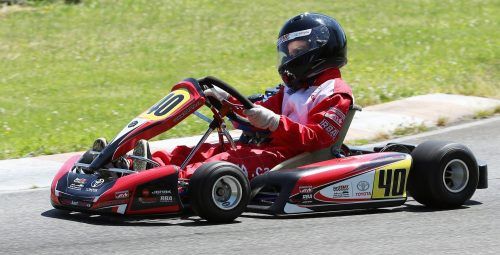 As part of their drivers’ safety education for kids, the kartSTART National GoKart tour has zoomed in to St-Eustache this week.

Led by former professional race car driver, Russ Bond, the tour travels across Canada every summer and puts kids behind the driver’s seat to teach them about road safety and environment faced by motorists.

Local tour company, Secret Montreal is giving guests a chance to learn about the city’s indecent past. 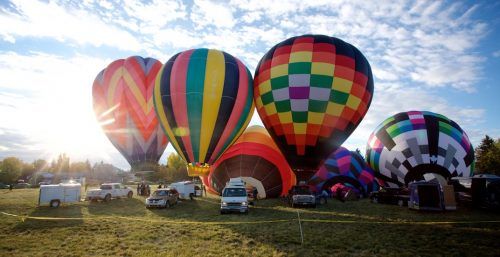 In what started off as a balloon festival, the event has grown to host food vendors, bar outlets, live bands, theatre performances, activities and has garnered a reputation on an international scale. This year’s outdoor party will feature hot air balloons from Canada, the United States, France and Brazil.

ZZ Top is an American rock band that formed in 1969, since 1970 they’ve featured the same squad: Dusty Hill, Billy Gibbons and Frank Beard.

The bearded trio is in Laval on Friday as part of their new tour.

Since they’re in Canada, is it pronounced ZedZed Top? 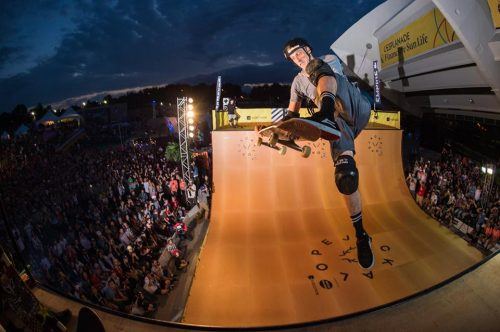 According to the Jackalope website, the three-day festival is “an international showcase of raw talent, outdoor fun and stimulating exchanges at a unique event.” 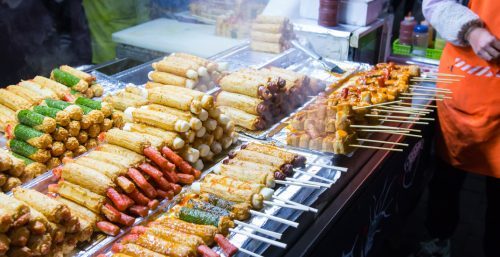 A giant all-Asian night market cooks its way to Montreal this weekend.

Clash invites you to dust off your leather jacket, your jeans with the holes and your glitter make up for an evening all about electro-glam and glam rock.

Nomad’Stones is a Montreal band that’s put together from various members of different musical genres. The French-singing musicians fuse folk, funk, and electric pop together. They’re at the very trendy Jardins Gamelin on Friday.

Yoga on the Canal 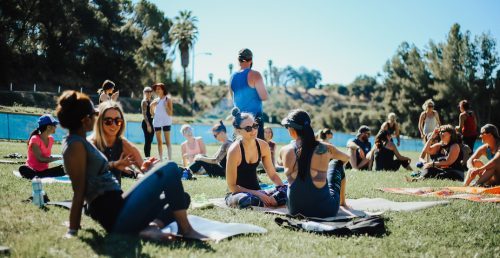 Moksha Yoga Griffintown is bringing guests yoga on the canal tonight. The session is open to everyone from any (or no) yoga background. The class happens in the evening to give you a cool and calming practice while watching the sunset.

This superhero musical follows Batman as he dances and sings his way to cleaning up the mean streets of Gotham City. The comedy-based script is written by Nick and Matt Lang and features a big and impressive professional cast of actors from all over Montreal.

Clerel and Only the Righteous are local musicians who know how to bring it. They play a Motown style of music – very unique and mellow vibes. The group will be playing at their usual Friday spot, Honey Martin Pub, the perfect intimate setting for the type of music Clerel and co. bring. 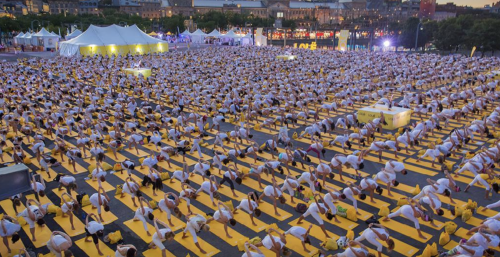 The Lolë White Tour returns to Montreal this weekend for one day of yoga fun in the sun.

The annual event takes over Old Port for one day and invites hundreds of Montrealers to join in one massive yoga session.

The American DJ, record producer and remixer is spinning tunes at Beachclub on Saturday. As North America’s biggest outdoor club gears up for its final few weeks, they’ve intensified their weekends.

Besides the music, Beachclub has a massive pool, wave boarding, food trucks and plenty of booze to go along with all the beaches.

$50 VIP passes are available to get up close with the DJ.

The South Shore district of Beloeil is hosting a massive vintage car exhibition this weekend. From old school cars to motorbikes, Parc des Loisirs will have a slew of vehicles for fans to look at.

The venue will also host a BBQ and live music. 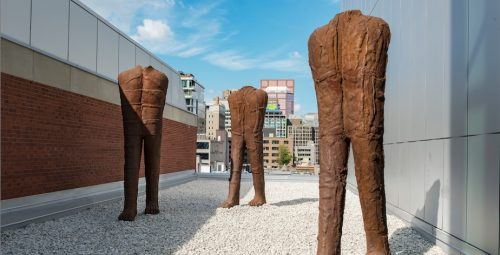 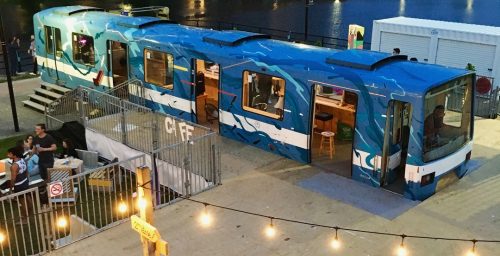 Station F-MR is hosting a vegan pop-up shop which is selling a variety of local vegan products. From bagels, teas, soaps, milk and sweets, the urban park has it all. 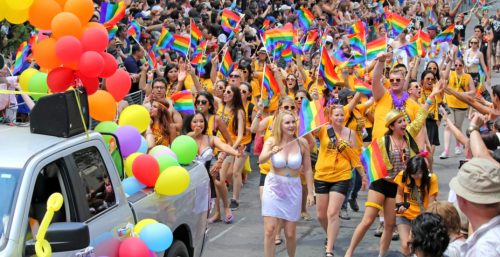 The Pride Parade is an LGBTQ tradition that has been going on since 1979. It’s a show of the community’s solidarity, strength, and demand for the same respect, dignity, and basic rights as those granted to heterosexuals.

Streets from Rue Metcalfe to Rue Alexandre-DeSève on Boulevard René-Lévesque will be completely closed off to motorists and makes way for 2.7 km of dancing, music, costumes and a whole lot of colours.

When: Sunday, August 19
Time: 1 pm and 4 pm
Where: Rue Metcalfe to Rue Alexandre-DeSève on Boulevard René-Lévesque

The American hip-hop trio, Takeoff, Quavo and Offset will be spinning beats at Beachclub on Sunday, sure to be a packed house/beach.

The venue will host the usual pool, beaches, food trucks and plenty of booze.

A musical show will open the nighttime screening. 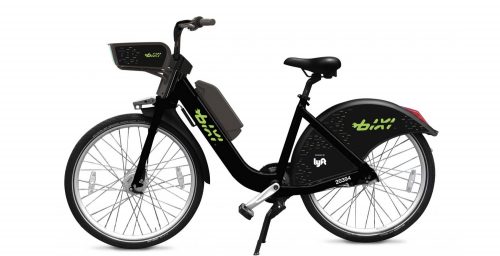 Electric BIXI bikes have rolled into the loading docks all over Montreal this week. They’re the same price as regular BIXIs but, they’re battery powered. So while everyone else is pedalling today, you can zoom right past them in a mini-chopper.

They’re spread out among the city but the blue, electric-assisted bikes stand out versus their grey and green counterparts. Try and catch one.

Lighting of the Olympic Tower at Montreal Pride

The American reggae, rap, funk and rock band will be performing today at the MTelus Theatre.

When: The Notre-Dame Basilica is open year round
Time: 11 am – 4 pm
Where: 110 Rue Notre Dame Ouest
Price: Free

As part of Duke University’s Canadian Tour, the renowned basketball team will take on McGill University for an exhibition game at Place Bell in Laval. 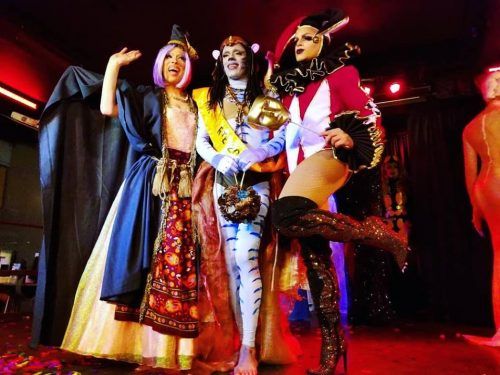