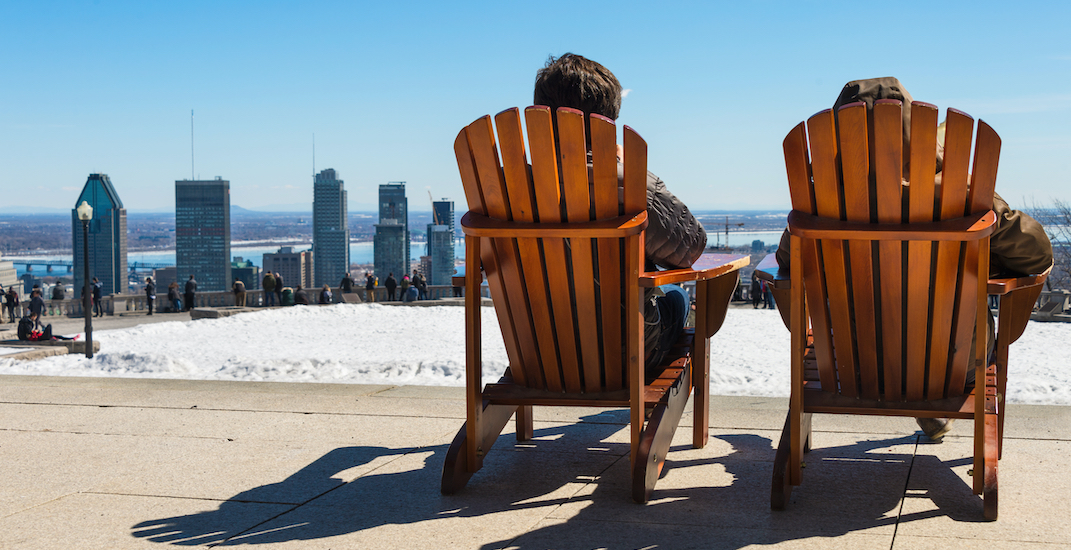 Has spring sprung in Montreal?

Following a weekend of sunny weather, temperatures in Montreal are slated to reach highs of 8ºC this week, the midpoint of five consecutive days above 0ºC temperature.

Milder weather is expected to start on Tuesday, followed by back-to-back days of increasing temperatures.

Thursday is slated to bring less than 5 mm of rain, and the forecast calls for very little snow throughout the workweek. 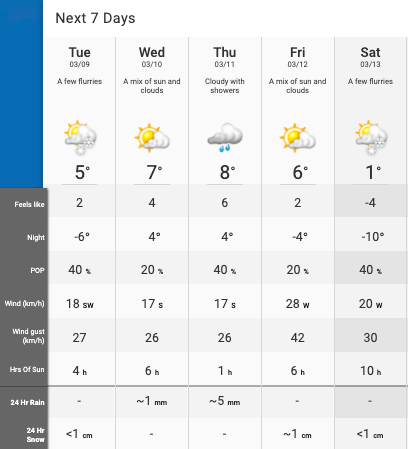 According to The Weather Network’s spring forecast, Quebec can expect a “warmer spring compared to recent ones.” March will bring “extended tastes of early spring after a very wintry February.”

However, Quebec is still “at risk” for remnants of winter, and a period of colder weather is expected during mid-spring before more consistent warmth sets in.

“Above normal rainfall is expected, but we do not expect more than the typical number of rainy days. While localized spring flooding will still occur, the risk for widespread flooding is lower than normal this spring.”

Until then, let’s enjoy some early March non-freezing temperatures.