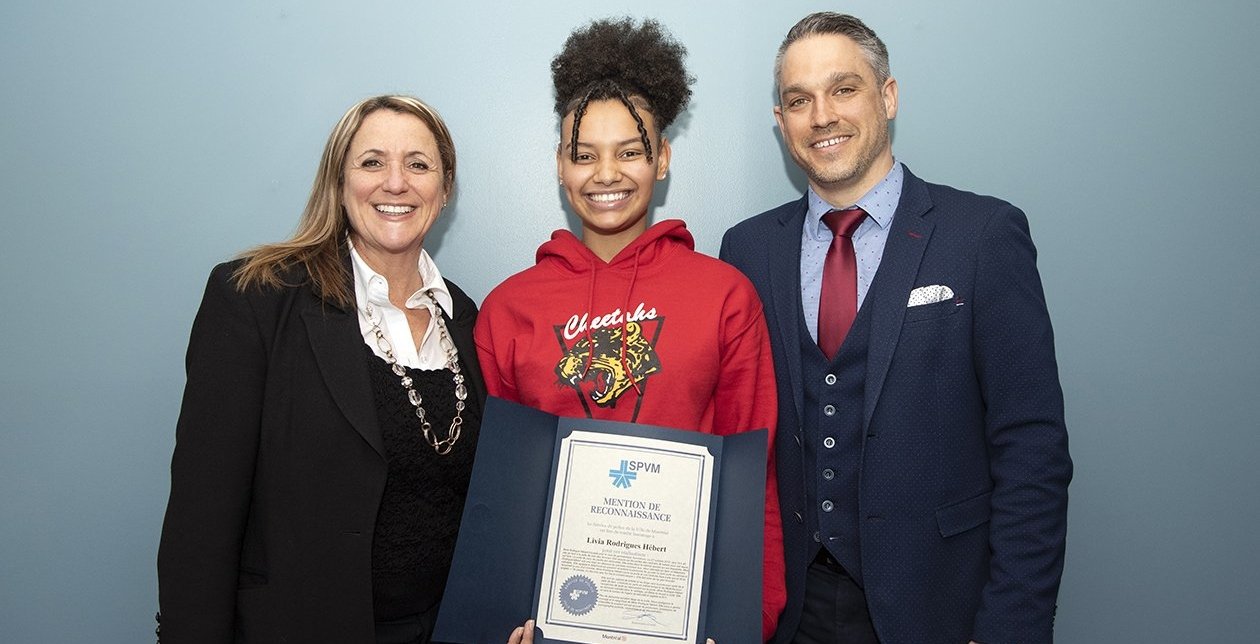 A teenage girl from Lachine is being honoured by the SPVM for helping the police force catch a suspected sexual predator.

According to Montreal police, the 17-year-old teen, Livia Roderigues, was using the washroom at the gymnastics gym she works at in Lachine when she noticed a hand holding a cellphone from underneath the adjacent bathroom stall.

Roderigues immediately reacted by grabbing the cellphone and running towards the doors, according to the SPVM. The man hiding in the stall then tried to convince the teenager to return his phone back to him.

When she refused, police said the man, who is “a lot older than her,” blocked the path to the door.

Roderigues then pushed the man out of the way, as per the release, and ran out of the washroom. She immediately called 911 and officers were able to arrest the suspect.

The Montreal police department’s Sexual Exploitation – Child Pornography and Luring Division presented Roderigues with a certificate of acknowledgement in recognition of the young girl’s bravery.

“The SPVM wants to acknowledge her courage and boldness which allowed for the conclusion of evidence that was essential to laying charges, as well as allowing for the identification and arrest of this dangerous sexual predator,” concluded the SPVM, in French.