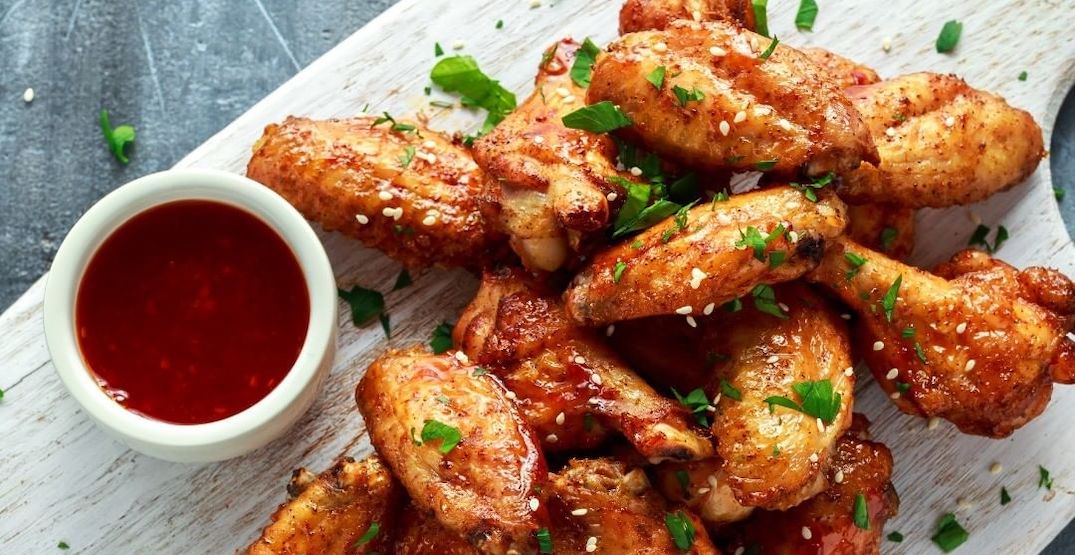 While this weekend’s Super Bowl will feel quite a bit different from years past, it won’t stop Montreal restaurants from dishing out a wide variety of takeout options.

Because sure, the game is big (and the commercials are fun) but some of us are just in it for the grub.

From all of the Super Bowl classics — chicken wings, nachos, burgers, pizza, and everything in between, here are a few local spots to keep your eye on before, during, and after kick-off.

The Kansas City Chiefs face off against the Tampa Bay Buccaneers on February 7 and you might be facing off against a pair of stretchy pants.

Here are a few spots you can try out for takeout or delivery to make your Super bowl night the best and tastiest it can be:

If you’re itching for a fried chicken sandwich or a delicious cheeseburger for the big game, Loïc will not disappoint. While you’re at it, might as well order an extra portion of their highly-addictive crispy fries.

From pies and thighs, get cluckin’ with Bucky’s, who offer an impressive platter of anything poultry related.

If you’re in the mood for all the Super Bowl goodness including chicken wings, nacho platters, and fries (along with a couple of imported beers to boot), try any of the island’s four McKibbin’s locations.

From artisanal pizza, all cooked with local and organic flour (plus some sweet delivery boxes), a big pie on the big day? You can’t go wrong.

If you want to veer away from the traditional Super Bowl eats, Boustan makes a mean Lebanese shawarma. It’s a grilled pita that’s loaded with pork, beef, or chicken and garnished with beets, lettuce, eggplant, potatoes (yes potatoes), peppers, and tomatoes, then doused in a sauce of your choice.

Grab an order of garlic potatoes on the side and deal with the garlic breath, it’s totally worth it.

Satay Brothers’ tasty menu has everything you need — spicy, savoury, fried, you name it. For some classic Singaporean street food options, try their Hainan chicken or spicy laksa.

It may not scream “Super Bowl” but their bowls are super.

Grab yourself a tasty pork, beef, chicken, or vegetarian gyro from Gyro Boutique. They put quite a feast together for not too bad of a price.

Cafe Gentile, Montreal’s beloved neighbourhood Sicilian joint, features on its menu some Italian classics (read: pasta) and a wide selection of sandwiches — including one of the best vegetarian burgers on the island.

TDs and tacos. Escondite is an authentic Mexican restaurant that has an array of decadent tacos.

Sushi may not be a mainstay on Super Bowl day but it should be. Sushi Momo is a rustic-chic bistro that specializes in creative vegan sushi rolls and Japanese entrees.

Nothing says Super Bowl like a bucket of fried chicken, some wings, and a barrel full of greasy fries. If that’s what you’re craving, Roch Le Coq should definitely be on your radar.