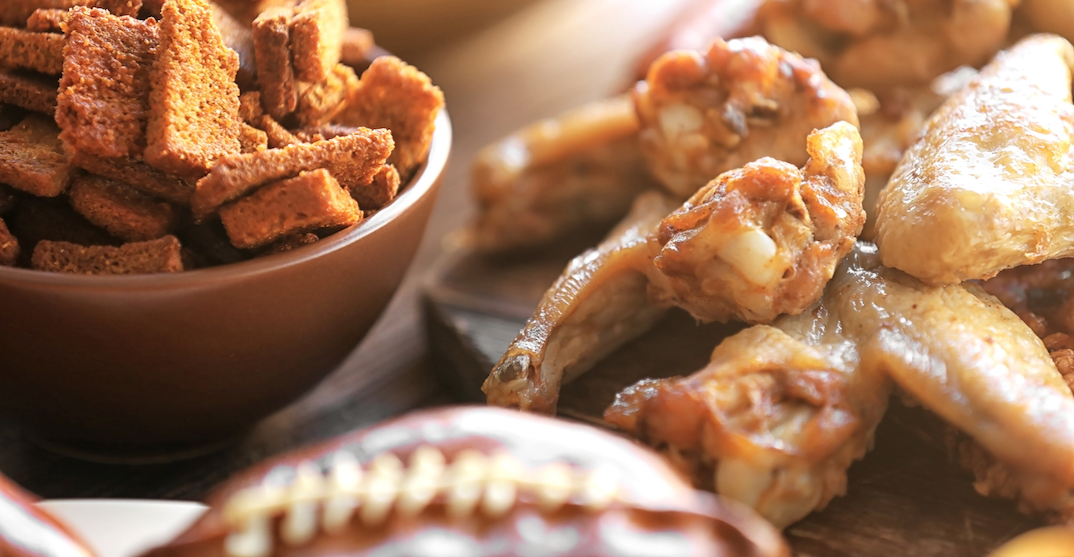 Super Bowl Sunday is fast approaching and these Montreal spots are now taking reservations ahead of February 2’s 6:30 pm kickoff.

From chicken wings, beer, burgers, big screens, and of course nachos, here are a few places offering specials before the San Francisco 49ers and Kansas City Chiefs face off at Super Bowl LIV. 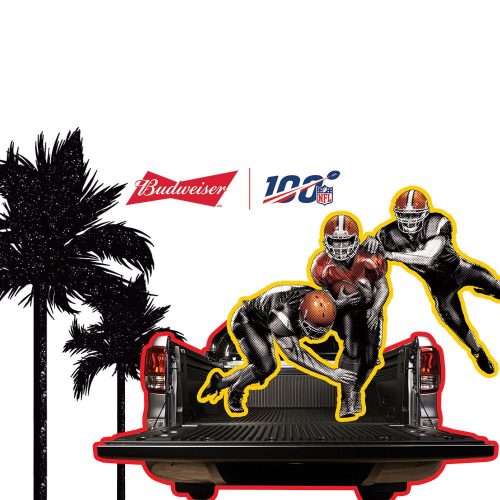 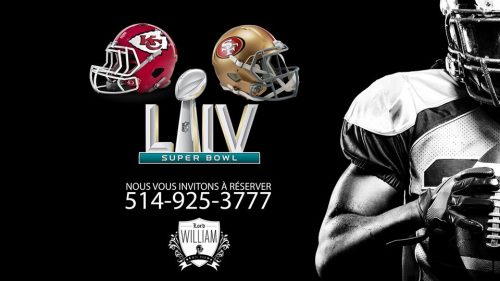 Lord William Pub is offering a slew of great Super Bowl LIV food deals and drink deals, valuable regardless of if your team wins or loses.

They’re also raffling off a Coors Lite mini-fridge that could come in handy next season.

The drink deal includes four shots of Bushmills, Canadian Club, and Jägermeister for $16 and a pint of Grolsch for a smooth $6.50

Meal options include a popcorn chicken poutine for $12, Lord Williams five-layered dip for $11, chili con carne at $8, chili nachos for $20, banana pepper cheese sticks for $12, and a Super Bowl Platter for $16 that includes pigs in a blanket, popcorn chicken, and nacho chips. 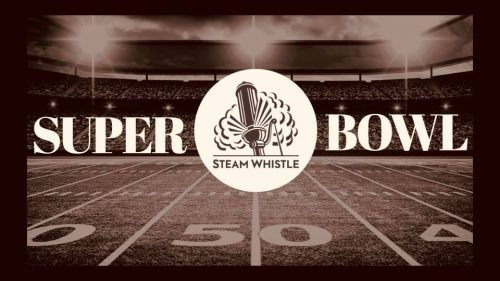 MR250 is hopping on the SteamWhistle train in celebration of the Super Bowl. Along with offering pints for $5 and a bucket of five for $25, a smooth $15 will get you a pint of SteamWhistle, a plate of fried chicken and a salad.

They also have a Jack Daniel Whiskey promotion where customers have a chance to win a gift card courtesy of the Tennesse Whiskey company. 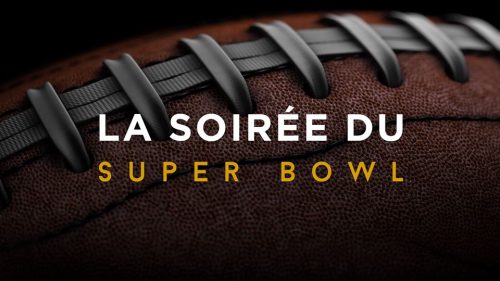 One of Montreal’s most iconic steakhouses is offering a $100 Super Bowl bash inside their cigar lounge.

Tickets give footballers access to their “delicious, high quality hors d’oeuvres,” a big screen, comfy seats, and a selection of great scotches, whiskeys, and of course cigars. 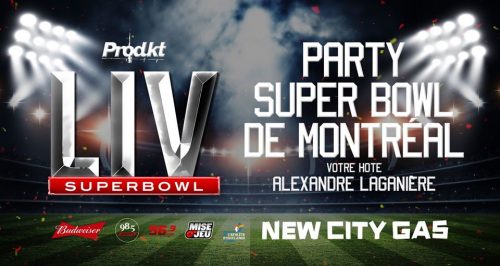 New City Gas is hosting a Super Bowl party for the first time and they’ve brought a Montreal Alouettes analyst on as its host.

Alexandre Laganière will emcee an event that features “big screens, big sounds, and big lights” inside an audiovisual atmosphere that will feature more than 600 people, according to the club’s Facebook page.

A food counter, set up like a sports amphitheatre will offer a full finger food menu and then the party opens up to resident DJs after the big game. 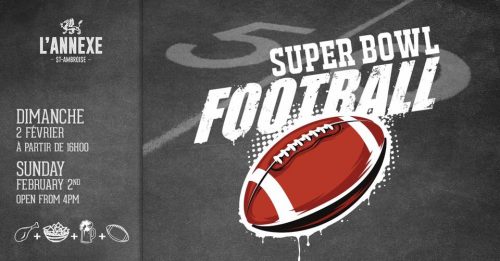 The annex of the St-Ambroise Brewery is hosting a Super Bowl bash, offering its in-house beers, tasty food, and giant screens to soak in the last game of the season.

St-Ambroise won’t be charging cover and will be honouring their usual Sunday drink deal specials.