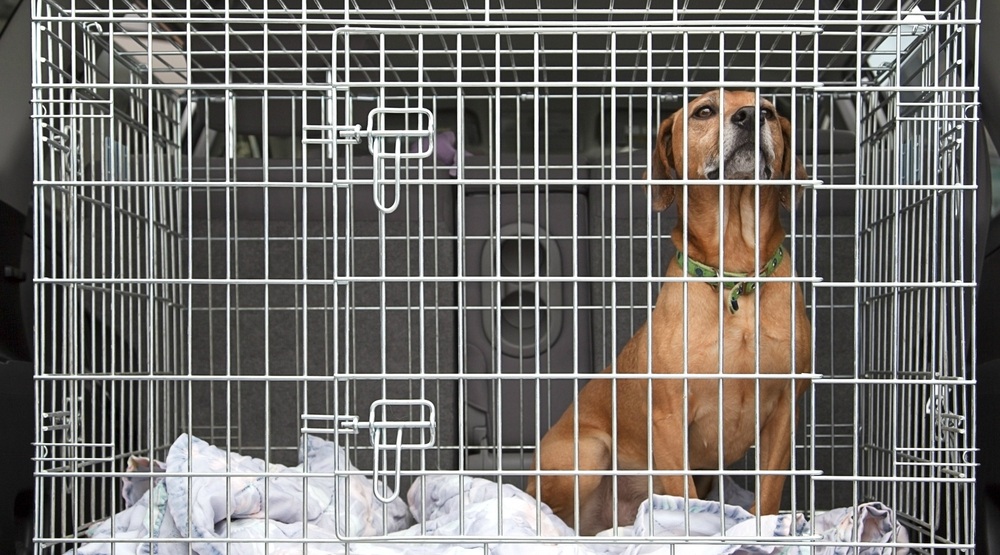 Making good on a promise it issued a few months ago when it was gearing up to go to court and challenge the City of Montreal’s pit bull ban, the Montreal SPCA has now informed Montreal residents that it will stop accepting dogs starting this spring.

In a press release issued yesterday it states that, starting March 31, 2017, it will begin excluding dogs from its animal service contracts with nine boroughs in the City of Montreal.

SPCA officials had made it very clear to both the city and all media they spoke to that, if Montreal went ahead with its legislation unjustly targeting certain types of dogs, the non-profit animal welfare society would unfortunately no longer be able to provide animal services for dogs under the various animal services contracts. The main reason being that continuing to provide these services would ultimately result in the SPCA being forced to take actions which would be against its values. In other words, the SPCA would find itself at odds with its own mission, by being forced to put down perfectly healthy dogs that it does not in any way consider dangerous to society.

In its press release, the SPCA makes it very clear that it will continue, however, providing animal services to boroughs for all other animals (cats, wildlife, and exotic animals) and for other services it provides (the trap-neuter-release-and-maintain program for feral cats and the targeted sterilization clinic for low-income families), which represent more than 85 percent of the activities currently provided via their animals services contracts.

This is the latest in an ongoing legal battle between the City of Montreal and the SPCA concerning pit bull-type dogs. While the city aims to ban all pit bull-type dogs as dangerous, the SPCA has long argued that the city’s decision was unscientific, hasty, and populist and will ultimately do absolutely nothing to solve the overall problem of dog bites.

During a previous conversation, SPCA representatives made it very clear that they would be taking a principled stand against the ban and discontinuing their animal control contracts not only to register their opposition, but because it ultimately puts them at odds with everything they stand for.

“How, in good faith, can an organization that tirelessly goes to bat for those that don’t have a voice (and in this province, barely have legislation protecting their rights) agree and go along with a bylaw that essentially condemns innocent animals to death?” stated Alanna Devine, Director of Advocacy at the Montreal SPCA.

The SPCA is challenging the animal control bylaw, and until the case is heard in Superior Court the City of Montreal has agreed that it will not euthanize any pit bull-type dogs, resulting in a number of out-of-province dog lovers and animal welfare agencies coming in to adopt pit bull-type dogs from our shelters.

In the meantime, however, many of the provisions of the bylaw that target pit bull-type dogs have gone into immediate force; including not being able to adopt these dogs in Montreal, not being able to own one if not over 18, and requiring them to be on a short lease and muzzled when in public. All dogs also have to be registered.

The affected nine boroughs are: Ahuntsic-Cartierville, Anjou, Cote des Neiges-Notre Dame de Grace, Lachine, Montreal North, Plateau-Mont Royal, Rosemont-La Petite Patrie, Southwest, and Verdun, leading many to question what will happen come springtime, which organization will take over this task, and if they will have animal welfare at heart the way the SPCA does.

Each year, the Montreal SPCA receives over 2,000 abandoned, stray, or seized dogs, a certain proportion of which are euthanized due to medical conditions or behavioral problems.

“If it had been in effect this year, the bylaw would have made it impossible to find adoptive homes for hundreds of perfectly healthy, behaviorally sound dogs. As we know, animals that cannot be adopted must too often be euthanized,” explains Dr. Gabrielle Carrière, Head Veterinarian at the Montreal SPCA, in the press release issued yesterday.

The SPCA awaits its day in court as it continues to fight Mayor Denis Coderre and the City of Montreal’s animal control bylaw. In the meantime, it will now make good on its promise and in a little over three months the SPCA will no longer accept abandoned dogs from nine Montreal boroughs.

“We will continue fighting against the City of Montreal’s repressive and discriminatory provisions of the by-law targeting pit bull-type dogs and we are eager to set a date for trial, where a hearing on the merits will take place. We will pursue our efforts with Montreal’s elected officials and repeat our assertion that public safety is fully compatible with animal welfare. The Montreal SPCA has always acted with this in mind and intends to continue to promote this principle,” adds Me Alanna Devine, Director of Animal Advocacy.

For more information on dog bites and how to make communities safer, you can go here.