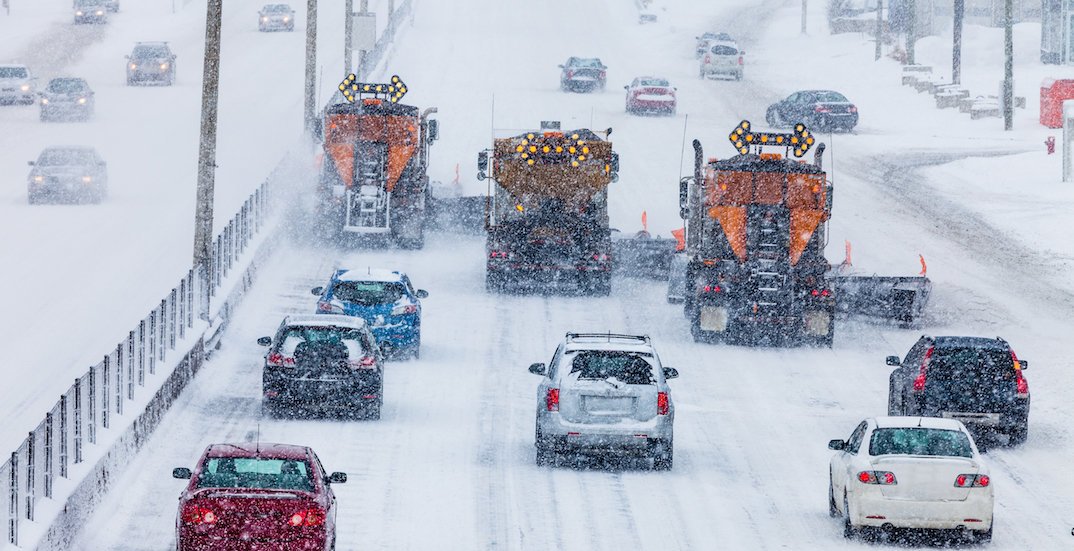 The 20 cm of snow that has covered Montreal’s streets and roads is expected to take five days to remove.

This morning, the City of Montreal launched its city-wide snow-clearing operation, the earliest it’s ever been put into motion.

In a phone call with the office from Montreal executive committee member Jean-Francois Parenteau, officials confirmed that snow-removal operations throughout the city could last until Monday, November 18.

In the meantime, Montrealers can use Info-Neige, a web-app that informs locals on parking restrictions and opening during snow-removal operations.

According to the Info-Neige website, 2% of the snow removal from across Montreal has been completed.

If you’re stressing about where to stash your car throughout the week, use the web-app’s live map to help see which streets are undergoing snow-removal and which side of the street you can park on.