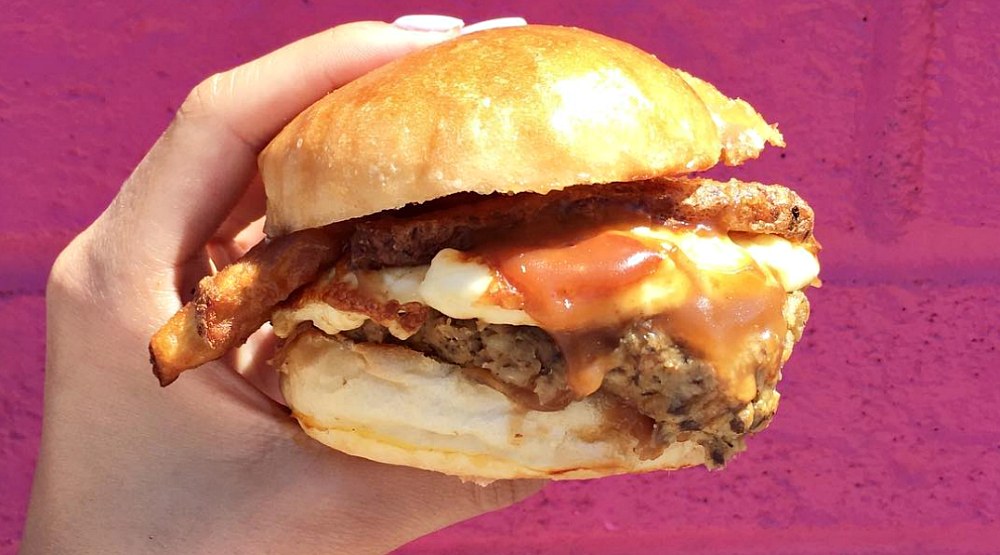 Montreal has been going all out for the city’s 375th anniversary celebrations!

So far, we’ve seen the illumination of the Jacques Cartier Bridge, giant marionettes taking over the city, and a stunning water show in Old Port.

Thus, it’s no surprise that the city’s restaurants are also jumping on the birthday bandwagon.

We recently learned that popular burger joint, Burger Royal, has created a special burger in honour of the city’s 375th anniversary.

In essence, this burger combines all of the province’s best foods, otherwise known as poutine and maple syrup!

This delicious creation is available at Burger Royal and via Foodora until May 31st.

There is also a vegetarian version of the burger that contains the same toppings (minus the bacon) but has a patty made out of roasted mushrooms and eggplant, chickpeas, tofu, barley, leeks, celery, garlic, shallots, almonds, and panko.

Be sure to visit or order from Burger Royal in the next week before this special anniversary promo is over!