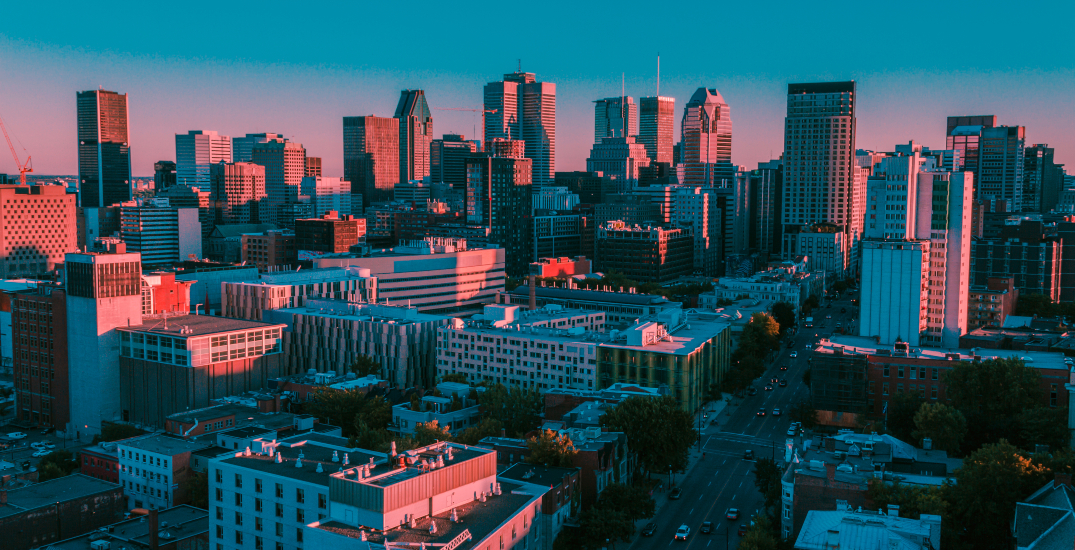 Montreal’s average rent prices continue to climb, up another $27 this May. Since the start of the new year, average prices have increased by $150.

According to new data from liv.rent, Montreal’s rental averages have been “steadily climbing,” with “notable prices” escalating in several neighbourhoods across the metro area.

The average rent price for an unfurnished, one-bedroom apartment in downtown Montreal rose by nearly 8% since last month alone, now totalling more than $1,700 a month.

The Canadian renting website says Montreal has had a “volatile few months,” citing that May is “no different.” In terms of unfinished units, Westmount’s monthly prices have risen 21.78%, St-Henri has increased by 12.83%, and Saint-Laurent has spiked by 10.5%. Verdun was the only neighbourhood in Montreal with a “significant price drop” in May (-11.84%).

In May, Montreal’s highest rent is $1,748 compared to Hochelaga-Maisonneuve, where one-bedrooms average at a more reasonable $1,192 per month. 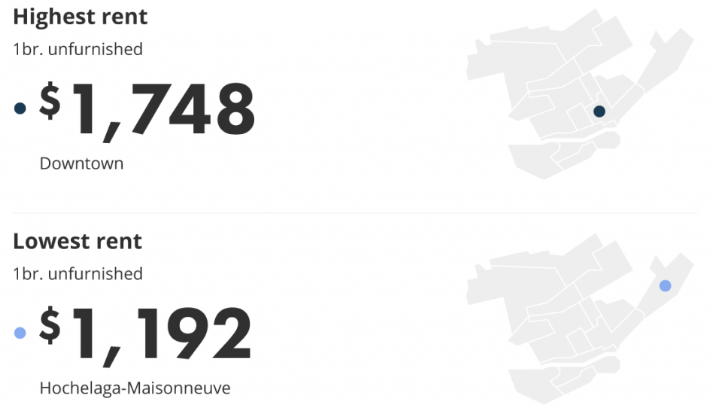 In January, the average price of apartments in Montreal totalled $1,300 per month. Liv.rent points out that rent on the island has gone through a significant spike since December and cautions the rental prices might continue to increase monthly throughout the rest of spring and summer. 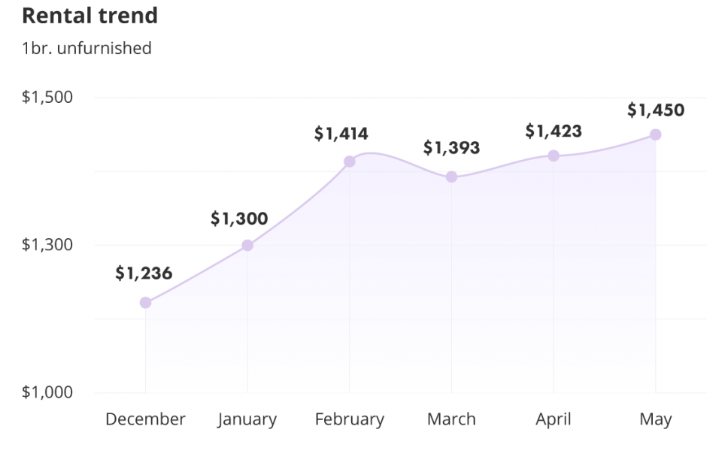 If you’re curious about Montreal’s monthly breakdown per neighbourhood and what you’re paying, here are the city’s prices per bedroom size, broken down across each neighbourhood.

The full liv.rent report can be found right here. 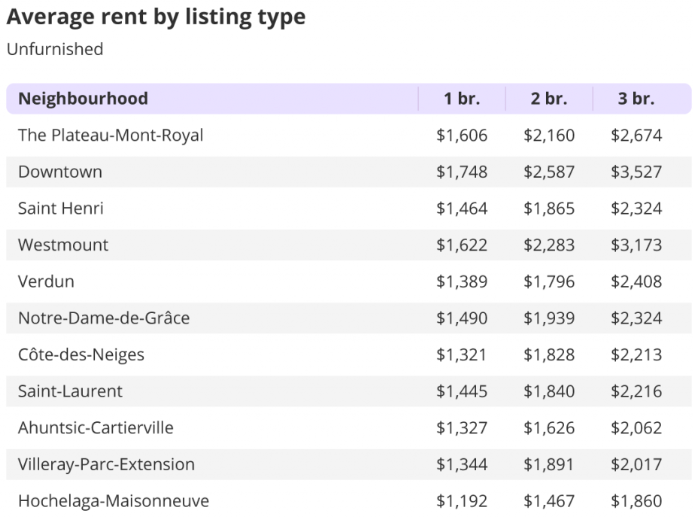