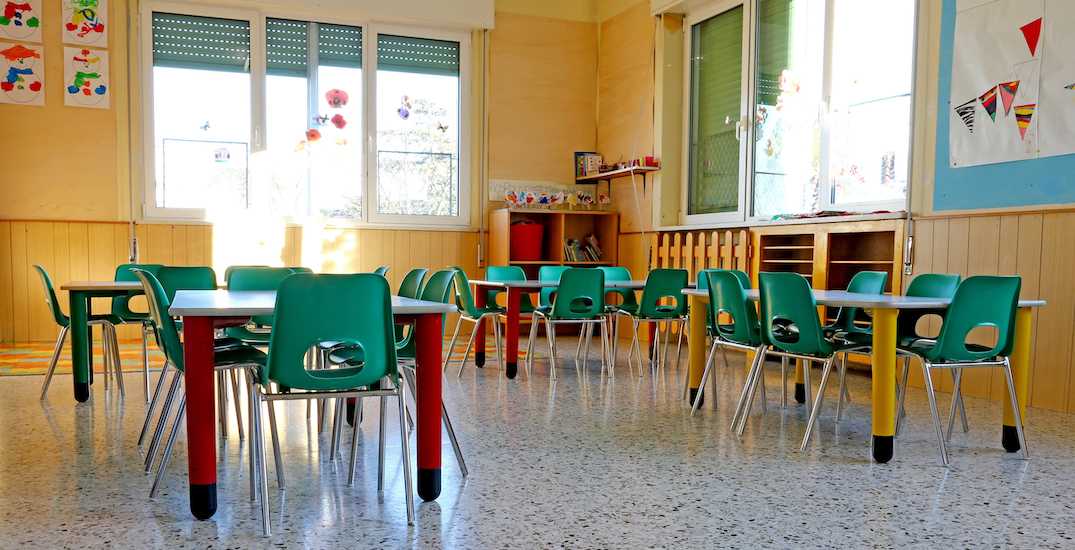 Elementary schools across the Montreal metropolitan area will not be going back to class alongside the rest of the province until September.

As part of his daily briefings, Quebec Premier François Legault made the announcement from Montreal alongside Mayor Valérie Plante, public health director Mylene Drouin, and Chantal Rouleau, the Minister of Transport.

The premier says all 82 municipalities that make up the Montreal metro area will be included in the delayed opening.

He didn’t provide a specific date but said “the beginning of September” is likely. Legault continued that education officials will “make efforts” to open certain specialized schools throughout the island.

Daycare openings in Montreal are being postponed to June 1 and the situation will be followed “closely” and public health officials “reevaluate.”

The premier added that daycares can reopen in June “if the proper conditions are met.”

When it comes to businesses, Legault says “the numbers have to keep going properly” in order to reach the May 25 scheduled date.

Legault and Plante both stressed the broader use of masks and urged citizens to wear them. “It could help convince public health to reopen businesses on the 25th [of May],” said Legault. “I understand that certain business owners are discouraged but health has to come first.”

Legault said the Quebec government will “financially help” the City of Montreal, particularly in the public transit sector, to supply face masks to STM clients and staff.

“We’ve been working on the possibility of giving masks to the entire population and it’s not simple. One million face masks is one thing, ten million is a lot more complicated.”

Legault urged Montrealers who can make their own masks to do so and said, “We are not yet making it mandatory but we are not excluding it.” He concluded, “it’s important that Montrealers wear masks, particularly if we’re thinking about reopening things on the 25th of May.”