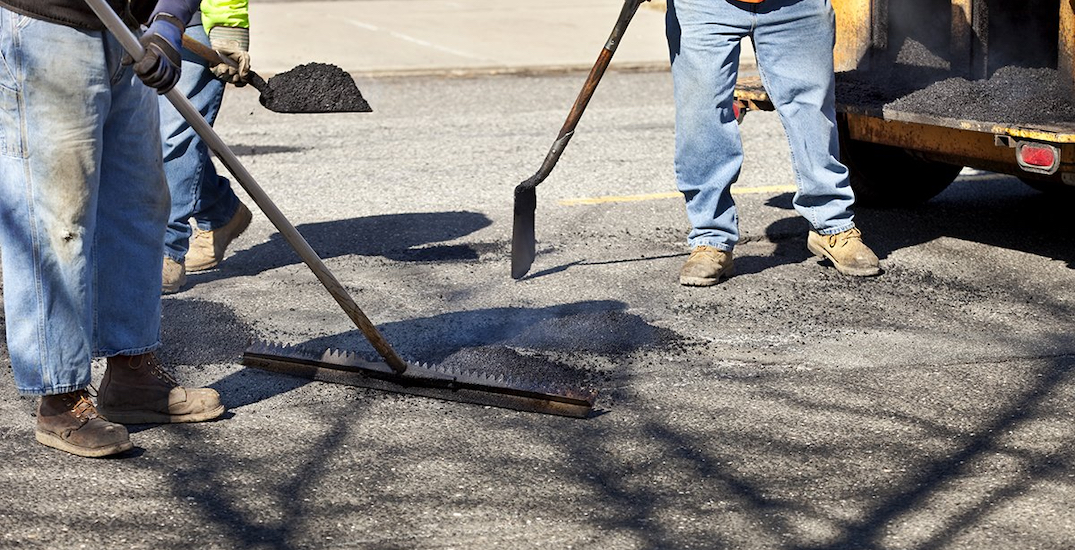 The City of Montreal has launched its first street cleaning and pothole repair operation of the spring.

As of today, street cleaning will take place “progressively” throughout traffic-heavy roads starting with Sherbrooke Street, Boulevard René-Lévesque, and Papineau Street, as well as sidewalks and bike paths.

Streets on which no-parking periods were extended to May 1 will be cleaned during phase two, according to the city.

Pothole repair crews will travel throughout the island in order to “ensure the safety and mobility of all road system users.”

The City of Montreal says all of its actions are following public health recommendations issued by Santé Quebec.

In order to limit traffic obstructions, the work will take place both day and night. The routes are decided according to the state of the roads throughout the island.

Montreal says operations must be performed during specific weather conditions which indicates whether roadwork can be carried out throughout the day or not. “It can’t be too cold and the roads must be dry enough,” states the city’s news release.

Residents are invited to contact 311 or use the Ville de Montreal app to report potholes that need repairing.