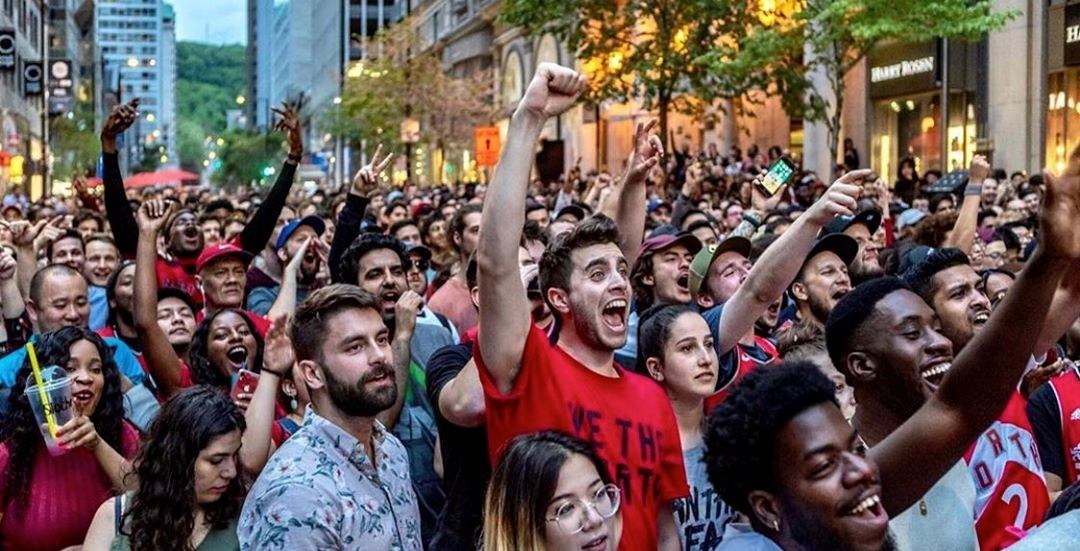 Jurassic Park Montreal is getting a sequel.

After screening Game 5 of the NBA Finals on a closed-off Peel Street on Monday night, Projet Montreal announced today that Jurassic  Park will return to Montreal for Game 6.

After a heartbreaking 106-105 loss on Monday, the Raptors will get a second chance to clinch their first ever championship title tomorrow night at 9 pm in Oakland.

Peel Street will once again host a free viewing party, complete with a closed-off block between Maisonneuve and Ste. Catherine, a big screen projector, and full street-wide sound.

An announcement has yet to be made as to when Peel Street will close, what time the viewing party opens, or the potential for a third Peel Street party should the series need a decisive Game 7 (let’s just hope it doesn’t go to that extent, to be safe).

We’d recommend hitting up a Peel Street restaurant or bar nice and early to secure a good vantage point.