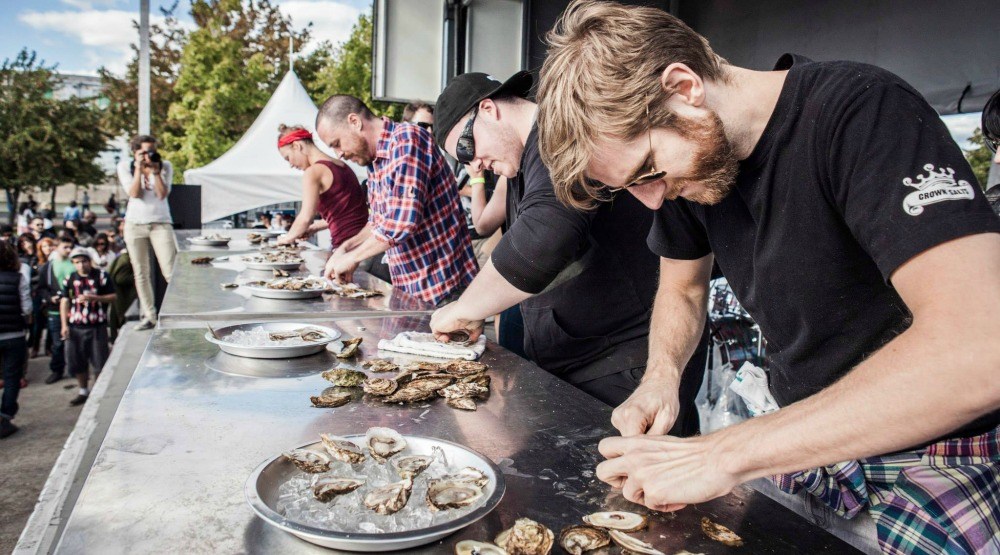 The original aphrodisiac is back!

In addition to the thousands of oysters that will be cooked to perfection and yours for the taking, Oysterfest will feature a myriad of exciting events.

There will be Oysterville Oyster Bars featuring their respective regions including PEI, NB, Massachusetts, BC, and even sponsors from 46 South coming all the way with their oysters and product from NZ.

Also new this year is the Oysterville theme – restaurants are paired up in groups and teams of three in themed tents/Oysterville Restaurants including: By The Sea, BBQ in the Meat Packing District, L’Elegance for more upscale fare, Cozy Corner, Leche with deserts, and a hip cool spot featuring Les Enfants Terrible, Soubois, and the Tomahawk Group.

Oh, and it’s not just oysters. Prepare for hundreds of food stalls selling fresh seafood to take over Terrasses Bonsecours. So if lobsters more your jam, you’re still guaranteed to have a great time.

If you want to do it up, there will be a VIP area with views of the stage for groups of 8, that you can spruce up with couches and lighting to make it your pied a terre at Oysterfest for the whole day.

As per usual, tickets sell out fast so be sure to grab yours before they’re gone!

Where: Terrasses Bonsecours, 364 Rue de la Commune East,
When: September 11
Admission: Tickets are required and are on sale now