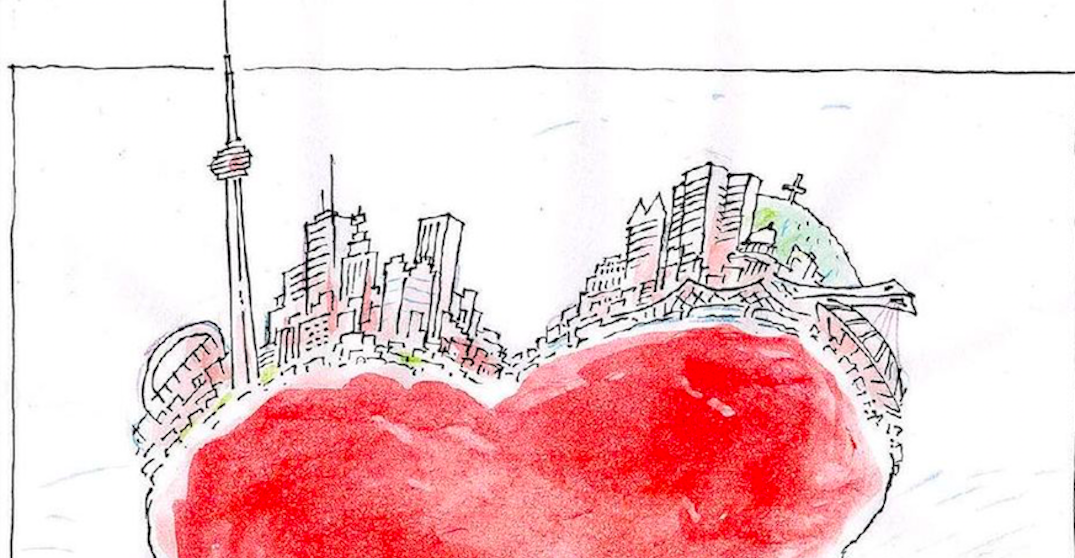 Following the deliberate mass-killing on one the busiest street in Canada, the country continues to unite.

A crowdfunding campaign on GoFundMe set up by Canada Zakat (the organization which helped distribute over $800,000 for victims and families of last year’s mosque shooting in Quebec) has already raised over $145,000 of its $1 million goal in its first day.

Canadians have put their provincial rivalry aside to stand with Toronto.

And in Montreal, one of Toronto’s typical sports rivals, the Gazette ran a heartwarming editorial cartoon.

On April 25, the Gazette published a red heart, with Toronto’s popular skyline on top.

It’s a small gesture, but the image is moving.

After being published, it was shared on reddit, and quickly became the most upvoted piece on the Toronto page. 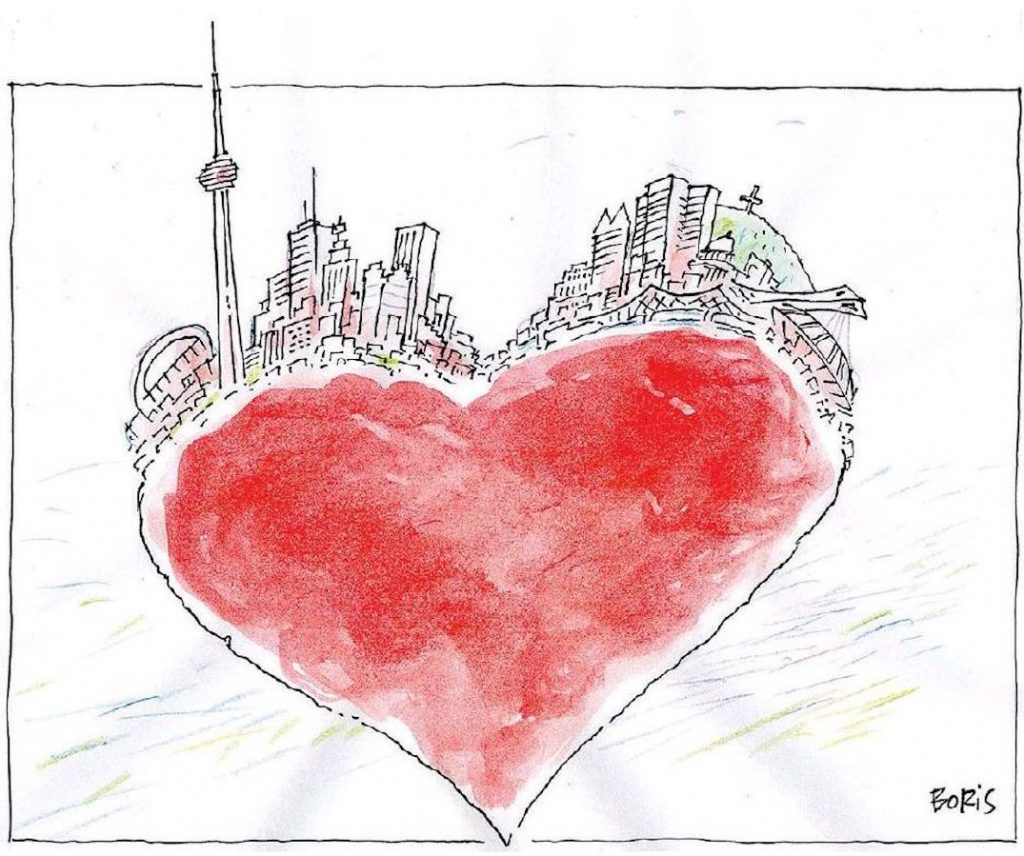 Earlier this week, Toronto Police confirmed that 10 people have died and 15 were injured and remain in hospital. They have also identified the alleged driver as 25-year-old Alek Minassian from Richmond Hill.

Minassian has been formally charged with 10 counts of first-degree murder and 13 counts of attempted murder.