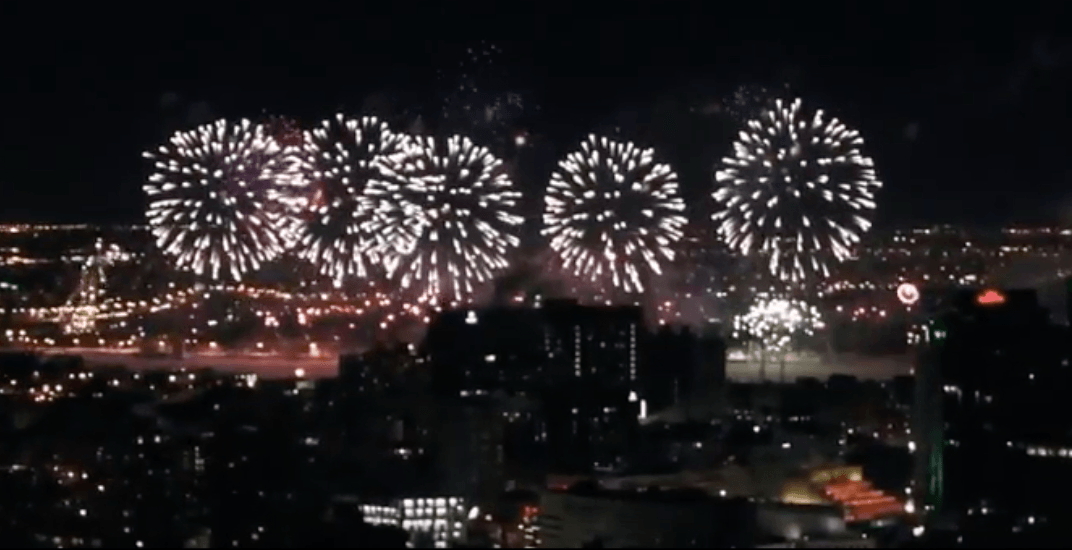 Fifteen-year-old Luca Renaud headed up to Mount Royal on New Year’s Eve with his brothers and father, who can be seen in the video.

Renaud captured views of the city, as well as the beautiful fireworks that lit up the sky on the evening of December 31.

Renaud has been making videos for about two years. He has his own YouTube channel where he mostly creates travel videos using his Go-Pro.

Renaud said he wanted to capture the vibrant spirit of the city on film.

“I wanted this video to represent the beauty of the city of Montreal, as well as the festivities. I wanted to show that Montreal is a “living” city full of amazing events, people and places,” Renaud told Daily Hive. “I wanted to show Montreal’s real colours, and how wonderful it is to live there.”

Looks like this young Montrealer has a bright future ahead of him!