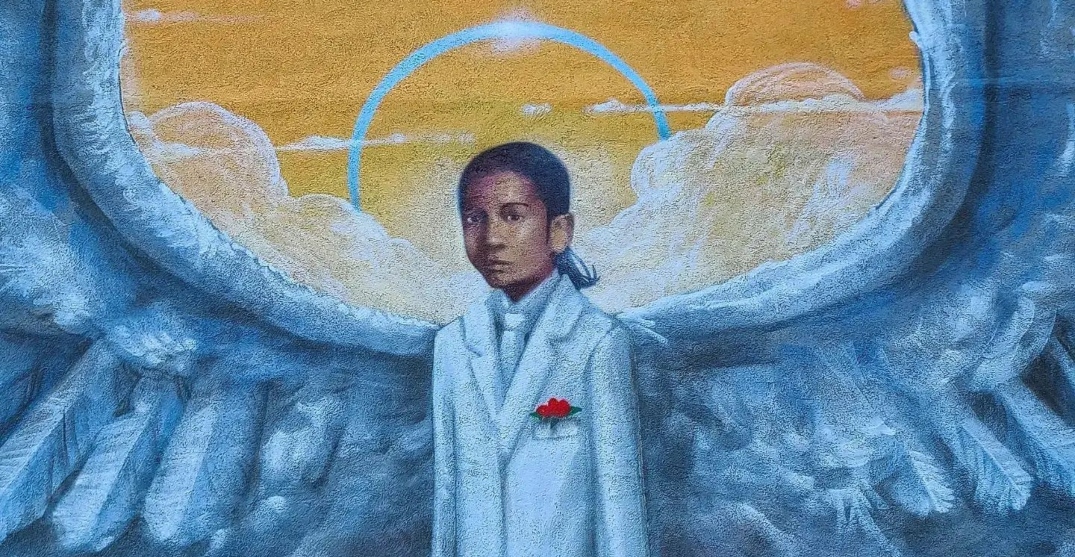 A new mural has been unveiled in Montreal’s Villeray-Saint-Michel-Parc-Extension borough, honouring 18-year-old Fredy Villanueva who was killed by a police officer in 2008.

Villanueva died on August 9, 2008, after he was shot by a Montreal police officer in the parking lot of Henri-Bourassa Arena. At the time, Fredy was playing a game of dice with his brother and three other friends in the parking lot before being approached by two SPVM officers.

In the resulting aftermath, the two officers, Jean-Loup Lapointe and Stéphanie Pilotte, said they thought the group of boys were members of a street gang, despite none of the young boys having any criminal records.

At the time, a conflict ensued between the police officers and the boys. Fredy began to walk away and after Lapointe attempted to arrest him, he fatally shot the 18-year-old who later died in hospital.

Lapointe said he thought Fredy was “reaching for a weapon” and “saw no other alternative than to fire immediately.”

No criminal charges were filed against either of the officers which lead to mass protests across Montreal and calls from citizens for reform and justice across the city’s police sectors.

MONK.E, the artist behind Fredy’s mural, says the piece is titled “L’innocence de la Nouvelle Maison” (The Innocent of a New Home), a translation of “villa-nueva,” which means “new home” in Spanish.

The Villanueva family arrived in Montreal as refugees from Honduras in the early 2000s, attempting to flee their homeland due to conflict.

“I’ve been waiting for this for a long time. The artist is amazing,” says the artist, citing Fredy’s mother. “When I saw the image of my son, I was shocked. The tears were starting to fall. I see my little one as if he was ten years old I hope everyone will see it like that, it’s the image of my son.”