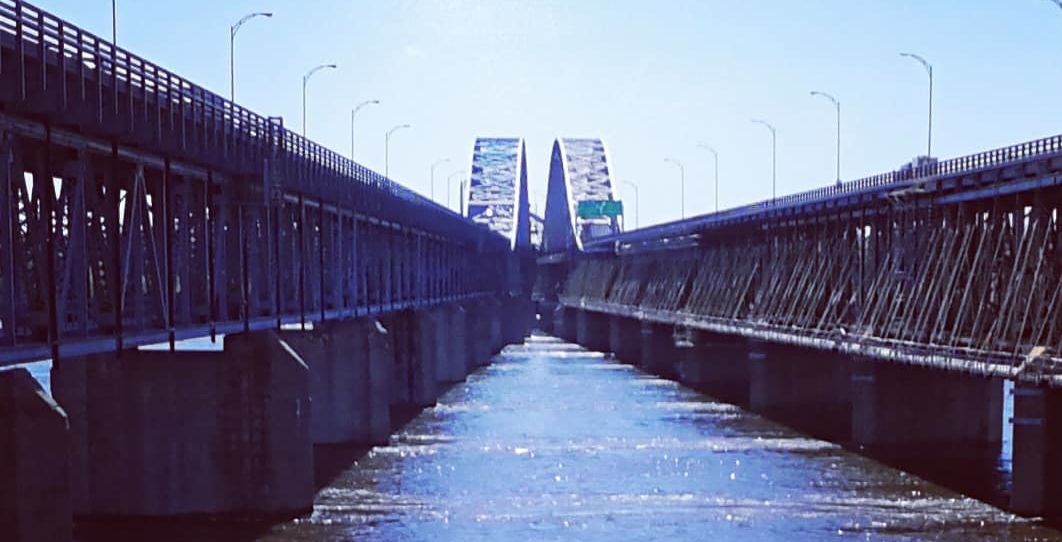 How about starting off the week with some good construction news, for a change?

Transports Québec has announced that both directions on the Mercier Bridge are now open, six days ahead of schedule.

Construction on the bridge, which connects Lasalle to Kahnawake, started on June 26 and was slated to limit the bridge to one painful lane until July 20, which is no longer the case.

Construction crews were working on one of the dual structure’s concrete slabs which reduced both inbound and outbound routes to one lane and resulted in hefty congestion.

During the construction, the 85-year-old bridge (which was twinned in 1963), banned trucks from taking the Mercier towards Montreal during morning and afternoon rush hours.

Two lanes in both directions have been going onto and off the island since Sunday morning.