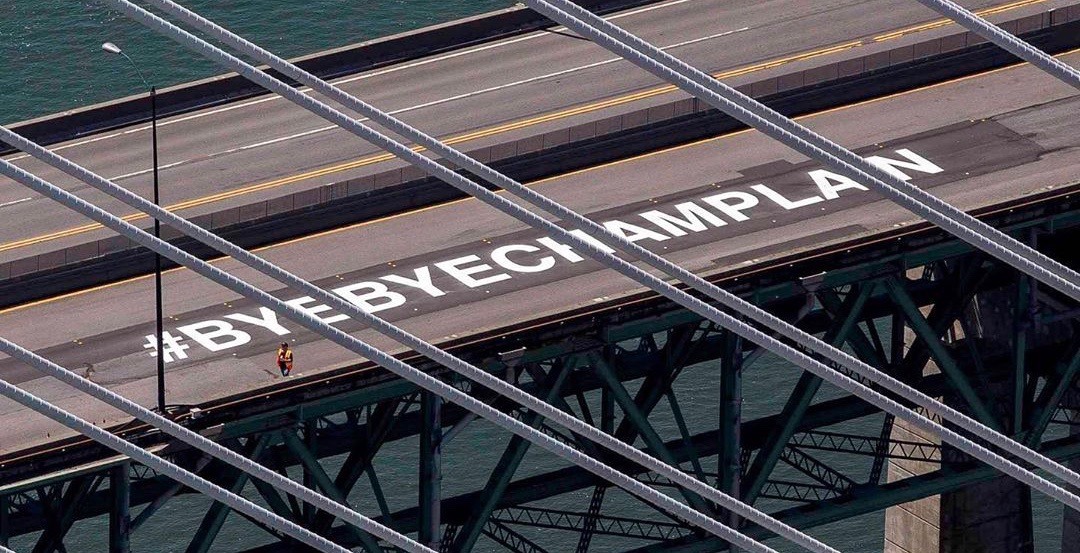 The 57-year-old Champlain Bridge is no longer in service but at least it has a hip new hashtag.

After connecting the island of Montreal to the South Shore since 1962, the bridge, which hosted over 100,000 crosses per day, is now uncharacteristically empty as its $4.2 billion heir has taken over.

On Monday, Brossard’s Mayor Doreen Assaad was among the bridge’s last travellers as a ceremony was held to say goodbye to the longstanding structure.

“Today marked the end of an era. We officially said goodbye to the Champlain bridge this afternoon,” said Assaad in an Instagram post. “I was with the Verdun Borough Mayor and PJCCI officials as we drove on the Champlain Bridge for the last time in vintage cars.”

A trio of 1962 cars paraded across the now-retired bridge, marking its final use before it gets dismantled for good. 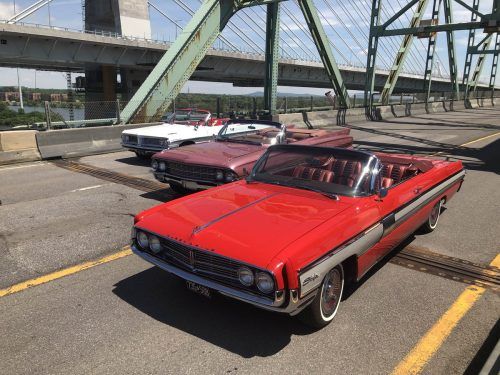 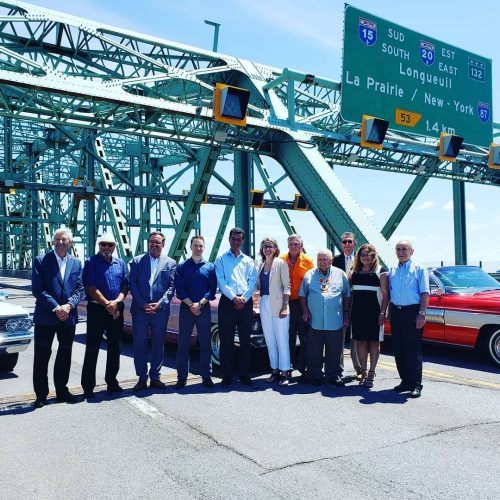 The hashtag #byebyechamplain has been painted on one of the old bridge’s lanes, giving people (especially those with aerial accessibility) a contemporary send off to share on social media. 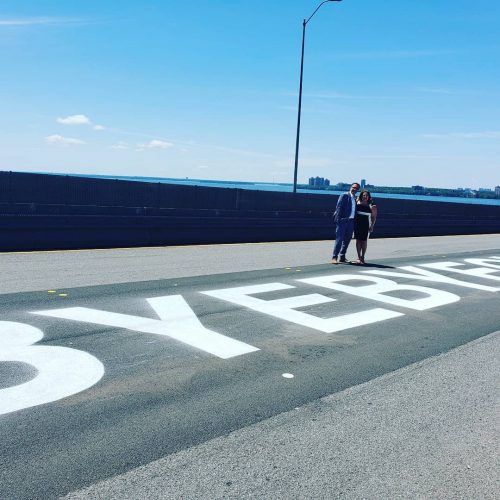 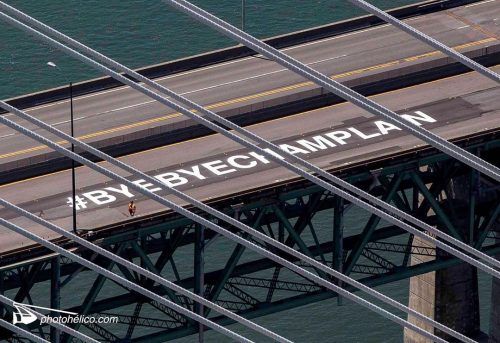 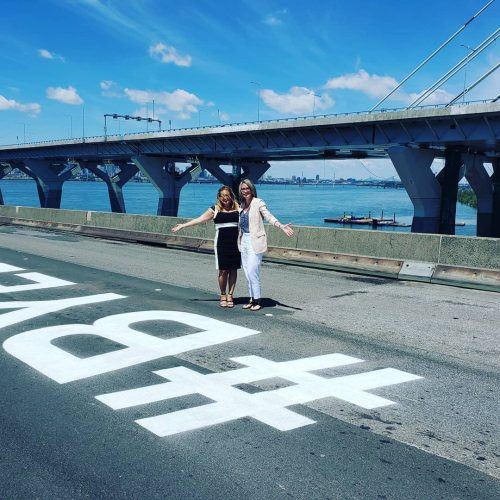