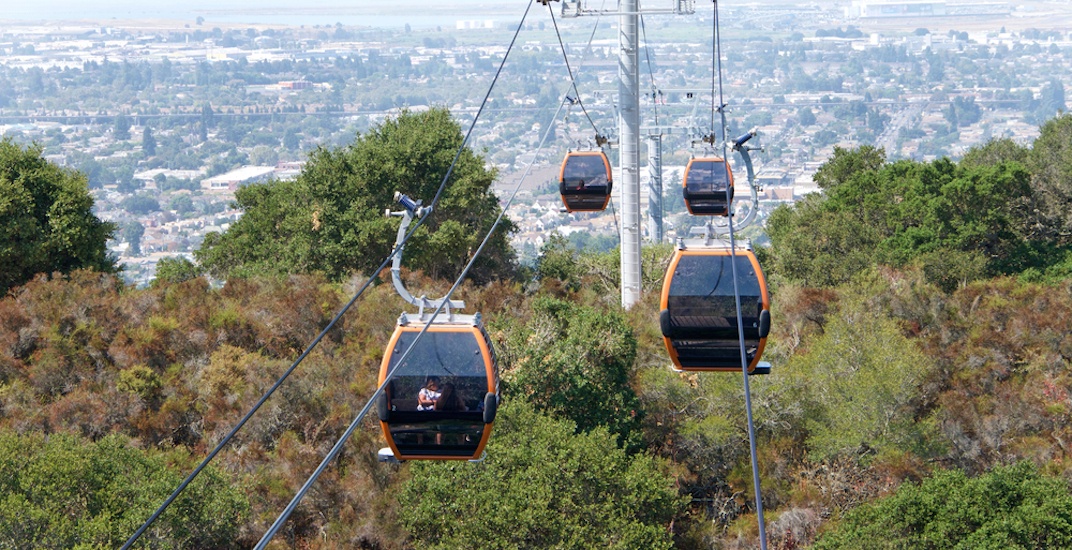 The Mont Royal gondola could be similar to the Oakland Zoo's new gondola system. (Shutterstock)

Could there be an aerial gondola transit line between McGill University in downtown Montreal to the top of Mont Royal?

Caisse de dépôt et placement du Québec (CDPQ), the largest pension fund manager in the province, is proposing to build a gondola that could provide the city with a new tourist attraction that whisks people to Montreal’s famed mountain from the city centre in less than three minutes in each direction.

The gondola line would start at the northwest corner of the intersection of McTavish Street and Doctor Penfield Avenue – just across the street from the Leacock Building of the McGill University campus. The site is just next to McTavish Reservoir.

The platform for the terminal station at the city centre will be about eight storeys above ground, which will allow the gondolas to immediately soar above the university’s Education Building and the Occupational Health Sciences buildings. Passengers will access the terminal’s platform by elevators or a series of escalators.

As for the terminus station atop the mountain, it will be located next to the large green space next to Mont Royal Cottage.

Proposed route of the aerial gondola from McGill University to the top of Mont Royal. (CDPQ)

Approximately 110 trees will have to be cut down to allow for the construction of the gondola towers, cable lines, and mountaintop terminal.

The entire route is less than 600 metres long, and there will be a dozen 20-passenger capacity cabins to provide the gondola line with a capacity of up to 1,500 passengers per hour per direction.

CDPQ will fund the projected $23-million construction cost and operate the system when it opens in fall 2020.

“We believe CDPQ’s latest investment on transportation infrastructure will only contribute to the heritage of Mont Royal by allowing more people to enjoy this wonderful landmark park in our city,” said Macky Tall, president of CDPQ Infrastructure, which is, of course, also behind the $6.3-billion REM Montreal-area commuter train.

Montreal mayor Valérie Plante, who supports the project in principle, says CDPQ’s proposal could greatly reduce car use to Mont Royal and increase the park’s accessibility.

“There have been many ideas for Mont Royal over the years, and I have to say this one just makes sense. But we shall see, more work needs to be done to ensure it does not affect the park experience or any historical monuments or unmarked graves,” said Plante, translated from French. “We hope it will supplement existing transit bus service, but more negotiations need to happen.”