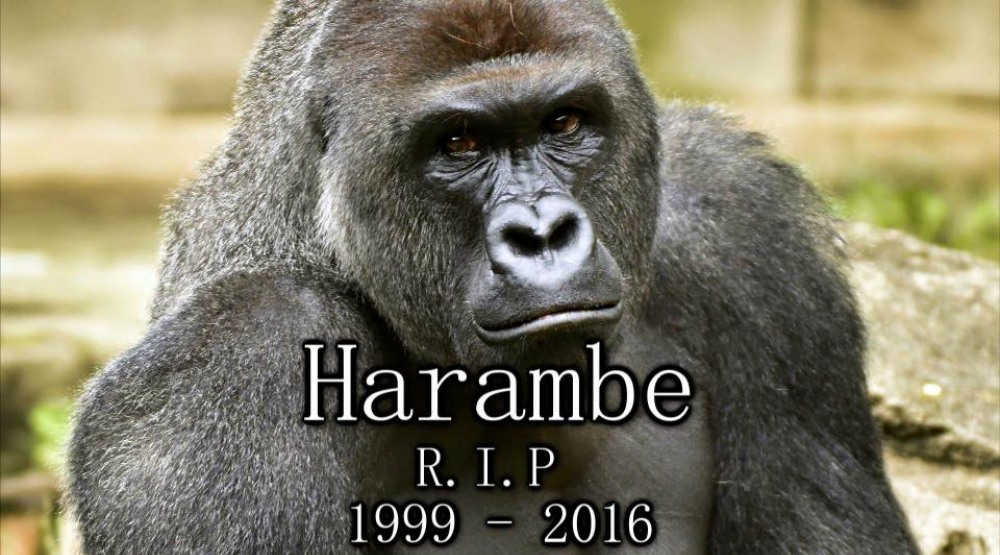 This Saturday, September 3rd, Montrealers are coming together to show their support for Harambe, the gorilla killed at the Cincinnati Zoo this past May.

Harambe was shot dead after a three-year-old fell into the gorilla enclosure, and officials feared for the boy’s life.

The March for Harambe will begin at 12 pm sharp and those wishing to participate should gather at Cineplex Forum, formerly known as the AMC Cinema at Atwater.

The description of the Facebook event reads, “On the day of September 3rd 2016, we praise the great Harambe for holding us in his hearts before he left (this is for you Harambe) we meet at the AMC at 12:00 and start our March for the one and only Harambe. ‘Harambe was not just a gorilla.’”