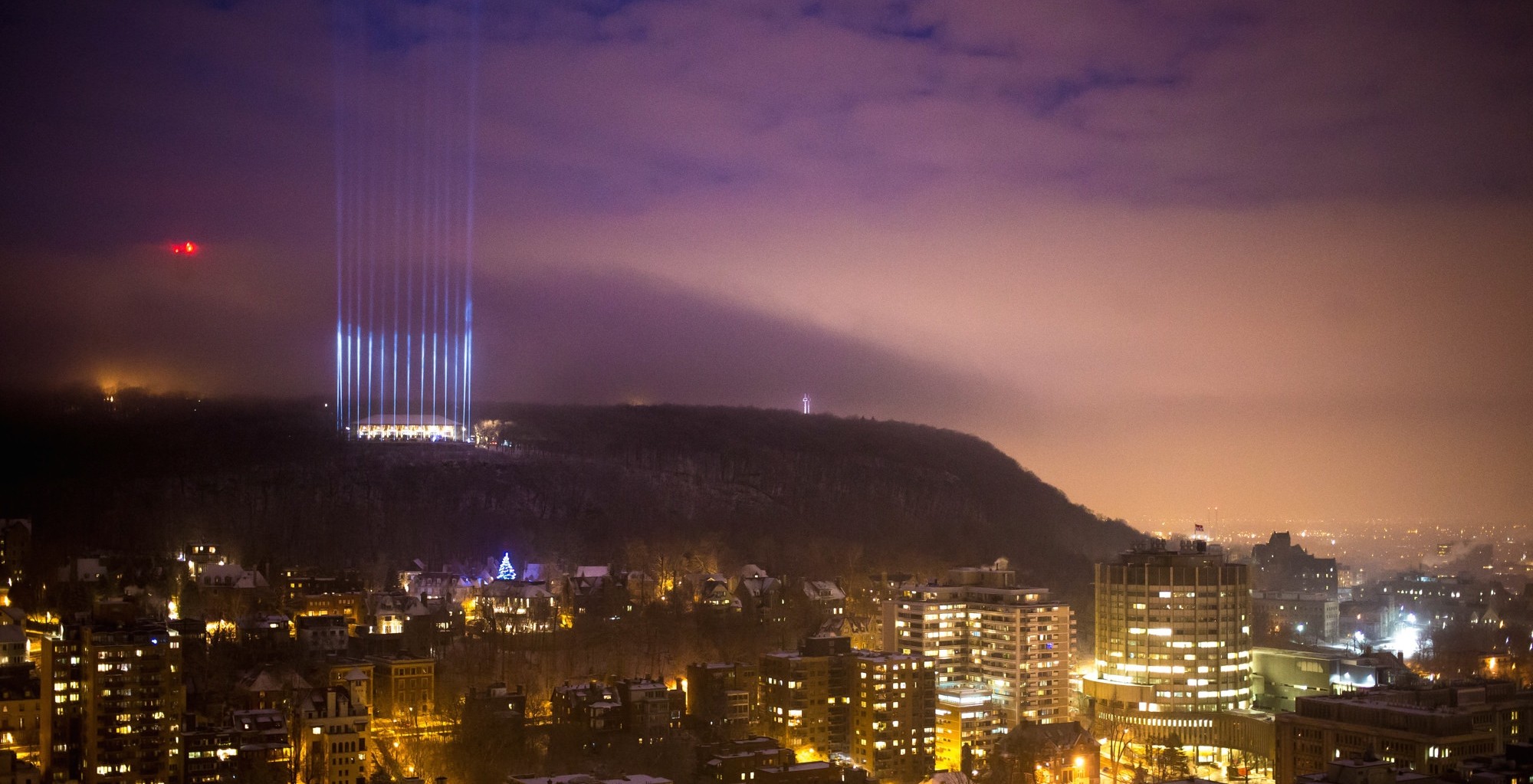 Today marks the 29th anniversary of the Ecole Polytechnique Massacre in which 14 women lost their lives.

On December 6, 1989, twenty-five-year-old Marc Lepine opened fire, shooting 28 people and killing 14 women before turning the gun on himself.

A reaction to the claim that he was “fighting feminism,” the anniversary of the massacre is commemorated alongside the National Day of Remembrance and Action on Violence Against Women.

Since 2014, Moment Factory has incorporated an extra special commemoration in the form of a light installation atop Mount Royal. 14 beams of light, in honour of the 14 victims, light up the night sky.

The tradition continues tonight with officials gathering at Belvedere Du Mount Royal and reading the names of the 14 victims aloud, a beam lighting up with each name read.

Prime Minister Justin Trudeau issued the following statement today, on the National Day of Remembrance and Action on Violence Against Women:

“On December 6, 1989, at l’École Polytechnique de Montréal, 14 young women were brutally murdered, simply because they were women. Today, on the National Day of Remembrance and Action on Violence Against Women, we mourn the loss of these promising young lives. We remember the victims of this hateful act of violence, and unite against the misogyny at the root of this tragedy.” 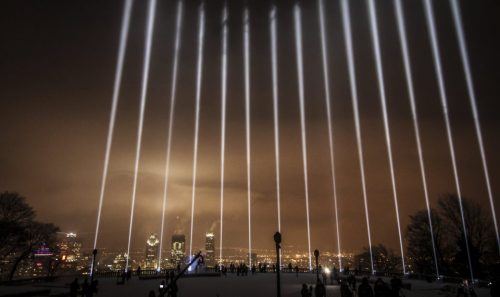