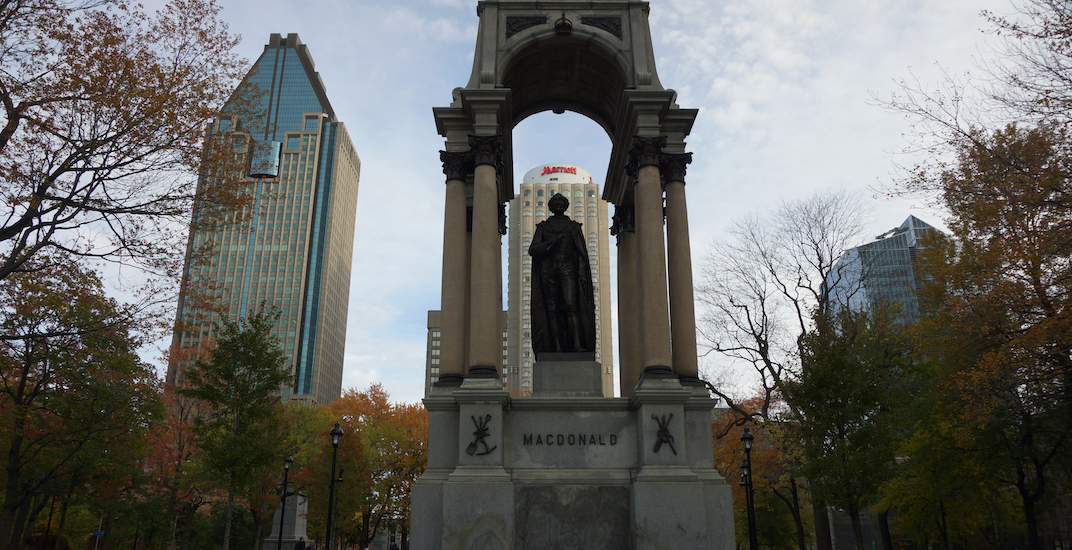 “There is absolutely no reason or room for a racist, colonial, white nationalist to be celebrated on unceded Indigenous land,” reads the petition. “The very fact that this monument exists is an example of the whitewashing of cultural history.”

The petition states that in light of recent Black Lives Matter protests, confederate monuments have been taken down in different cities throughout the US and it’s time for Canadians to “revise the meaning of our own public monuments, and their effect on the legacy we wish to correct.”

Place du Canada’s John A. Macdonald statue has been vandalized many times by protesters in the past, often covered in red paint by anti-colonial activists. 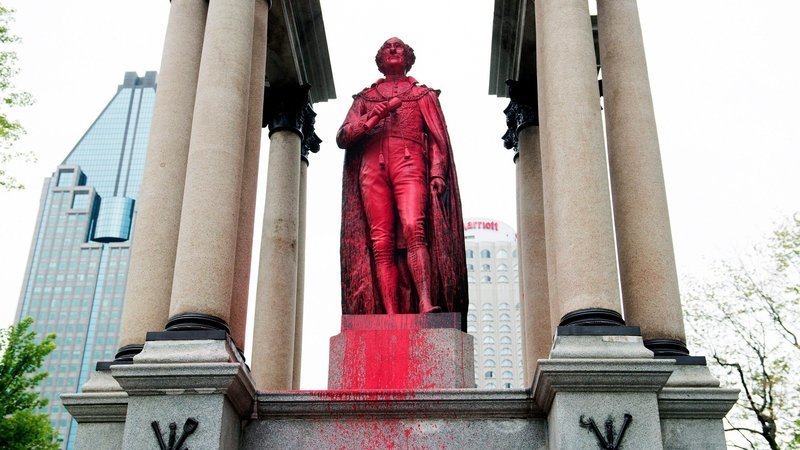 The petition was launched last Friday and as of this writing has received 11,290 signatures of its 15,000 goal.

Macdonald was one of the founding fathers of the Canadian confederation and the country’s first prime minister. According to the petition, some of Macdonald’s “lifelong projects” include openly promoting the preservation of a so-called “Aryan” Canada, the Chinese Exclusion Act and the Chinese Head Tax, and using “starvation tactics” to kill large numbers of Plains Indigenous people.

“Montreal public spaces should celebrate collective efforts for justice and liberation, not genocide and white supremacy,” concludes the petition. “This is not a stand-alone issue. There are many monuments of racist white nationalists in Montréal- and one by one they will ALL see their fate.”

If you want to add your name to the petition, visit the change.org website.