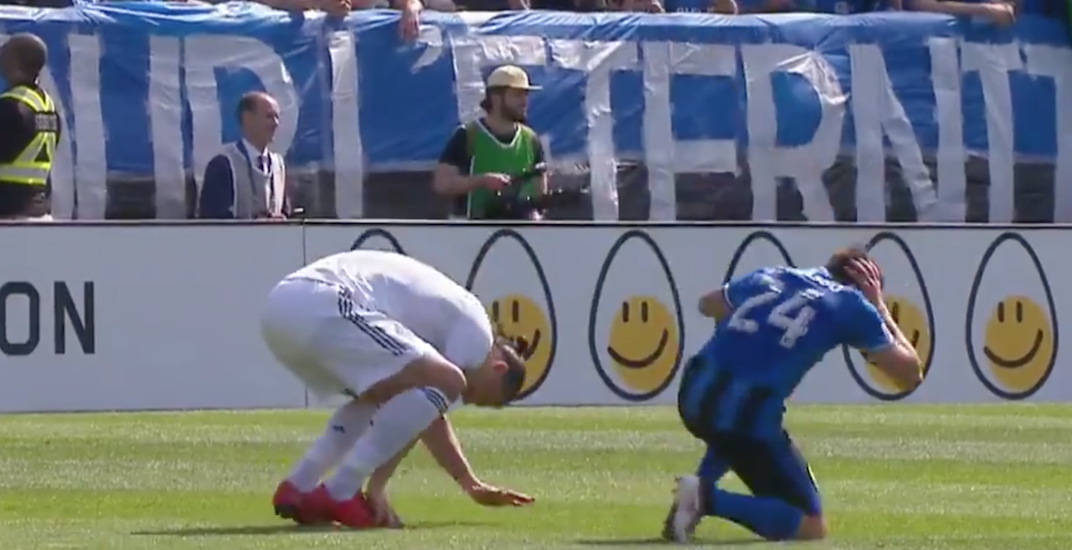 It had to be done.

Zlatan Ibrahimovic, who was named the 25th most famous athlete in the world today by ESPN, made headlines for all the wrong reasons on Monday.

The Swedish soccer star was given a red card in the 41st minute at Saputo Stadium for slapping Montreal Impact defender Michael Petrasso in the head, retaliating for having his foot stepped on.

This is soccer, so naturally both players fell to the field, acting as if they were each in great pain. Only Ibrahimovic was ejected.

The LA Galaxy went on to win the game 1-0 despite the ejection, but the Impact enacted a measure of revenge on Tuesday in the form of an internet meme.