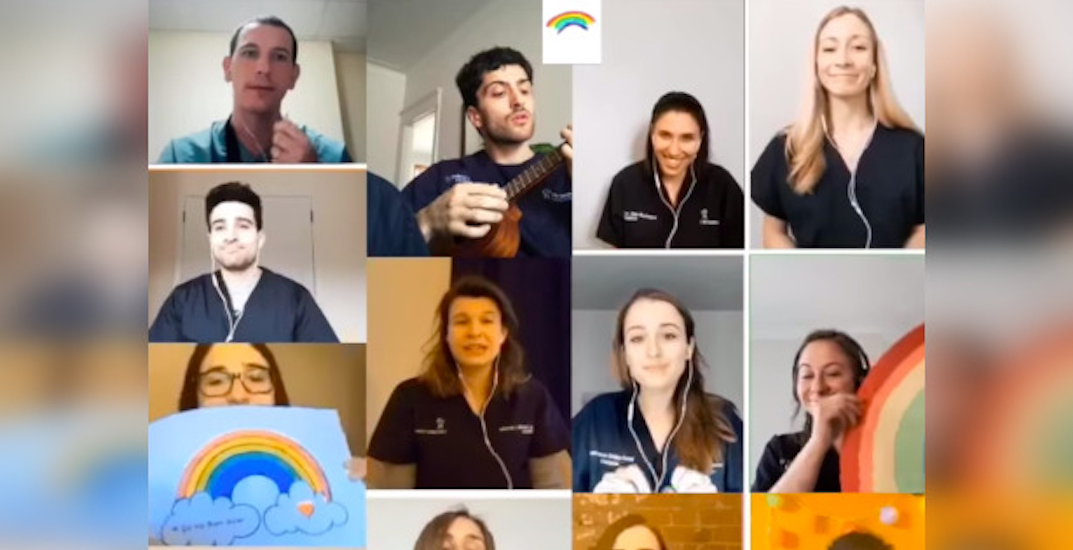 Seventeen medical staff members from Sainte-Justine hospital performed a virtual rendition of Judy Garland’s ‘Over The Rainbow’ to support the #cavabienaller campaign.

Rainbows have become a symbol of hope and solidarity throughout the city, and the world, as several buildings and structures across Montreal have joined in on the movement by lighting up their facades with a variety of colours.

The video shows medical staff, some singing and dancing, and some playing instruments, performing Garland’s hit from the 1939 film The Wizard of Oz in their work scrubs.

“By performing the song “Somewhere Over the Rainbow,” the medical residents of CHU Sainte-Justine found their way of telling you that everything is going to be fine. Thank you for your commitment to patients and their families! 🌈 # çavabienaller,” reads the Facebook post.

The video collage was uploaded on Tuesday and has amassed over 11,000 views.