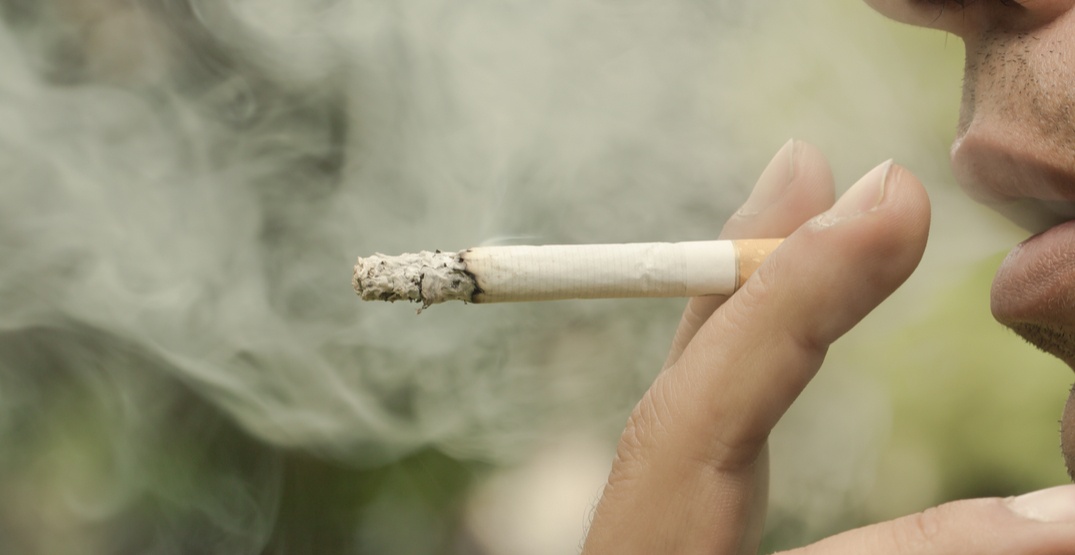 The Montreal suburb of Hampstead is looking to ban smoking in all of its public outdoor spaces, including on streets and sidewalks.

The town announced the proposed bylaw to the public on its website on March 6.

“Second hand smoke is dangerous, especially for the elderly, people with lung diseases, and children,” said William Steinberg, Mayor of Hampstead, in a statement.

“That is why we are banning smoking in public. Once marijuana becomes legal, smoking it will also be banned in public spaces.”

According to the drafted bylaw, the ban would prohibit “tobacco use on all municipal properties including parks, streets, sidewalks, municipal vehicles, municipal buildings, and land adjacent to such buildings.”

However, the bylaw will not apply to electronic cigarettes because they are not considered “tobacco products.”

Those who violate the bylaw could face fines ranging from $100 to $300 for first offenses and $200 to $600 for subsequent infractions.