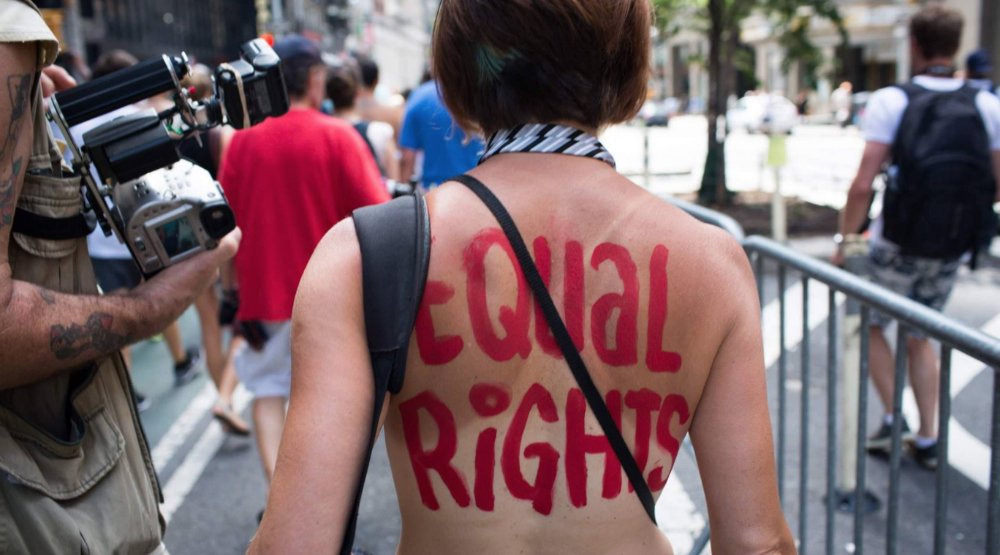 Tops are coming off for equality.

Go Topless Day is being celebrated around the world (including in Montreal), on August 26, 2017.

This date happens to coincide with Women’s Equality Day in the United States, as it was on August 26, 1920 that women first earned the right to vote.

Thus, organizers of the event believe it is “only logical that GoTopless Day protests would fall on Women’s Equality Day since the right to go topless for women is based on gender equality as their right to vote once was.”

On Saturday, August 26th, Montreal women are invited to converge and stand up for a women’s right to go topless in public.

The Montreal event is currently scheduled to begin at 4 pm and last until 7 pm, and the meeting spot as per tradition is Monument Sir George Etienne Cartier in Parc Mont Royal.

In light of a Montreal woman being threatened with a $1000 fine for tanning topless in Jeanne Mance Park last month, this political event couldn’t come at a better time!